Since He Started Dating Ana De Armas, Ben Affleck Has Transformed His Look

Famous Hollywood actor Ben Affleck, 47, is madly in love with his girlfriend and fellow actress Ana de Armas, 32. Since the pair started dating, Ben has transformed his look in more ways than one and seems to enjoy life like never before.

The Academy Award winner can be seen in public with Anna a lot. They go everywhere together, always holding hands, and with a constant smile on their faces. The cute looks they give each other are quite obvious! Besides slimming down, Affleck takes more care about his facial hare too. 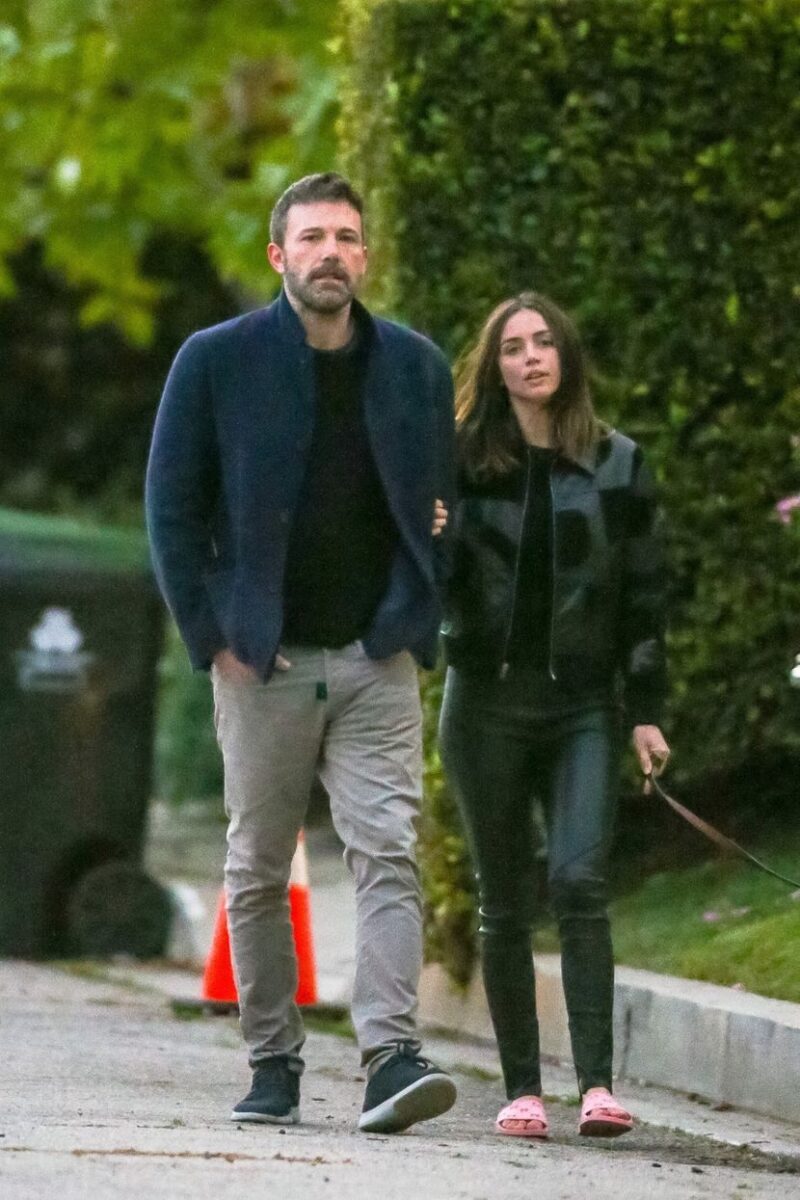 His hair and beard were sometimes messy before he met Ana. Then, he rocked a semi-gray look. Now however, he stepped outside with a very dark beard, and similarly black hair. This surprised his fans and the media a lot. Affleck went with a relaxed and casual look, wearing a grey and orange tracksuit, dark grey sweatpants, and a gray T-shirt. Ana was more formal, as she picked a cute white dress. 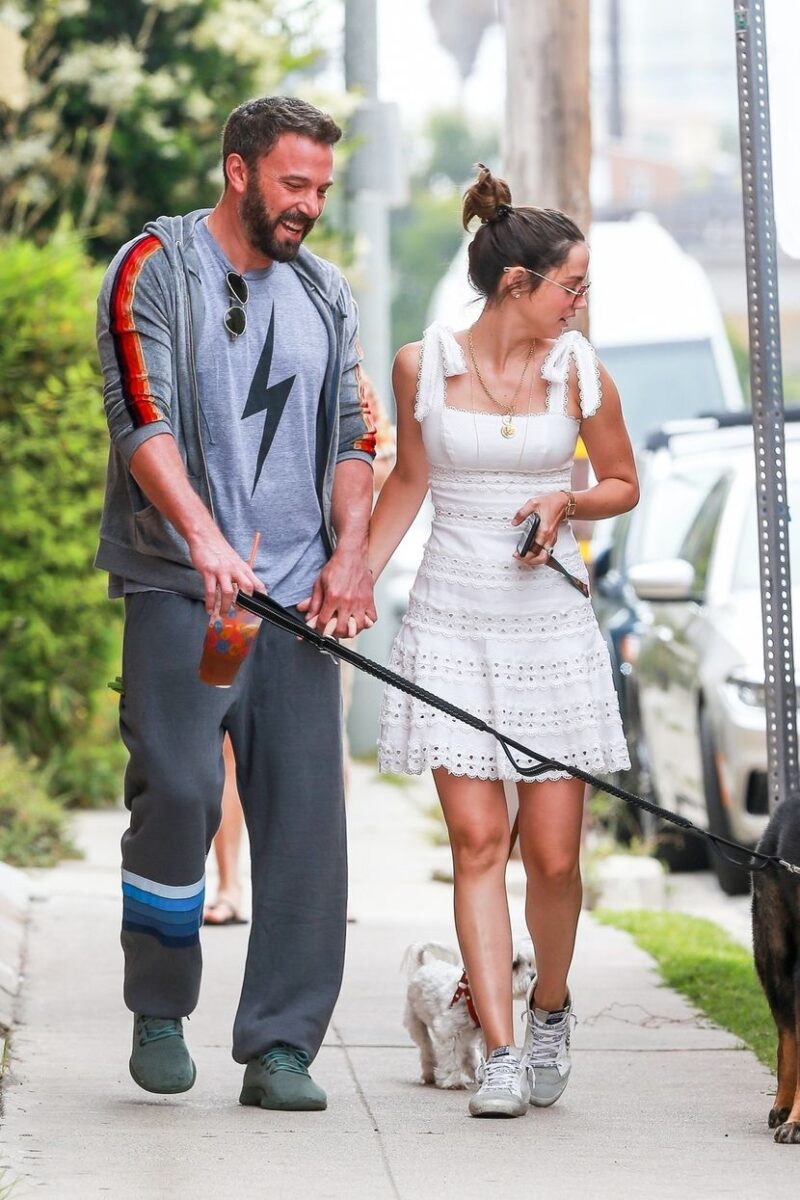 Both of them brought sunglasses. Ben held an ice tea and a dog leash in one hand, and held Ana’s hand with the other. She carried her smartphone. Her hair was tied in a messy bun. As always, they seemed to enjoy walking their dogs together, which become one of their favorite activities recently. Their relationship took a step further when Ben decided to introduce Ana to his three kids, which he has with actress Jennifer Garner, 48.

Read also: Ben Affleck’s Doctor Has a Message for Paparazzi