Something like this can only happen in the Balkans. Borders can be somewhat messy when it comes to this region, where there was much distress throughout history. At the moment, we have an ongoing European Volleyball Championship, which has a couple of participants from Balkan. We’re mostly talking about the teams of Serbia and Bosnia and Herzegovina.

While we have a duel between regular Balkan rivals, this time it goes even further. The wars in the past in this region were dubbed as Brother-killing wars, as it was seen as a battle of ethnically similar people. This time around on the volleyball court we’ll have sisters, Dajanu and Tijanu Boskovic going at each other. It is the first match of Group A, which is at the same time a historic one for Bosnia being their first at a major tournament. 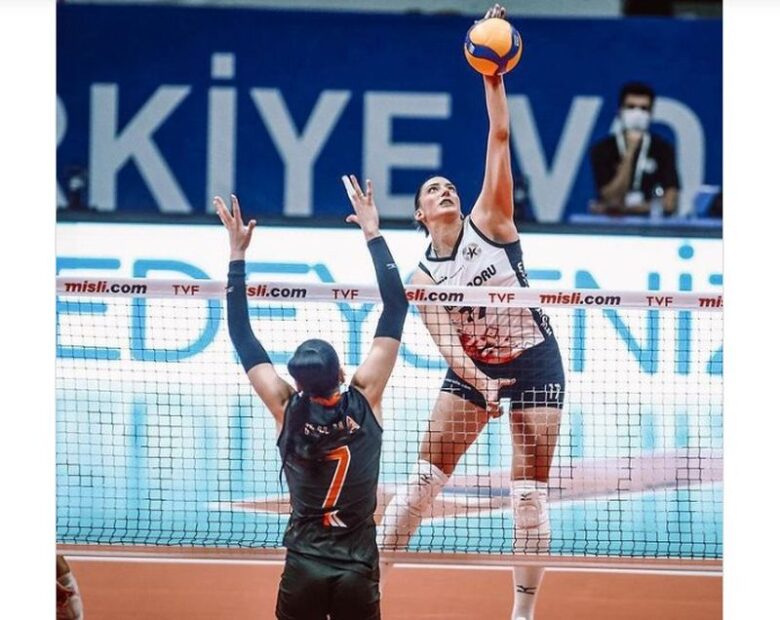 What makes it even more interesting is the fact that two sisters are playing on opposite sides. It is not a usual event to see siblings playing for different countries, especially in this region where nationalism still roams strong. The two sisters were born in Bileca, and it was fate to pair them together on opposite sides of the first match of the European Volleyball Championship.

Dajana Boskovic plays for Bosnia and Herzegovina, and the Turkish team Kuzeyborua, and she’s the older sister. Dajana is three years older, and after attending college in the United States she came back to Europe to sell her trade. At the same time, her sister plays for Serbia and also a Turkish side Eczacıbaşı VitrA. At the moment she’s considered to be one of the best volleyball players in the world. This won’t be the first time that the two girls play against each other as they already had encountered in the Turkish championship.

They have talked about playing against each other in the past, explaining that it’s a special feeling. But both ladies stressed out that this time it will be something completely different. Playing for their respective national teams brings much honor to both of them, and a win is going to be imperative. The first match they’ve ever played against each other was last year on September 5th. Talking about the encounter, Tijana said:” This was a special match for me. It was the first time me playing against my sister Dajana. It was exciting, and it made me feel proud because of it.”

When it comes to the volleyball Euro Championship, Serbia is the favorite to win the match, but Bosnia will hold its ground especially because of Dajana. The Southern Balkan country will try to leave a good impression at their first big competition. The championship starts on August 18th, while the match we’re talking about will be held on the 19th of August. Other teams in group A include France, Azerbaijan, Russia, and Belgium. Four teams will secure their place in the quarter-finals.

How Often Should Automatic Doors Be Serviced – 2022 Guide