When you are at the top, everyone wants a piece of you. At the moment, Roman Reigns is the apex predator in the WWE. But in this company things change fast, so his throne might be shaken. One man who would love to take Roman on is no other than Goldberg. At the moment, Roman is the Universal Champion, and the title is his to lose.

At the same time, Goldberg has a match of his own with Bobby Lashley, with the title at sake happening at SummerSlam. There’s a lot of talk about what’s coming next to WWE, and because of this Goldberg was a guest on The Bump. There, he had a lot of positive things to say about Roman Reigns. While praising him, Goldberg also added that he would love to fight The Tribal Chief: “What Roman’s been able to do for the past couple of years is freaking unbelievable. I think it’s fantastic, I think Paul Heyman has a lot to do with that. I’d love a piece of Roman Reigns.” 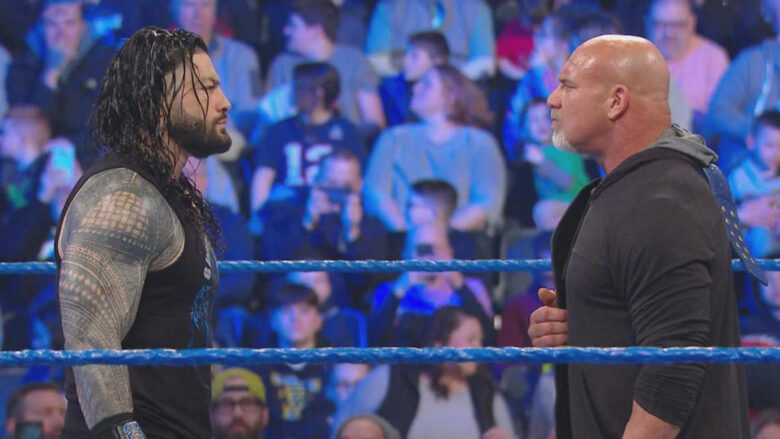 It’s not like Roman needs any more praise. His persona is now one of self-appreciation. In one of his latest tweets, the Universal Champion wrote: “Different than anyone before. Levels above anyone else or anything in this industry. #AcknowledgeMe.”

Goldberg acknowledged his skill, and the work he’s done, but now wants to fight him. Interestingly there was a slight chance that the destined bout could happen at Wrestlemania 36. It was during the last year’s WWE Super ShowDown 2022 in Saudi Arabia that Goldberg came into possession of the Universal Title after putting down Bray Wyatt. It was not long, and Reigns wanted to take him on for that same title. Roman proposed Wrestlemania 36 as their arena for the title.

It was all settled down and the bout was scheduled. Unfortunately, in today’s times, there’s nothing written in the stone, and the match that was dubbed as the Battle of Spears was canceled. The reason was Reigns’s backing out due to the COVID-19 pandemic. 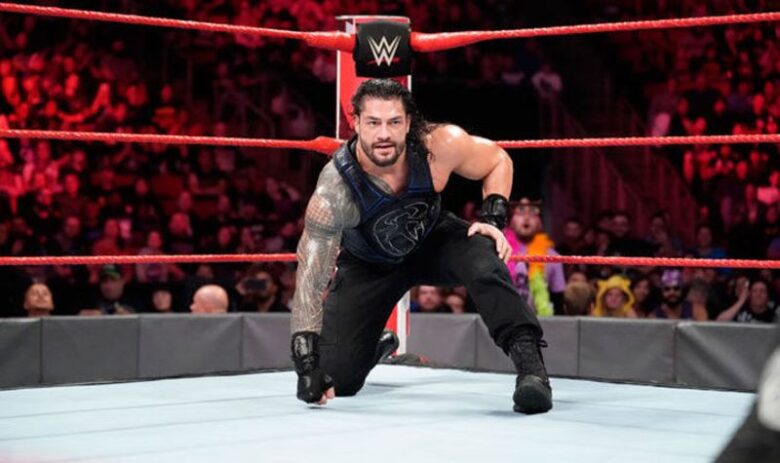 Shortly after the cancellation, Roman explained his decision. This was what he had to say back then: For me, it was about putting my family first. And right there, if I had to retire and that’s what was gonna be asked of me, I was willing to do it. For one of the first times in a long time, I put my family—they were 1A. There was nothing that was gonna change my mind. I needed to go away and wait ’til we were in a place of better understanding of the process and knowing exactly what this virus has done and how it’s affected, everybody.”

Reigns were replaced by Braun Strowman, who was a last-minute inductee. At Wrestlemania 36, it was Strowman who took the title home, only to lose it to Reigns a couple of weeks later. Since putting the belt around his waist, Roman was the supreme leader in WWE. We’ll see if anyone, including the likes of John Cena or Goldberg, can change this.