Here Are All the Things Beyoncé Spends Her Fortune On

Beyoncé’s net worth is estimated to be around $ 400 million, making her one of the highest-paid celebrities in the world.
In a recent interview with Elle magazine, Beyoncé revealed the details of her life, from plans for the future to what truly fulfills her.

Not only does she look fantastic and has an impressive voice, but she is also the better half of the power couple that dominates today’s music industry and is the embodiment of female emancipation. Beyoncé is considered one of the most powerful women of today. 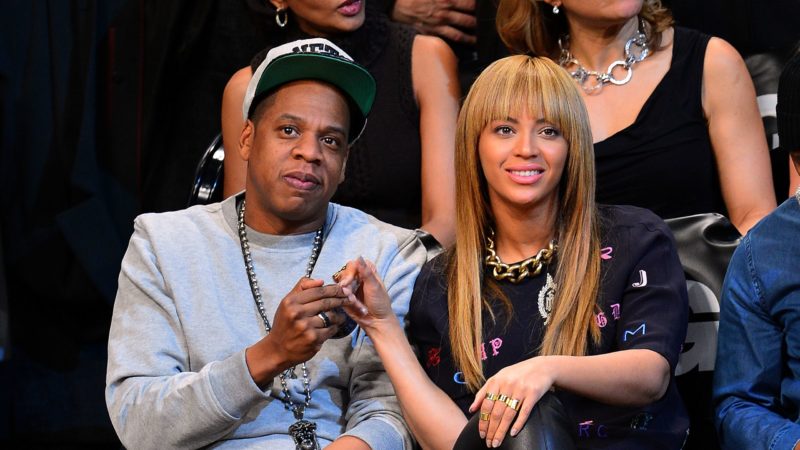 After hard work to build her empire, she knows very well how money is spent.

Queen Bi, as fans call her, is known for enjoying a multi-million dollar mansion, luxurious vacations, beauty treatments, and sunbathing on yachts in which she tours the world.

She is also the best person you could want to get a gift from, as she gave her husband Jay-Z a private jet and a car while giving her daughter Blue Ivy a birthday gift worth several thousand dollars.

Beyoncé also extends his wealth beyond her family, helping far and wide, including education and supporting victims of natural disasters financially. For the cover of Elle Magazine, due to go out in January 2022, the superstar gave an interview in which she spoke about her Ivy Park clothing line, motherhood, and taking care of herself. 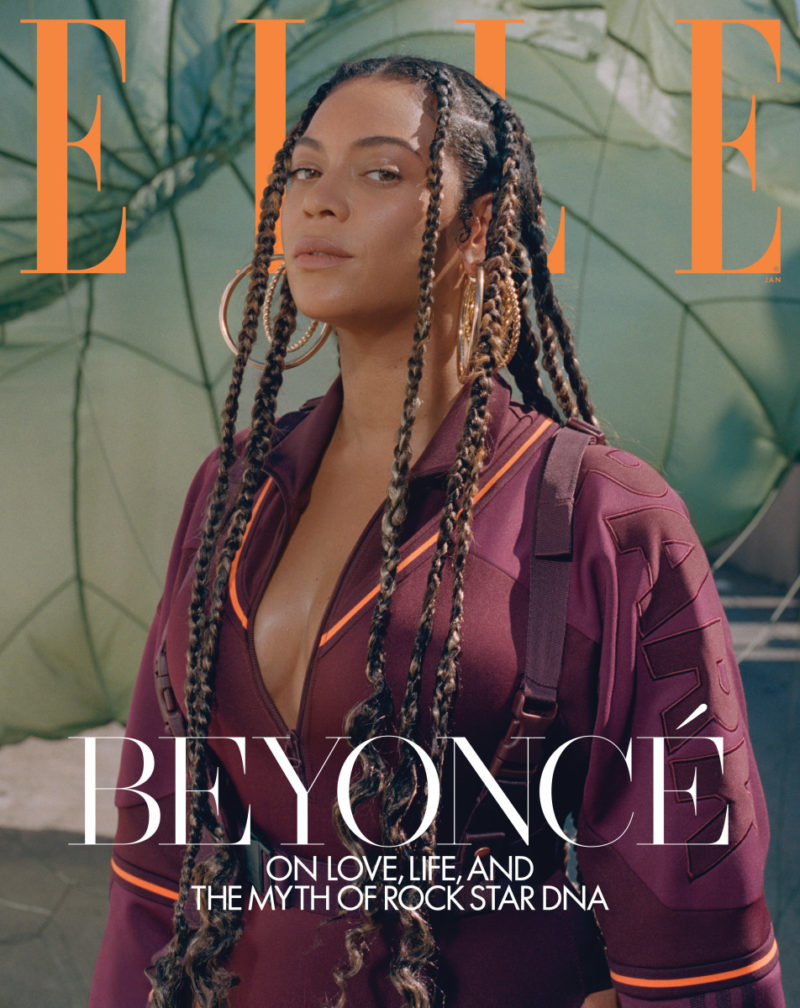 “My mother instilled in me the idea that creativity starts with faith and daring, leaving fears aside,” said Beyoncé, explaining that people have more power than they think.

She has made most of the wealth she has today on tours, from album sales and various sponsorships.

From 2016 to 2017, she earned $ 60 million, making her one of the highest-paid celebrities in the world, Forbs reports.
Much of that came from her 2016 world tour, which grossed a quarter of a million dollars.

Beyoncé and Jay-Z concluded their tour in October 2018, which grossed more than $ 250 million. That was their biggest tour ever. 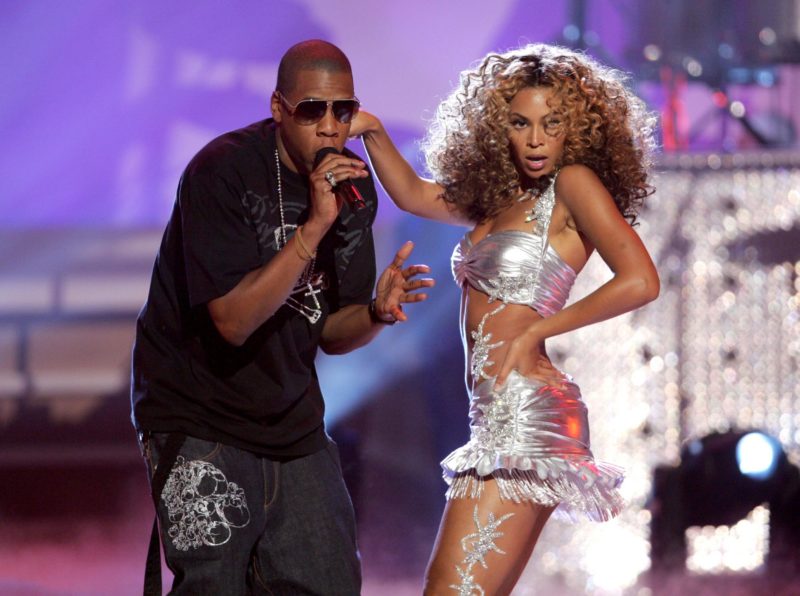 2018 was a busy year for Beyoncé – before embarking on tours, she performed at Coachella. It is estimated that she received about $ 3 million for the performance.

Beyoncé’s famous Coachella appearance was aired on Netflix in 2019. The concert movie is one of three projects in a $ 60 million streaming platform deal, according to Bloomberg.

Her wealth doesn’t just come from making music and performing. With her husband Jay-Z, she holds “significant capital” at Tidal, a music streaming service that is reportedly worth $ 600 million.

In 2015, she founded the delivery of vegan meals called “22 Days Nutrition”. After appearing on Coachella, Beyoncé releases a collection based on her performance, with luxury brand Balmain, who designed the original Coachella costumes.

In 2016, she launched the Ivy Park Activewear line with Topshop. The pieces of clothing retailed from $ 15 to $ 250.
In April 2019, Beyoncé relaunched the line in partnership with Adidas. Her Instagram announcement with the line announcement garnered 3.6 million likes within four hours from posting. She also launched a fragrance line that generated sales of $ 75,000 in its first day. She reportedly sold $ 400 million worth of perfume.

Beyoncé was also the face of many commercials, such as Armani and Hilfiger’s True Star perfume, for which she was reportedly paid $ 250,000.

In 2012, she signed a $ 50 million deal with Pepsi, which included a new commercial during the Super Bowl. She reportedly had significant control in the partnership.

She has also signed sponsorship agreements to become a trademark for the Nintendo DS, L’Oreal, and American Express.
In 2018, the 38-year-old star found herself on the cover of Vogue. She hired 23-year-old Tyler Mitchell for shooting, making him the first black photographer ever to take a picture for the Vogue cover. 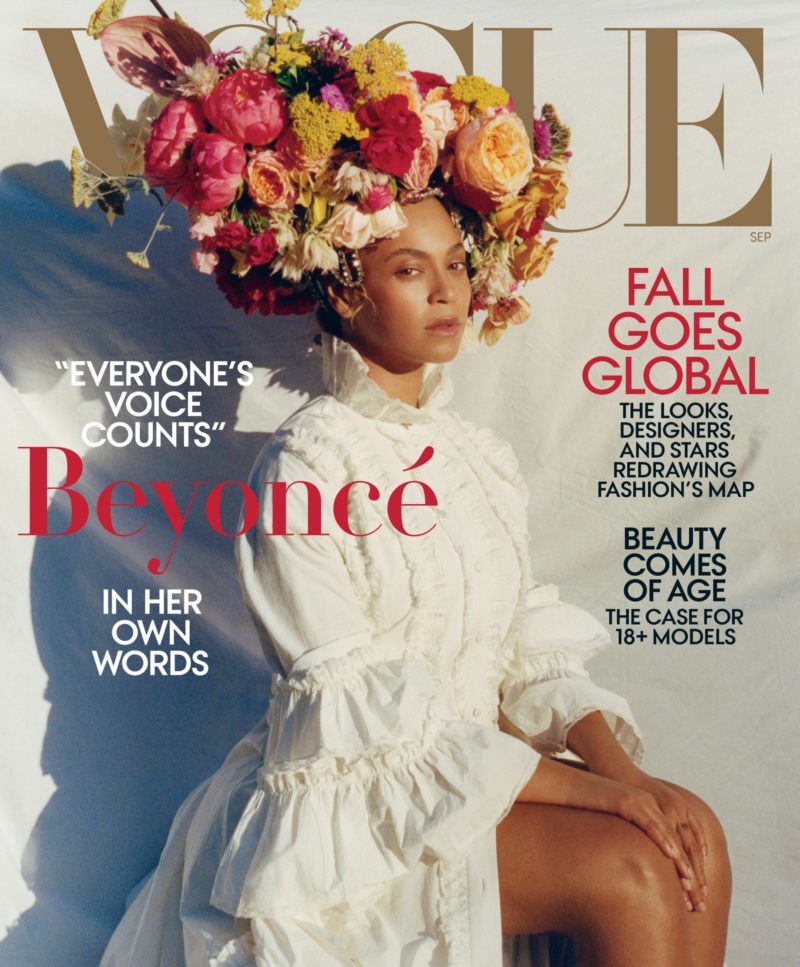 The portrait from the issue is on display at the Smithson National Portrait Gallery.

Beyoncé rarely gives interviews. So it’s no surprise that she has gained unprecedented creative control over this edition of Vogue.

“When I started my career, 21 years ago, I was told it was hard to get on the cover of magazines because black people don’t sell. I proved it to be a myth,” she said.

Beyoncé is a woman of many talents. She reportedly earned $ 12.5 million for her role in the movie Dreamgirls. 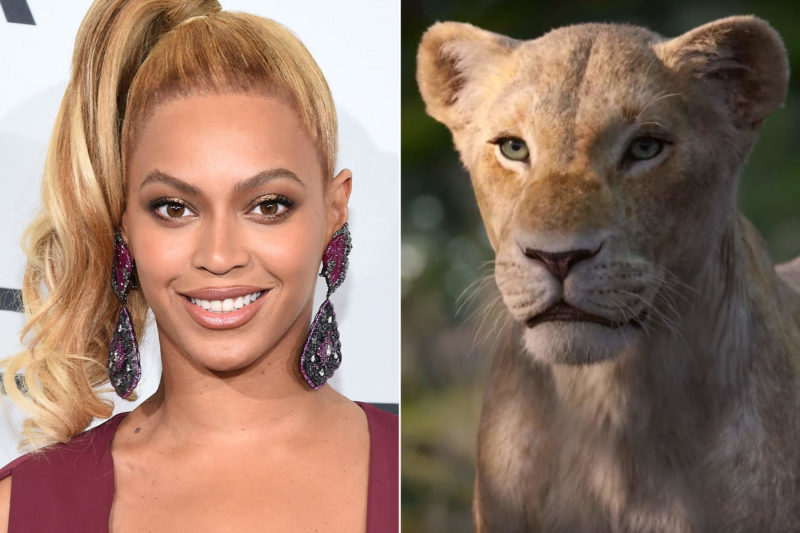 In 2019, the superstar gave her voice to Nala in the remake of The Lion King. According to Harper’s Bazaar, Beyoncé was paid $ 25 million for her role in the movie, which grossed $ 1.6 billion.

With so many different sources of income, Beyoncé is the 51st richest woman in America, according to Forbes. In 2019, the publication announced that Beyonce earned $ 81 million.

Like many millionaires, Beyoncé invests in real estate. She and Jay-Z spend a lot of time in the Hamptons. There, they rented the property for $ 400,000 a month, before exchanging it for renting a beachfront home that costs $ 500,000 a month. In 2017, they finally bought a vacation home there for nearly $ 26 million. 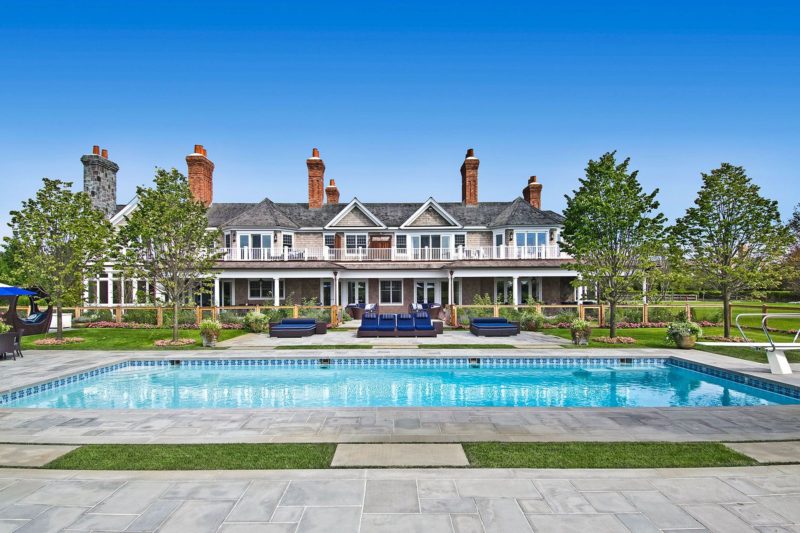 That same year, they paid $ 88 million for a new home in Bel Air, with a $ 52 million mortgage. It was, reportedly, the most expensive sale of 2017 in Los Angeles County.

Beyoncé also owns a converted church in New Orleans, which she and Jay-Z bought for $ 2.6 million. And when she became pregnant with the twins Rumi and Sir, she rented a villa in Malibu for $ 500,000 a month. That house recently sold for about $ 50 million.

The music star owns $ 5.9 million real estates in Houston, as well as Cher’s former home in Malibu that is worth about $ 40 million. She recently sold her apartment in New York for nearly $ 10 million. 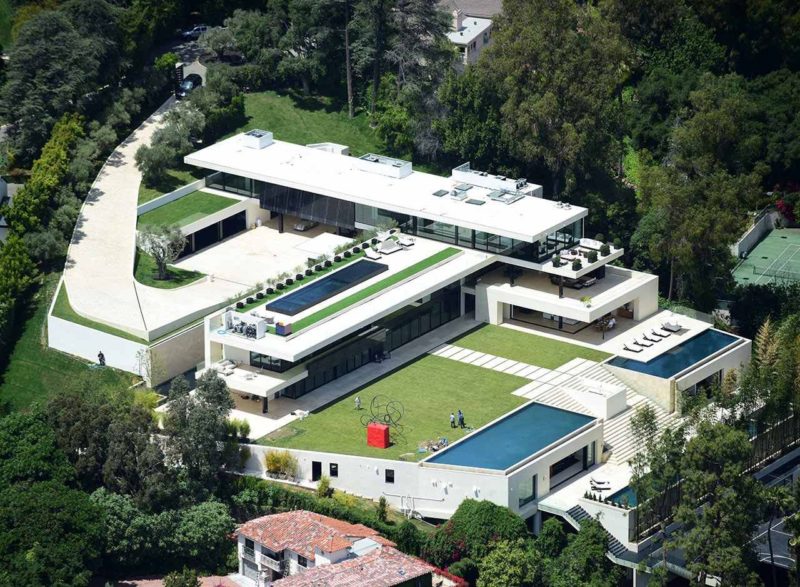 She and Jay-Z often go on a vacation in the Dominican Republic, where they are staying on a $ 19.5 million, 35,000-square-foot property. 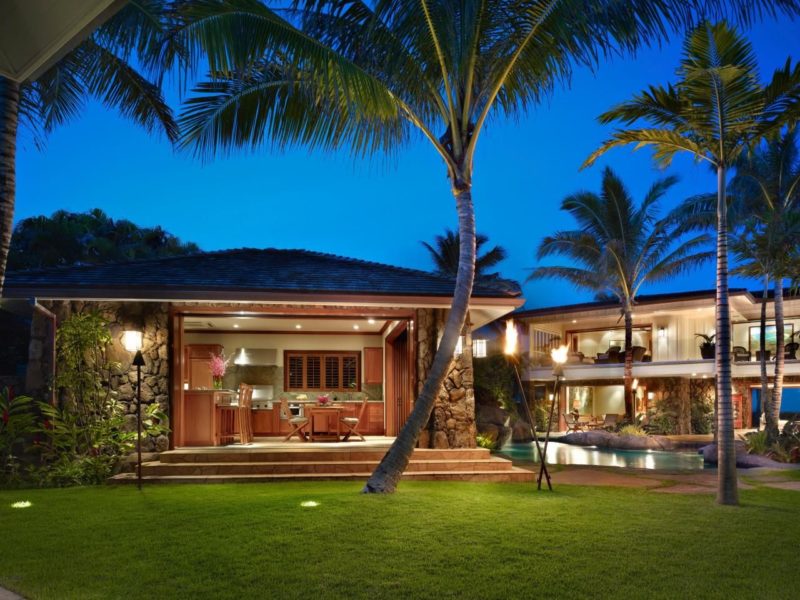 One of the luxury vacations that stands out is one on the Galactic Star superyacht worth $ 73 million. It costs about $ 900,000 a week to rent – and you need to know the owner.

In 2018, Beyoncé and Jay-Z renewed their vows. She wore a creation by Galia Lahav, the Independent reported.

She spends $ 20k a day on artificial lashes alone, so it’s no wonder she ordered a custom Mercedes for $ 1 million. The sound system alone costs $ 150,000. 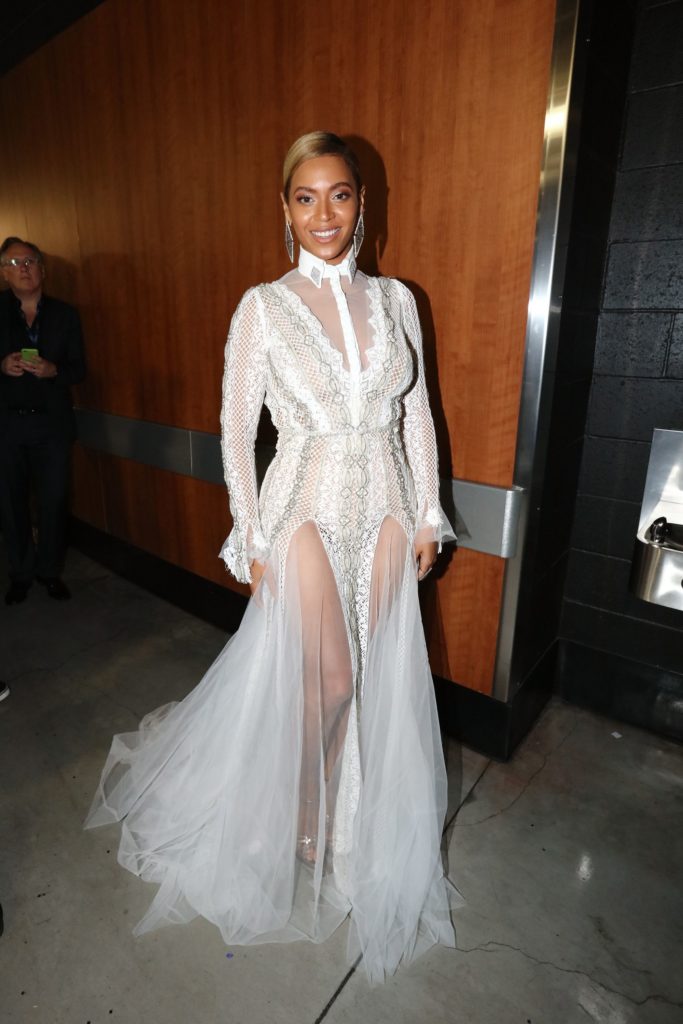 The couple often goes to NBA games, whose tickets cost thousands of dollars. They know how and where to eat nicely – according to an Atlanta source, just one dinner cost them $ 100,000. Even at home, they spend a lot of money on food. Music stars have a personal chef, who they pay $ 7500 a month.

Before the twins were born, she and Jay-Z ordered them a set of golden cribs.

Her charity, BeyGOOD, does everything from scholarship funding and working with UNICEF to fighting for gender equality and raising money for victims of natural disasters. 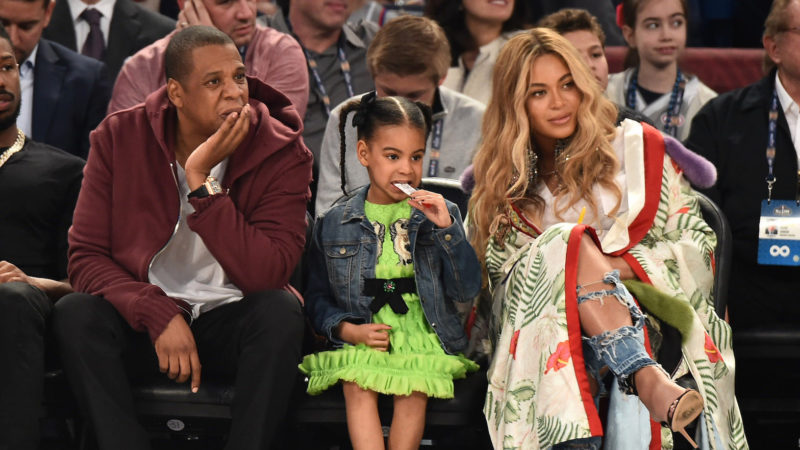 One Christmas, she and Jay-Z went to Walmart and bought a gift card for everyone at the store for a total of $ 27,000. So far, she has collaborated and supported 31 charities, including Look to the Stars, MusiCares, Stand up to Cancer, and more. No wonder fans call her queen.

Read Also: A Statement from Beyoncé’s Father Shakes Hollywood: My Daughter Was Abused!

“I started looking for deeper meaning when life read to me a lesson I didn’t know I needed,” she said in a recent interview.

“Being ‘number one’ was no longer a priority for me. My true victory is to create art and a legacy that will live well beyond me. It’s fulfillment.”

I Used to Hide From People and Smoke W**d!

Kim Kardashian Trolled for Decorating Her House with ‘Tampons’ for Christmas