Ever since they left the Royal Family, Harry and Meghan have not stopped shocking the world. From the two people who decided to leave because they demanded privacy, they became the ones that are constantly talked and written about.

Harry and Meghan made the reality show of their lives in 2022. Not a single event went by without them having a comment on it, or without theirs; “The same thing happened to me, only worse.” Of the couple who were the future of the Royal Family, one of the beloved and respected, they became the most hated.

Here are 6 times when Harry and Meghan shocked the world in 2022 with their statements and actions.

Throwing shade at the Queen When they left the Royal Family and stopped to be working Royals, Harry and Meghan automatically lost the opportunity to be patrons of their charities. Although some were founded by Harry himself, he lost the opportunity to be attached to the organization by leaving office. The Queen told them that they could not be half in, half out, because they planned to do only what suited them and when it suited them.

Because of that, they were visibly angry with the Queen, and they expressed their dissatisfaction over their spokesperson.

A statement from Buckingham Palace said:

“The Queen has written confirming that in stepping away from the work of The Royal Family it is not possible to continue with the responsibilities and duties that come with a life of public service.”

A spokesperson for Harry and Meghan responded: “As evidenced by their work over the past year, the Duke and Duchess of Sussex remain committed to their duty and service to the UK and around the world, and have offered their continued support to the organizations they have represented regardless of official role. ”

In the end, they concluded with a statement that was definitely throwing shades at the Queen: “We can all live a life of service. Service is universal. ” 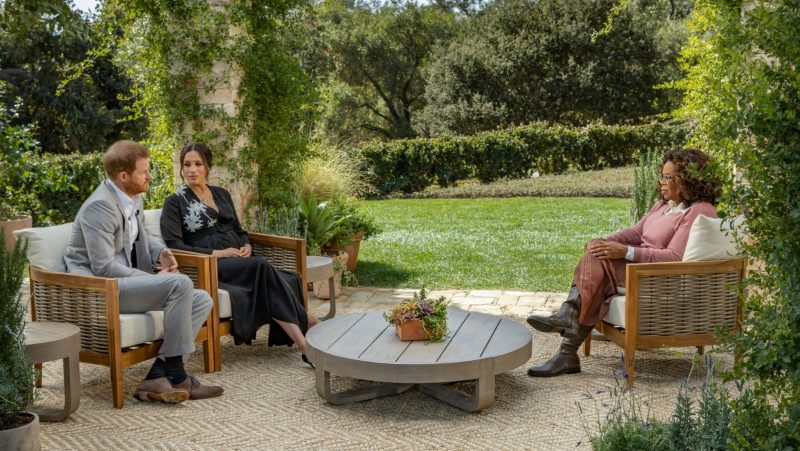 After a couple of setbacks and shocking newspaper headlines, Harry and Meghan decided to deal a heavy blow to the Royal Family, at the most difficult moment. The moment Prince Philip was fighting for his life in the hospital, Harry and Meghan had a shocking interview with Oprah.

Many eagerly awaited hearing the “truth” about the “evil” and “racist” Royal Family.

In an interview, Harry and Meghan made a bunch of accusatory statements about Harry’s family, and at one point called it racist because someone in the family asked what skin color baby Archie would have.

In addition, they accused the Queen of being manipulated by the people who work for her, Prince Charles for ceasing to fund them, even though they have a grand villa and the $10 million Harry inherited from his mother, and for Kate making Meghan cry because of the flower girl dresses.

That shocking interview did not bring them anything positive, on the contrary, their popularity dropped drastically due to shocking statements. Many stood in defense of the Queen and the Royal Family, from celebrities to ordinary people, and Harry and Meghan became memes on social media. 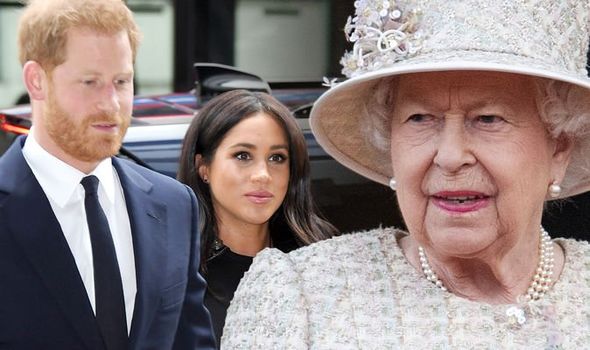 In June 2022, Prince Harry and Meghan announced that they had a baby girl they named Lilibet Diana Mountbatten-Windsor. There would be nothing strange if her name was not the Queen’s nickname used only by close family.

When Prince Philip died, there was a wreath on his coffin that said “Your Loving, Lilibet”. Then the Archewell page, which is otherwise Harry and Meghan’s organization, wrote that the Duchess of Sussex sent that wreath, even though many knew it was the Queen’s. People immediately started condemning them and saying that everything just has to revolve around them.

But little did we know then, that Harry and Meghan were planning to call their daughter Lilibet.

When they announced the child’s name, speculation began that the couple did not even ask the Queen for permission to use her nickname, which is so important to her, as a name for their girl. People started condemning them and the newspapers wrote about how this is another shameful act of the former Royals.

As always, the Queen and Buckingham Palace did not comment on that occasion, but with dignity welcomed little Lilibet to the world.

If you thought the Oprah interview was the only one where Harry was throwing shades on his own family, you are mistaken. The new documentary, also directed by the famous Oprah, talks about celebrities and their lives as “ordinary people”. There, Prince Harry decided to participate again with his nonsense statements, about how he had a difficult childhood, how his father was not a very good father, and discussed the parenting skills and bad circle that the Royal family creates.

He indirectly accused Prince Philip and Queen Elizabeth of not being good parents to their children, which is why he did not have a good childhood. He now wants to show that he is a much better parent than his grandparents, his father and his brother.

He talked about the dark days in his life, how he went out and got drunk, and that Meghan was the bright spot in his life, which pulled him out of the dark circle. He started going to a psychologist regularly and now his life is much nicer and better.

Many began to ridicule these statements of his, even calling him lukewarm because he is unable to defend his family, but buries them deeper.

Of course, the Royal family was left without comment this time as well. 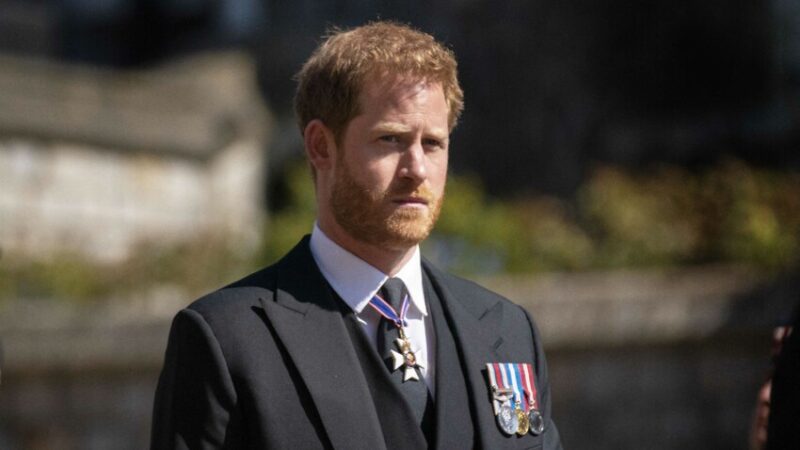 That Harry is a little bored, or that he lacks money, is also shown by the fact that he decided to “sell” his family’s secrets by writing memoirs.

He decided to publish one next year and the other when the Queen died. Many immediately wondered what else Harry had to say, and what else he planned to accuse his family of, just to stay relevant. 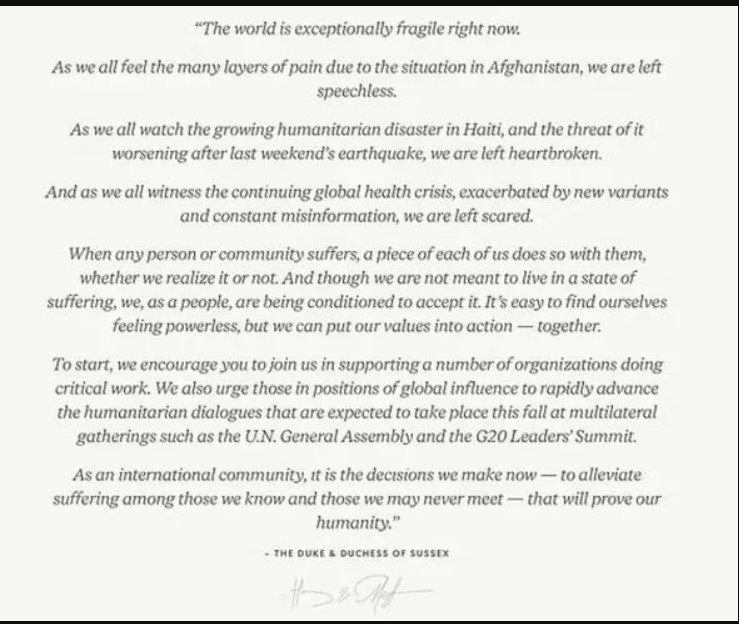 Of course, everything in the world must be about Harry and Meghan, so the events in the world cannot pass without their comment. As many Hollywood stars do, because they have become so, the couple decided to express their “concern” for the events in Afghanistan and Haiti, as well as the events related to the Coronavirus.

On his official Archewell page, they made a statement: “The world is exceptionally fragile right now. As we all feel the many layers of pain due to the situation in Afghanistan, we are left speechless. ”

“As we all watch the growing humanitarian disaster in Haiti, and the threat of it worsening after last weekend’s earthquake, we are left heartbroken.”

“And as we all witness the continuing global health crisis, exacerbated by new variants and constant misinformation, we are left scared.”

Many thought of this as hypocritical statements, as well as those when they talked about the harmfulness of exhaust fumes, and flew a private plane on vacation.

If only they were. https://t.co/uScXx0yDoi

Pier Morgan immediately decided to comment on newspaper headlines related to Meghan and Harry’s statement. On his Twitter account, he published the headline of a newspaper article saying, “Prince Harry and Meghan Markle break silence in Afghanistan to say they are ‘speechless,'” to which he added, “If only they were.”

Many agreed with Piers and called Harry and Meghan hypocrites, and asked them to stop acting as they find it difficult because of global situations.

Only Way Meghan Markle Returns to UK Is if These...

How To Cook Rotisserie Chicken in Oven – 2022 Guide