Greta Thunberg, a teenager who is back in the public eye after addressing the United Nations Climate Action Summit in New York when she told world leaders that “because of their empty words, the planet is dying,” has provoked opposing reactions of the public, from loud applause to allegations that she was “manipulated by a greedy mother and a PR expert”.

“This is all wrong. I shouldn’t be up here. I should be back in school on the other side of the ocean. Yet you all come to us young people for hope. How dare you!”, Greta started her speech on Summit.

Her words became famous around the world. “You have stolen my dreams and my childhood with your empty words. And yet I’m one of the lucky ones. People are suffering. People are dying. Entire ecosystems are collapsing. We are at the beginning of mass extinction, and all you can talk about is money and fairy tales of eternal economic growth. How dare you!”

A 16-year-old girl in just one year has become the face of the fight to save the planet from global warming, and it was announced today that she is Time’s Person of the Year for 2019. Greta Thunberg is the youngest person to earn this title.

The young girl is also one of the winners of the “alternative Nobel,” the alternative Nobel Prize, the Right Livelihood Award, for her “for inspiring and amplifying political demands for urgent climate action reflecting scientific facts”.

The award-winning foundation’s statement also states that “Greta Thunberg shows that everyone has the power to bring change” and that her example “inspired and encouraged many people to seek political action.” 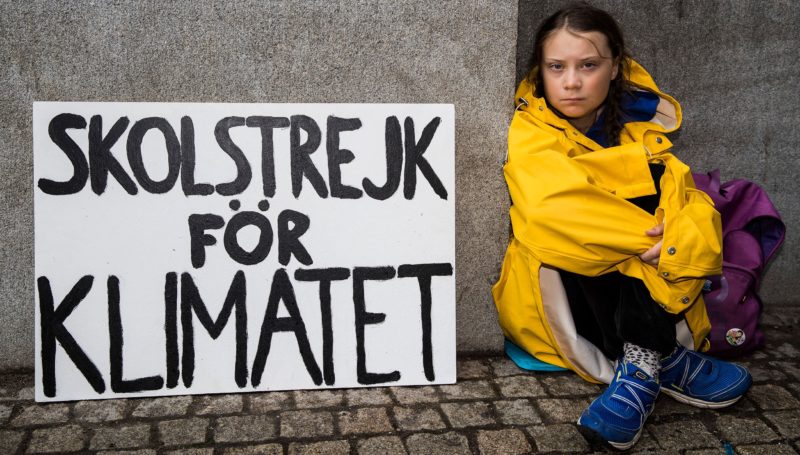 Greta became known around the globe at the age of 15 when she ran away from school every Friday and protested against climate change in front of the Swedish parliament. Peers around the world followed her example, and thus the global movement “Fridays for the Future” was created.

Soon Greta was declared an “activist icon” and a “climate warrior”, discussing side by side with leading experts, but one question also emerged in public – Who “benefits” from her involvement? The on-duty skeptics sought the answer in the girl’s family tree.

Greta’s mother is an opera singer and Eurovision contestant, Malena Ernman, and her father is actor Svante Thunberg. Greta said she first learned about climate change at the age of eight and then asked: “why adults don’t take it seriously.”
Reportedly, this was one of the factors that led Greta to become depressed at age 11. She stopped eating, going to school and talking to everyone but family members and the teacher. 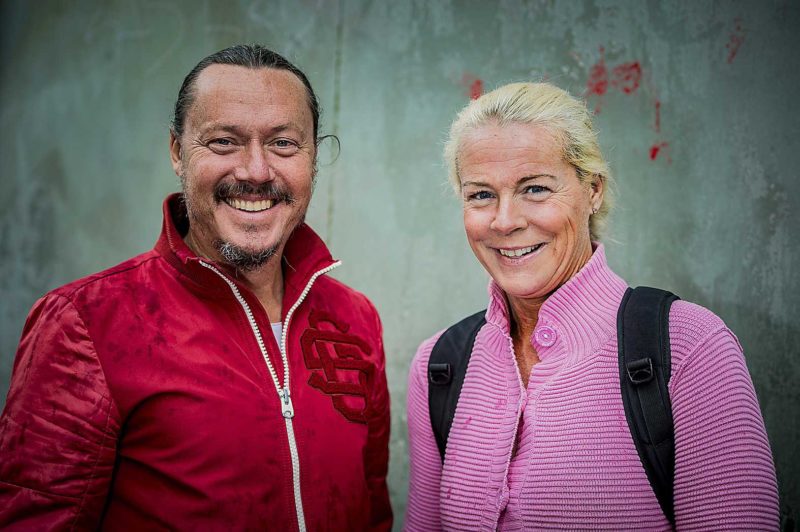 She was then found to have Asperger’s syndrome, a form of autism, and obsessive-compulsive disorder and selective mutism, which, in her explanation, meant that she “spoke only when she felt it was needed” and realized that she “must speak about climate change.”

According to the official bio, Greta’s parents gave up their careers to take care of her and her sister, Beata, who also suffers from Asperger’s syndrome and obsessive-compulsive disorder.

When Greta began protests in front of the Swedish Parliament last year, PR expert and environmental activist Ingmar Rentzhog posted a photo of her on his Facebook profile. A local newspaper took the story, it reached the world media, and at the same time, the first allegations were made against Greta’s mother, Malena, that, with the help of Rentzhog, she designed a campaign to promote her book about her daughters fight with numerous diagnoses. 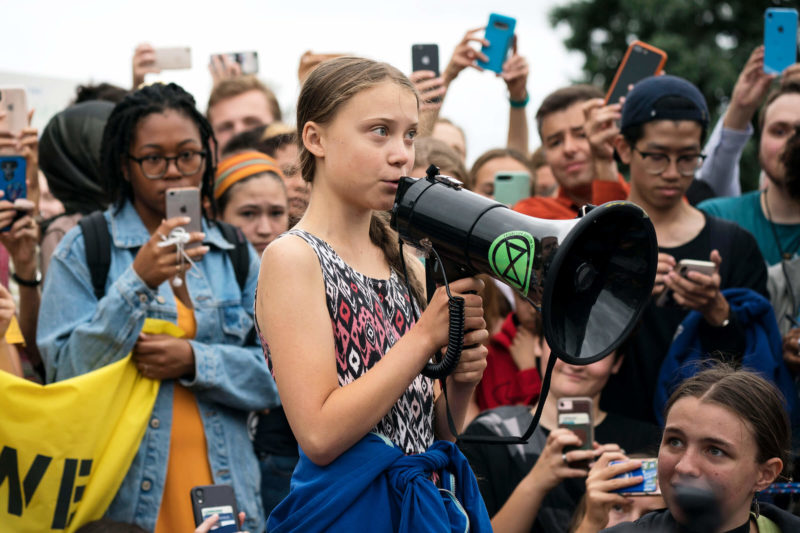 British magazine Standpoint reported that Rentzhog did not accidentally run into Greta’s strike, but in agreement with Malena, whom he had spoken to at a climate conference a few weeks earlier. One of the “proofs” of this theory was the fact that the value of Rentzhog’s green company, “We Don’t Have Time,” jumped to more than $ 1 million as soon as Greta joined her youth board.

Read Also: The Internet is on fire: “Greta Thunberg is a time traveler and she has come to warn us!”

Although Greta later withdrew from the board, accusations were made in public that her mother “realized that the benefits she could derive from her daughter’s fame went beyond promoting the book.” 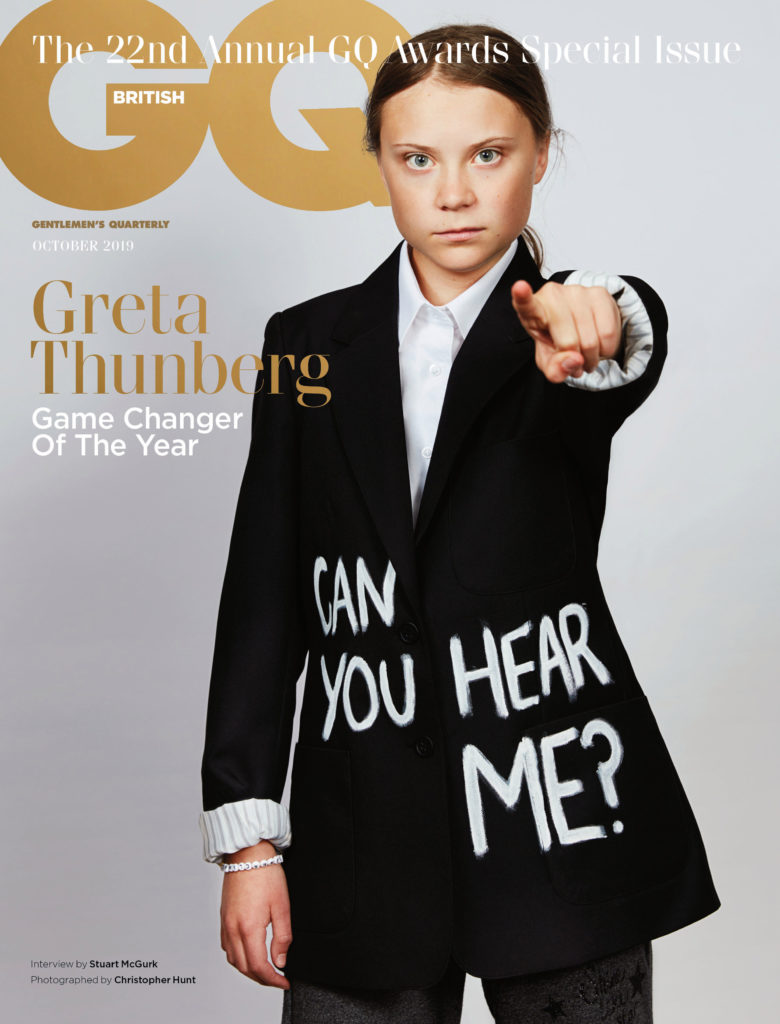 “Always the same stereotypes: on the one hand, there is a society of adults who are destroying the climate and life, on the other, young people who care about the future, even though they live in rich industrial countries. They don’t care about weighing different interests. Greta and her movement are a new version of populism. The world is divided into black and white, good and evil, young and old,” the German newspaper “Reutlinger General-Anzeiger” wrote.

How Do You Know When It’s Time To Cut Down...