Home Sport When Things Get Tough, LeBron Plays Dirty! Is He Still the Face of the League?
Sport

Los Angeles Lakers are bad. Look, they’re not the worst team in the league, but by their standards, the Lakers are falling apart. Not even a healthy LeBron James could make them look great. Yes, they pulled a win against the rebuilding Detroit Pistons, but that’s not the highlight of the evening.

LeBron James was in the center of attention but for all of the wrong reasons. He played a bit more than 21 minutes on the evening managing 10 points, 1 rebound, and 5 assists. But, the game and the slow start f his team got the best out of him and he got into a physical altercation with an opposing player. Isaiah Stewart found himself on the bad end of The King’s anger as he was slapped across the face by the once the best player in the league. 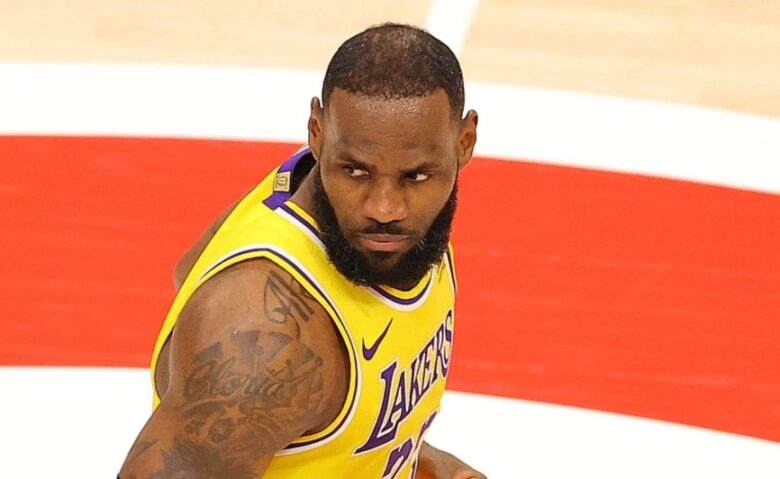 The season is still young and the Lakers could find their stride, but the way things stand right now this team isn’t meant for anything great. James got a little bit too invested in his role of player/manager and brought in too many of his friends on the tail end of their careers. Aging superstars who don’t play defense aren’t going to win a championship. The worst part about this Los Angeles Lakers team is not the fact that Russell Westbrook, Carmelo Anthony, Dwight Howard, Anthony Davis, and Rajon Rondo can’t play together.

The worst part of this Lakers team is that The King is dead. Yes, figuratively speaking, we can finally say it. King James wasn’t only betrayed by his vassals, but by his most dangerous weapon – his body. After years of being on the top of the game, he finally started missing time due to injuries. He can’t push this team to their limits and it’s visible. Yes, he’ll probably will them to playoffs but, an NBA ring is only a dream at this point. 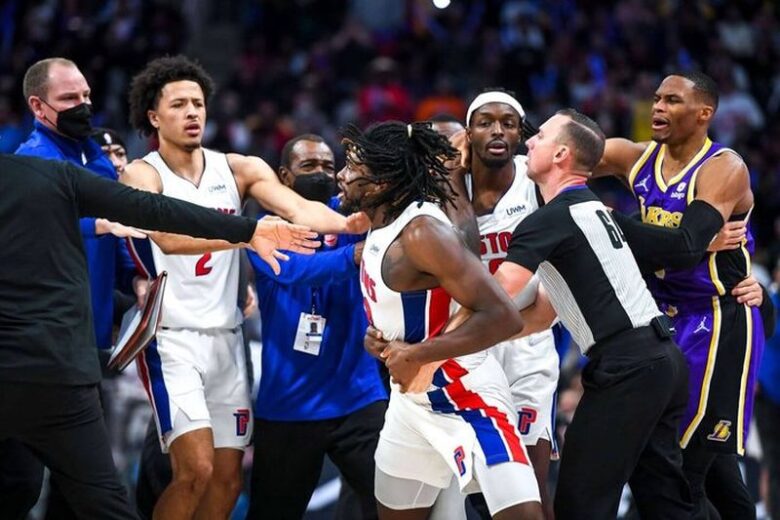 What’s even worse is that he is now able to lose his temper against Detroit Pistons. James got ejected, and the former league’s MVP should feel embarrassed. He’ll miss a few games through a suspension, and he really needs to cool his head down. In the last few years, he was all over the place advocating for human rights, for his friends to be his teammates appearing to be a de facto Lakers GM at times, and having his hands in everything but the basketball.

Now, finally healthy and on the court, he lost his temper over a positioning situation where he was boxed out of rebound opportunity. Stewart got punched in the face, but not even James can do this. It will not be tolerated. We can’t wait for his fake apology which is probably on the way. Or, will he as he sometimes does mutter something in his beard? You’re not too smart for this one LeBron. Stand up like a man now, as you know how to throw punches.

Isaiah was left with a bloody face. Of course, the Pistons player wasn’t able to sit on this, and he aggressively pursued James all over the court and in the locker room trying to continue their altercation. Those weren’t pretty scenes, and we hope that justice is waiting for James, as he shouldn’t be immune to this as he was for many other things, off and on the court for years. If this happened on the street, he would be punished immediately instead of hiding behind his teammates.