Was Nicole Kidman Blackmailed by Hollywood For Supporting Trump?

POLITIFACT – 02/02/2020: Some stories never get old. In 2017 the news that Hollywood studios blackmailed Nicole Kidman due to her support for Donald Trump was filling the newsstands. Now, these reports are alive once again. It’s known that Hollywood doesn’t tolerate Trump. But, are they going as far as to sabotage someone’s career for it?

While there could be other explanations for her drop in popularity with big Hollywood names, the moment just felt perfect. At the time, when she voiced her support for POTUS, two Hollywood studios allegedly canceled her contracts. The film industry is notoriously liberal, but this is no way to treat a former A-lister. And there are reports that no harm was done to Kidman’s reputation. 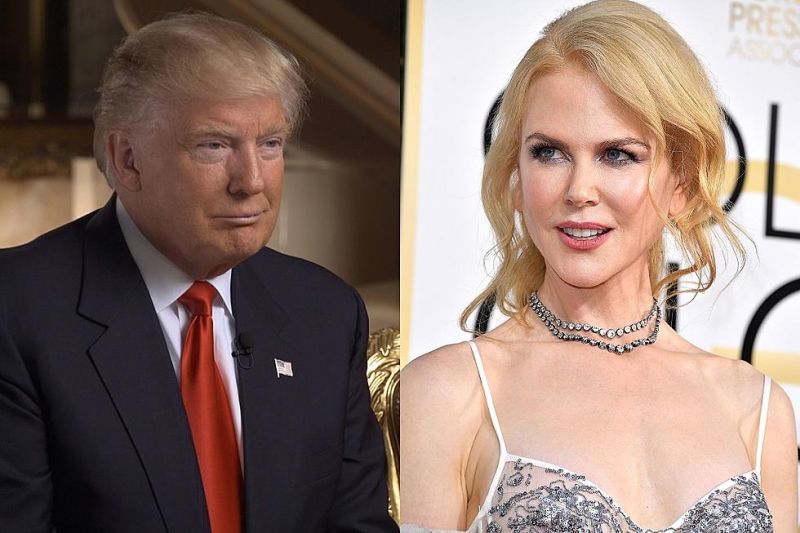 Furthermore, these reports claimed she was instructed to remove herself from Oscars and similar events. This is going a bit too far, don’t you think? In the end, she only said that all of us should support whoever the President is. Not a crazy notion? Right? Nicole Kidman is not one to ask for controversy, but she got it more than she deserves.

Kidman received backslash because she holds dual citizenship. Social media users insisted that she shouldn’t meddle in US politics. The Australian actor stated that she has no issues with the 45th US President. Furthermore, she added that now that’s he’s elected by the majority voters, we should all support him. At the moment of her statement, Kidman couldn’t expect the consequences that came.

Social media responded by attacking Nicole Kidman for her stance. It is not often for Hollywood celebrities to side with Trump. Kidman’s older colleagues, such as Meryl Strip and Robert De Niro, publicly criticize POTUS. Those who stand with Trump are rare and include Kelly Osbourne and Jon Voight.

In the end, it seems these reports were exaggerated. Since these reports became, public Nicole Kidman landed roles on projects such as Aquaman, Boy Erased, and The Goldfinch. She also shares the screen with Meryl Strip on HBO’s show Big Little Lies.

Blake Lively Cut Her Hair! The Fans Are Hoping It’s Just a Wig!