Unlike Some Democrats I Never Liked Harvey Weinstein, Claims Trump

DEADLINE – 02/25/2020: Donald Trump deals with many subjects, not strictly with politics. Becasue of this, he found time to comment on Harvey Weinstein. POTUS stated that the movie director’s conviction is a “great victory” for women and that it sends a “very strong message.”

President Trump also didn’t miss the chance to take a dig at his Democrat adversaries. The 45th US President was quick to point out at Democratic figures who, according to him, “loved” the Miramax founder. 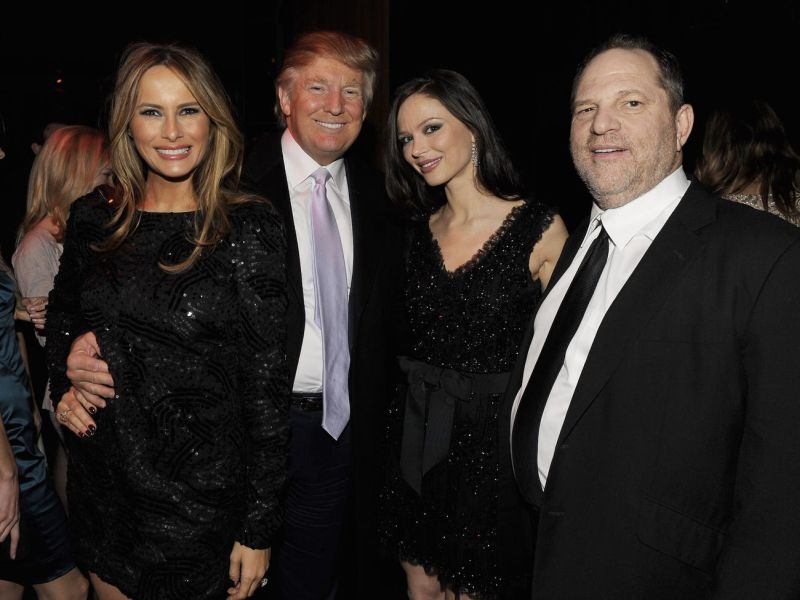 The movie mogul was convicted on Monday after being found guilty on charges of committing a criminal se***l act. Commenting on this, President Trump said: “I was never a fan of Harvey Weinstein. I think he said he was going to work hard to defeat me in the election. How did that work out, by the way? He was a person I didn’t like.”

It seems that POTUS is delighted with the outcome of Weinstein’s trial, as he decide to comment on the subject while on a diplomatic visit to India.

During his interviews with reporters in India, Mr. Trump added: “I knew him a little bit but not very well. I knew him because he was in New York. Not a person I liked. I will say the people that liked him were the Democrats. Michelle Obama loved him. Loved him. Hillary Clinton loved him. And he gave tremendous money to the Democrats, and my question is, will the Democrats be asking for that money back?”

While Donald trump knows to miss his shots, this time, he was on target. Harvey Weinstein was a huge Democrat donor. He hosted fundraisers for both former President Barack Obama and Hillary Clinton. But, in 2017, when Weinstein’s misdeeds became public, all Democrats who received funds from him gave it away to charity.

While Trump has a point regarding Harvey Weinstein, he also has a history of misconduct towards women. In the past, 17 women accused him of s****l misconduct. Trump denied the accusations.