Home Coronavirus Trump Warns The Nation of The Hard Days That Lie Ahead!
CoronavirusNews

Trump Warns The Nation of The Hard Days That Lie Ahead!

CNN – 04/01/2020: Donald Trump finally understands what coronavirus is. He’s prepared to share its reality with the people of the United States. This is not a good time for Americans, and the White House administration is finally ready to face it.

The measures are in place to stop this virus from spreading, but there could be more and more people infected as more time passes by. This is the reality that US citizens must face now, and some of them might lose their lives in the process. This is what members of the coronavirus task force are trying to say to us. 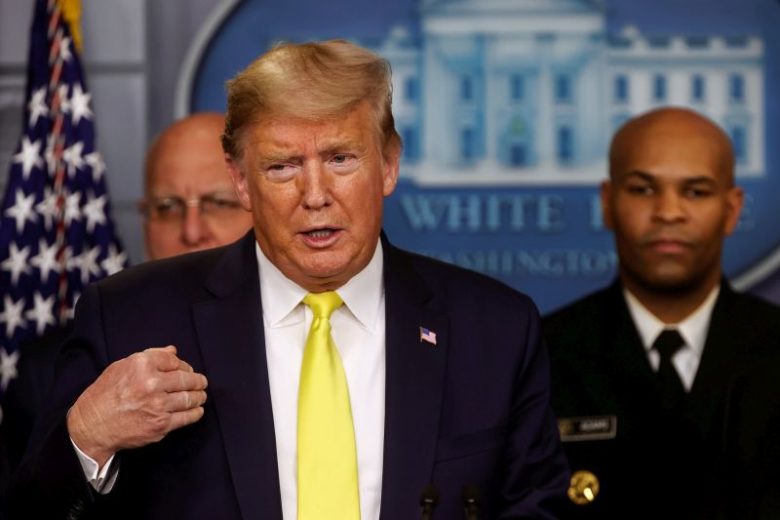 POTUS downplayed this disease when it first appeared, but the harsh reality came to fast. Now, it is his duty as it’s the tradition to deliver the news to the people, whether they are good or bad.

Read Also: Trump Ignores Desperate Pleas for More Coronavirus Tests in The US!

President’s before Donald Trump had this duty in times of tremor. After the 9/11 attacks, George W. Bush addressed the nation in one of the hardest moments in US history. Reagan did it after space shuttle Challenger incident, and John Kennedy was the one to speak to people on the brink of nuclear war with the Soviet Union.

But, the situation that Trump has on his hands could cost the US more lives than any of those mentioned above did. Furthermore, POTUS will have to face this crisis by himself in its pure form, the one he ignored for so long.

During the press briefing in the White House, President Trump said: “I want every American to be prepared for the hard days that lie ahead. We’re going to go through a very tough two weeks.”

This is opposite from the positiveness and optimism that Trump spoke with in previous weeks. So, we should, after all, brace for the worst. For one, we should be glad that the President is finally taking this situation seriously as he should from the start.

Where is Tiffany Trump During Coronavirus Outbreak?