Donald Trump planned to open the US before Easter, despite being advised by experts not to do so. Luckily he has decided to wait until the end of April at least. Considering that even epidemic experts contracted coronavirus, this might be wise.

The doctor who was chief consultant for the 2011 movie Contagion contracted COVID-19. The man in question is a director of Columbia University’s Center for Infection and Immunity, Dr. W. Ian Lipkin. He decided to share his condition publicly while guesting at Fox News. 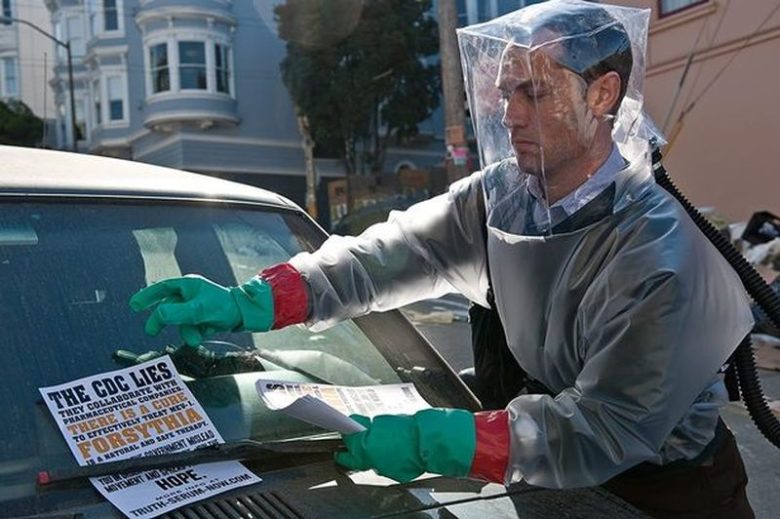 During the interview, Dr. Lipkin stated: “I would just like to say, on this show tonight, that this has become very personal to me too because I have COVID as of yesterday. It is miserable, it is miserable. If it can hit me, it can hit anybody. That’s the message I want to convey.”

Read Also: Did Stephen King Predict Coronavirus in This Book?

The coronavirus struck the United States hard, and the US is now the country with the most significant number of those infected. Because people now spend more time at their homes and are thinking about the ongoing pandemic movies with this subject became prominent once again. This is why the movie Contagion is one of the most-watched movies at the moment.

Dr. W. Ian Lipkin once again stated that practicing social distancing is essential for stopping of this decision. Furthermore, he said that it would be unwise to reopen the country before Easter.

The reason why President Donald Trump wants to reopen the States so quickly is to stop the unemployment rates from grow and to prevent an economic crash.

Dr. Lipkin believes that this is not wise and that entire states should be locked down before it spreads across the whole country. Talking about Easter reopen, Dr. Lipkin said: “With respect to what we were talking about in terms of Easter, we really don’t know when we’re going to get this under control.”