Actor Tom Cruise, 57, is forced to stay in a luxury hotel in Venice after filming “Mission: Impossible 7” due to a coronavirus outbreak in Italy.

Tom arrived in Italy a few days ago, and he was “stuck” at “The Gritti Palace”, and the movie has stopped filming until the coronavirus situation is under control. A night at this hotel costs a minimum of $ 650, depending on the room the guest chooses. 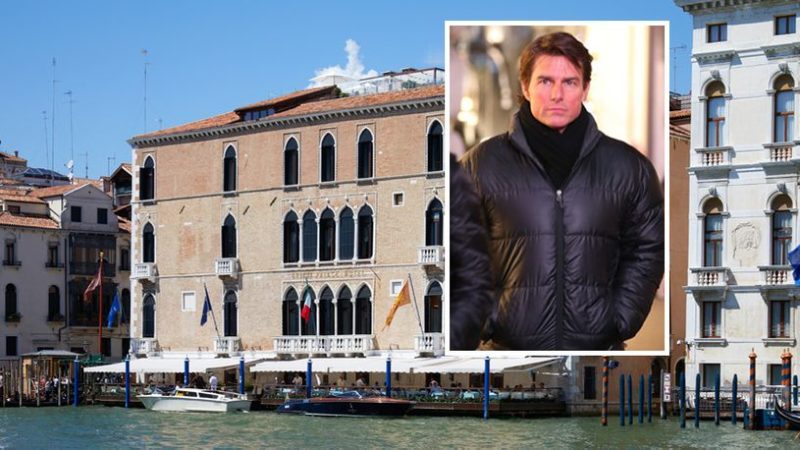 The latest information is that Cruise reportedly left Italy.

According to media reports, Cruise was not allowed to leave the hotel until March 1, until the producers see what happens next. The movie’s premiere is set for July 23, 2022, but due to a break in filming, it could be delayed. “Mission: Impossible 7” is written and directed by Christopher McQuarrie, with Tom Cruise, Rebecca Ferguson, and Hayley Atwell starring.

That impact? No joke. #MissionImpossible

Paramount Pictures made a statement: “During this hiatus, we want to be mindful of the concerns of the crew and are allowing them to return home until production starts. We will continue to monitor this situation, and work alongside health and government officials as it evolves.”

Thank you to the amazing cast, crew and people of Abu Dhabi. That’s a wrap. #MissionImpossibleFallout

So far, none of the film crew has become infected. Italian media reports that seven coronavirus victims have died in Italy so far, with an increasing number infected.

Read Also: A Chinese Woman Eats a Bat in the Middle of the Coronavirus Outbreak

A man who was presumed to be a “patient zero” is a coronavirus negative. Italian media revealed that 222 people were infected, and 101 were hospitalized. Twenty-seven are in ICU, and 94 are in home isolation.