What Ties Do Tom Cruise, Elon Musk, Jeff Bezos, and Tom Hanks Have

This is an interesting question, isn’t it? Of course, Cruise and Hanks are actors, and Musk and Bezos are the world’s richest men. But what could possibly these four men have in common?

We’ll start with Jeff Bezos. He’s the Amazon owner, who started launching people into outer space through his Blue Origin space program. William Shatner had the honor to fly with the world’s richest man (at the moment). But it could have been different. The same honor was offered to Tom Hanks. The Saving Private Ryan actor refused the proposal as he wasn’t prepared to part with the $28 million he was asked for in this venture. 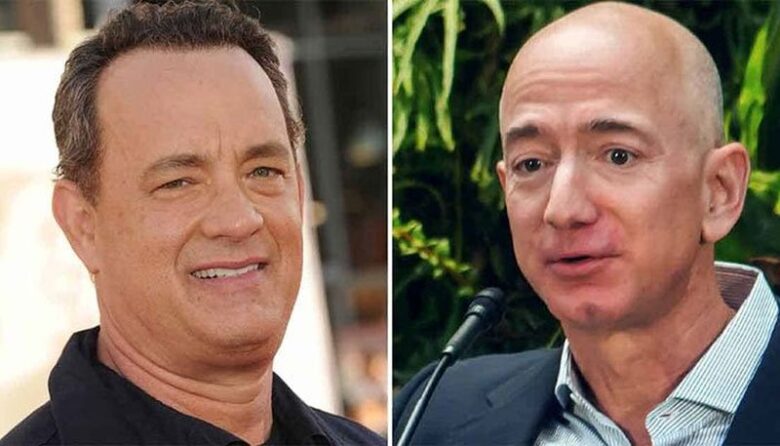 During the last month, the 90-year old Shatner went above the Karman line, 66 miles above the Earth, officially leaving the space of our planet. The plane took off from Texas and fulfilled a lifelong dream of the Star Trek actor who gained fame by acting as a captain of a renowned space vessel, the USS Enterprise. The whole flight lasted about 10 minutes, and Jeff Bezos was next to Shatner during their adventure.

Tom Hanks told his story to Jimmy Kimmel while guesting at his late-night show. The Captain Philips actor confirmed he was, in fact, offered the space flight privilege. Talking about it, he said: “Well, yeah, provided I pay. And, you know, it cost 28 million bucks or something like that. I’m doing good, Jimmy, I’m doing good. But I ain’t paying 28[million] bucks.” This interesting story, where Bezos offers his services to Hollywood stars and gets rejected in the process brings us to Tom Cruise and Elon Musk. As you know, the Tesla founder and Amazon owner are currently waging a war, fighting for the title of the world’s richest man, and the right to colonize space. Unlike Bezos, Musk wasn’t rejected by Hollywood. Instead, he and the Mission Impossible actor agreed on a joint project, that would create a movie filmed in outer space.

Yes, you heard it right. Elon Musk and Tom Cruise plan a massive project that would give us the first-ever film made in space. The crew would have been taken to space by Musk’s SpaceX company. The project also has a director in place, and it’s going to be Doug Liman, who worked with Cruise on Edge of Tomorrow. Cruise was set to venture into space in October of this year, but due to technical issues and the ongoing coronavirus pandemic, the flight was delayed for 2022. The fun fact is that the whole mission was given an anime-like name, and it’s called the Crew Dragon Axiom Mission 1.

This was the voyage of the RSS First Step today. Its mission: encounter Earth from incredible views at apogee pic.twitter.com/Gzsnkv97K9

While Tom Cruise waits for the flight, other members of his team are already working on the script and other details. Liman is the man behind the writing process, while he’s being assisted on other issues by Christopher McQuarrie, who is also Tom’s long-time associate predominantly on Mission Impossible movies. The budget for this upcoming movie is set at $200 million which in combination with the men involved, guarantees a quality final product.

As you can see, the world’s richest men and space colonizers actually have quite a lot in common with Hollywood movie stars. it’s just some of them get rejected while others embrace their roles in joint projects.