Famous TV host Oprah Winfrey was speaking at her Visions2020 stop in LA when she suddenly fell on stage. After she stood up, she made a joke and said: “Wrong shoes”. Oprah wasn’t the only one making jokes about her incident. 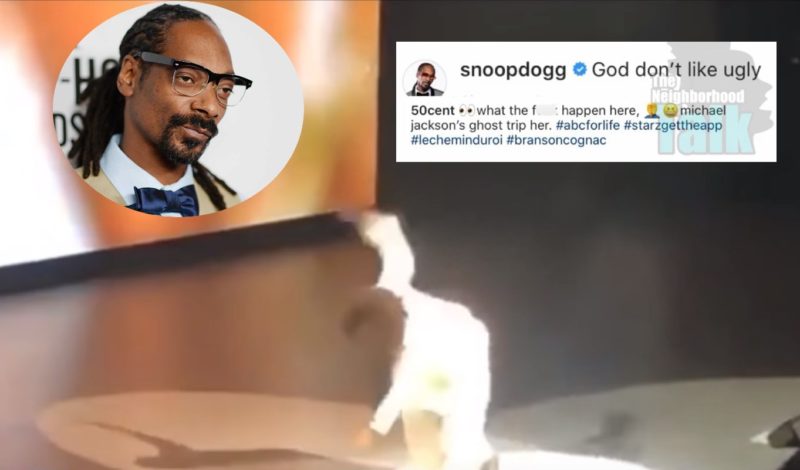 First to comment was 50 cent, who recently faced public backlash after comparing his co-star Naturi Naughton with a Mortal Kombat character “Goro” on his Twitter.

The rapper shared the video of the fall and wrote in the caption: “What the f**k happen here. Michael Jackson’s ghost trip her?” Then Snoop Dogg added: “Michael and Kobe blew a gust of wind. Balance”.

“Snoop Dogg going be apologizing to Oprah next”, the caption of the video read.

Snoop Dogg going be apologizing to Oprah next ??

Winfrey is facing backlash for her connection to the Russell Simmons documentary “On the Record”, which made 50 cent, Snoop Dogg, Pete Rock and other angry.

Read Also: Oprah Winfrey About Her 34-Year Long Love Affair: ‘If I Had Married Him, We Wouldn’t Still Be Together!’

Recently, Oprah Winfrey and journalist Gayle King addressed black male celebrities accused of assault, which led Snoop to post on social media to write: “F*ck u and Gayle”. He also publicly criticized King for comments she made about Kobe Bryant. The rapper later apologized to the journalist.

Had a talk with my momma thank u mamma ?? 2 wrongs don’t make it right time to heal ??? @gayleking Peace ☮️ n love Praying for u and your family as well as Vanessa and the kids ??✨? ?

Eminem’s Mother Sued Him for $11 Million