Like father like daughters. It would seem that WWE is a family business. It can bring you fame and wealth, and this is the primary reason why some of the famous wrestler’s offspring are joining the biggest wrestling company in the world. In this article, we’re going to tell you which ones are walking in their parent’s boots.

Of course, we’re going to start with the daughter of one and only Dwayne The Rock Johnson. She signed with WWE in February of 2022. This is a family of wrestlers as both her grandfather and great-grandfather worked for WWE. In fact, all of them are in the Hall of Fame. Simone became the fourth generation entering wrestling as she joined as an 18-year old. She’s currently training at The Performance Center.

Xia is the daughter of former wrestler Robbie Brookside who now works as her trainer. She entered the sport at 19-years old. Her career started with a defeat at Mae Young Classic. This didn’t stop her from progressing and she’s now tied to the NXT UK where she works alongside her father. 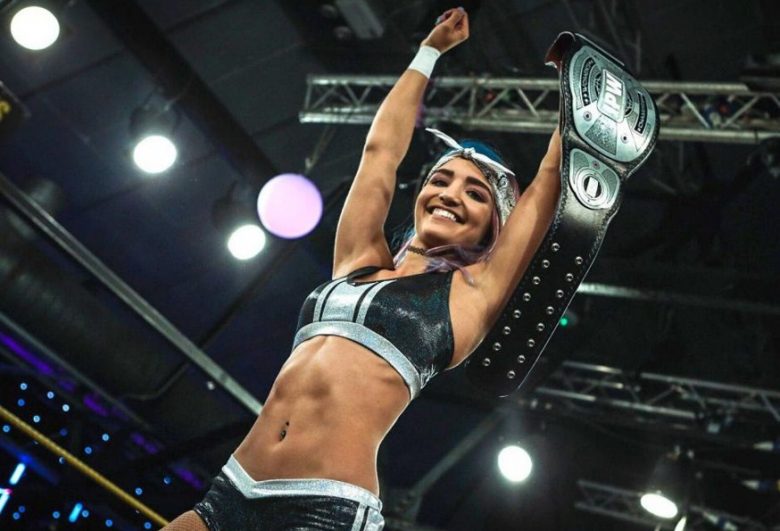 Now, this is a name that rings a bell, as Charlotte is well known for her wrestling and not only as the daughter of one Ric Flair. So far she managed to win 12 titles, making her the most decorated female athlete in the WWE. She did it all since 2013 when she started her journey. Charlotte did so well for her that she now goes by the nickname, The Queen.

Tamina is yet another famous daughter of an even more famous father. She is the offspring of one and only Jimmy “Superfly” Snuka. Jimmy is also in the Hall of Fame, so it speaks volumes of their wrestling family. Her father died back in 2017, but she’s still going strong as a member of a tag team together with Natalya. The pair are the female tag-team champions at the moment and show no signs of stopping.

Just like her tag-team partner Tamina, Natalya is the daughter of wrestling Hall of fame fighter Jimmy “The Anvil” Neidhart. Unfortunately, her father died back in 2018, and he can no longer witness her success. She’s best known for her feud with Charlotte Flair which also involved their respective fathers.

Carmella is yet another name that came into WWE following in the footsteps of her father. Unlike some of the people on this list, her father wasn’t a famous wrestler, although he did fight a few big names back in the day. But, he did just enough to make his daughter fall in love with the sport. The daughter of Paul Van Dale joined the WWE in 2013. Before becoming a wrestler, she worked as a dancer for some NBA and NFL teams, most notably the Los Angeles Lakers. Carmella will always be remembered as the only female wrestler to ever win the Money in The Bank challenge twice.

Princess Diamonds for the Lovers of Beauty and Brilliance – 2022 Guide