No one is indifferent when it comes to Olympics. The case is the same with the 46th US President Joe Biden. POTUS chimed in on the small matter of Sha’Carri Richardson’s marijuana suspension. During a Saturday address, the new president said that rules are there to be respected and that they’re the same for everyone.

Richardson was the talk of the sports world for some time now due to her usage of illegal substances. She came back to the newsstands after the US Anti-Doping Agency (Usada) confirmed her suspension. For all of you unaware of her antics she tested positive during her 100m trials this summer. Sha’Carri Richardson wasn’t known only for her bright-colored hair but was also one of the fastest sprinters the US has. 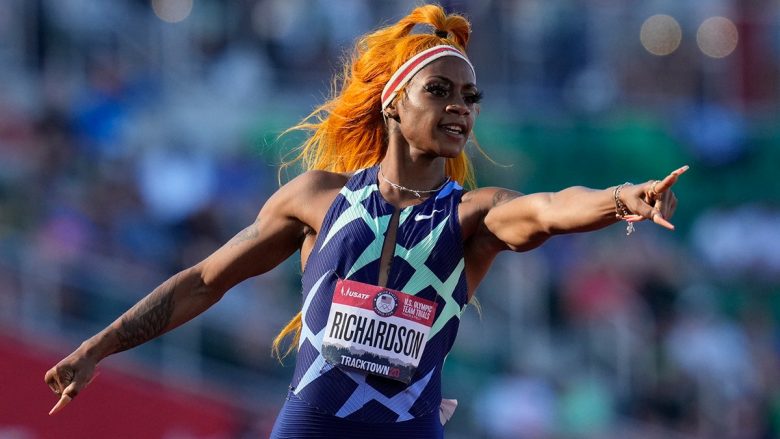 The catch is that while she is suspended, her ban expires two days before the 2022 Tokyo Olympics starts on July 30th. The issue is of course that her trial results are no longer valid due to her usage of illegal substances. This comes as quite a shame as her result qualified her directly for the Olympics which are every athlete’s dream especially in the domain of athletics.

Joe Biden kept it real and during his address on the situation, he said: “The rules are the rules and everybody knows what the rules were going in. Whether they should remain the rules is a different issue, but the rules are the rules.” At the same time, others have a different opinion on the subject. For one Alexandria Ocasio-Cortez, who is a Democratic representative called for Usada to overturn their decision in what she called a“strike a blow for civil liberties”

On the other side, we have Donald Trump Jr who was quite more direct: “Let her compete, I’m pretty damn sure weed has never made anyone faster.”The son of former President, Donald Trump wants to see Richardson at the Olympics, believing she can make a historic result.

WTF??? You’re telling me weed is somehow “performance enhancing” but being born and living most of your life as a dude and then competing against women isn’t? Total bullshit!!!

The woke olympics sucks! Let her compete, I’m pretty damn sure weed has never made anyone faster. https://t.co/m3gRbRrau1

Unfortunately for everyone involved, cannabis was and still is on the list of substances banned by the World Anti-Doping Agency (Wada). We also have Usada reducing the ban imposed on Sha’Carri Richardson from three to one month because she sued marijuana outside of the competition, and went through a counseling program. But, all of this could be in vain as she is currently not scheduled to fly to Tokyo.

Richardson talked about her current situation with NBC on Friday. On the occasion, she said: “I want to take responsibility for my actions, I know what I did and what I’m not supposed to do. Everything I do comes naturally. There will never be a steroid attached to the name Sha’Carri Richardson. It was marijuana. Don’t judge me because I am human.”Sha’Carri admitted that the reason why she felt the need to use cannabis was the death of her biological mother which happened right before the trials.

While there remains a slight chance that she would participate at the Olympics, Richardson is prepared to hold onto a straw: “I’m just putting all my time and energy into taking care of myself. If I’m allowed to compete I am grateful but I’m going to focus on myself. To my fans, family, and haters, I apologize. I know I represent a community that shows great love and I failed you.”

While Biden remains adamant that rules need to e respected he still said that he’s: “really proud of the way she responded”.