Tom Hanks’ fans around the world have very dramatically accepted the information that the actor, like his wife, was infected with the coronavirus. Since everyone is talking about it today, at one point, a piece from “The Simpsons” came out as proof that, once again, they had “predicted shocking news.” 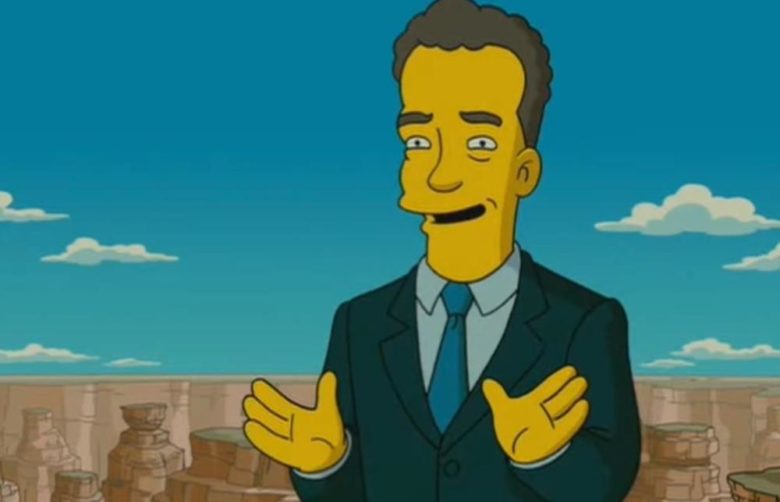 In “The Simpsons” movie, which was released in 2007, animated Tom Hanks, while advertising a “New Grand Canyon,” claimed the “US government had lost its credibility, so it’s borrowing some of mine”. Then he stated: “This is Tom Hanks”, saying “if you see me in person, please, leave me be”.

The Simpsons also nailed the prediction of Tom Hanks being quarantined. ??? pic.twitter.com/hwBYJlqZej

Not only did the Simpsons predict the outbreak of the virus, but they also offered a solution in the form of a huge dome once erected by the Environmental Protection Agency.

Feeling very bad for @tomhanks, but in the interest of public health I couldn’t help but think of this line from the Simpsons Movie. #COVID19 #auspol pic.twitter.com/IfOZ0kTr4P

By the way, this cartoon series has so far predicted several major events – from the election of President Trump, the altercation with the voting machine in the US, and the Ebola crisis, which lasted from 2014 to 2016.

….. does no one else remember when the Government used the always credible Tom Hanks to announce the second new and improved Grand canyon in Springfield on the Simpsons? #COVID #CoronavirusOutbreak #TheSimpsons https://t.co/Ho2Lgb5Zo5

Music Stars Forced to Cancel Tours Due to Coronavirus Outbreak