Hollywood actress Selma Blair looked lovely in a retro, pink dress which she wore for a coffee date with her partner Ron Carlson, 73. The couple met after Blair’s lunch with her “Cruel Intentions” co-star Sarah Michelle Gellar and director Roger Kumble. 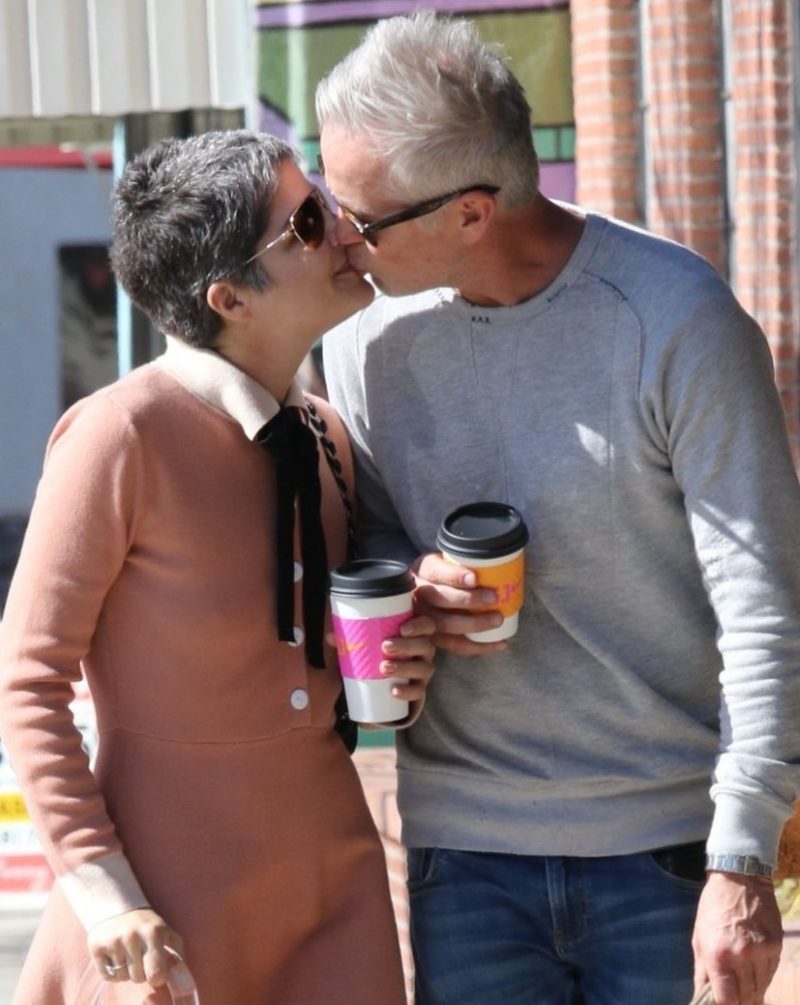 The coral dress with white buttons that matched the white-collar looked great on the actress. She was carrying a small black “Chanel” handbag that she paired with a small black bow and a pair of Mary Jane flats. The actress wore brown classic “Ray-Ban” sunglasses as well as a stick to help her move around more easily. 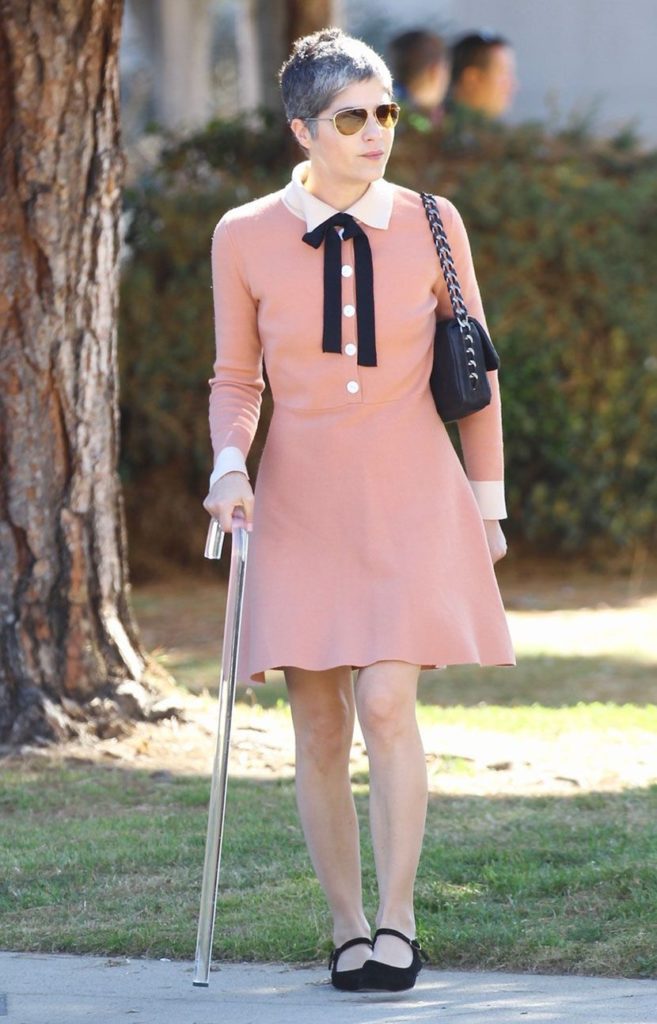 Selma and Ron were “caught” sharing a romantic kiss on the street. The couple was exchanging tenderness, and Blair couldn’t hide her smile.

Seriously. This dress is so reminiscent of what my mother preferred to see me in as a teen. I sometimes obliged. Love it now. @elliatt ? @janeylopatypr ? #backgrid ? @backgrid_usa. Ps. Hi @ronnniecarlson ?

The 47-year-old actress recently broke up with David Lyons, 43, and began a new romance with her old crush, Ron Carlson.

“People come into our lives. And sometimes they go. Or you go. And you go on. And you try to put the pieces together in your mind to make sense of it,” she said at the time. 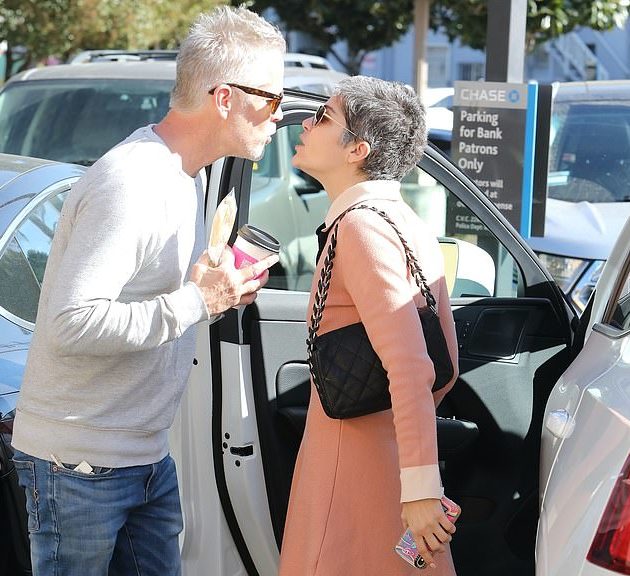 The actress spoke candidly about her battle with serious illness, multiple sclerosis, which she was diagnosed with in October 2018.

“The disease modifiers didn’t work for me at the time, and I was really declining more rapidly than I found acceptable”, the actress said in October 2019, stating that she was advised to go for aggressive chemotherapy.

“Why would I put this horrible d*ug in it — chemotherapy, I don’t have cancer,” she said. “But I was kind of out of options, and I was looking”, said Selma, who still received a lower dose of chemotherapy before her stem cells were transplanted.

Read Also: Horrifying Pictures of Selma Blair Emerge as She Battles with Onset of Multiple Sclerosis

Blair has an eight-year-old son, Arthur, with her ex-boyfriend, fashion designer Jason Bleick, 50.

I can’t show how good it feels to have my friends come and bring lunch and news of the world. So I will just share the standard happy selfies. With love. Who knew this #cruelintentions trio would be forever? #lucky #best #scarah @sarahmgellar ? @rogerkumble And yes. This sweatshirt is washed regularly. @hopeheals