Ever since Prince Phillip died a few days ago, many people have been sharing their memories of the late Duke. The members of the Royal family also released statements that showed the great appreciation and love they have for him.

Prince William and Prince Harry wrote in their statements that their grandpa was an “extraordinary man” and “man of service, honour and great humour”. Also, they both thanked him for his service and agreed that he will be greatly missed.

On the social media of the Royal Family some unreleased photos were shared in memory of the Duke of Edinburgh.

Remembering The Duke of Edinburgh as a much-loved Father and Father-in-Law.

Members of The Royal Family are today sharing their memories of The Duke – see more on @RoyalFamily. pic.twitter.com/7lIGjhhYtQ

— The Prince of Wales and The Duchess of Cornwall (@ClarenceHouse) April 14, 2022

The Prince of Wales shared this old photo of him and his dearest Papa, how he was calling him, playing polo. In the second photo, Prince Philip and the Duke and Duchess of Cornwall share a laugh at one of the engagements.

Kensington Palace released a photo from 2015 when the Duke and Duchess of Cambridge were visiting the Queen and late Prince at the Balmoral Castle. We can also see Prince George and baby Princess Charlotte smiling at the Granny.

Princess Eugenie shared a lovely tribute to her Grandpa, mentioning how he taught her “how to cook, paint and what to read”. She also thanked him for his dedication and love, and shared two beautiful photos of Beatrice and herself with Grandpa, and one from when she was little. 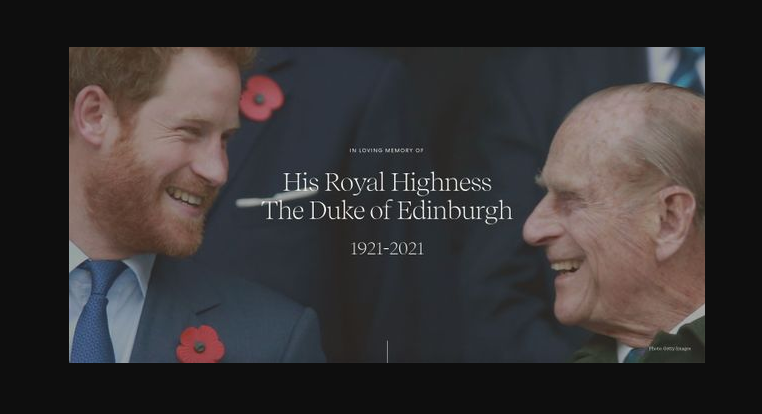 Prince Harry shared a lovely photo of him and his grandfather sharing a laugh at one of the Royal engagements, with the writing “In a loving memory of His Royal Highness The Duke Of Edinburgh”.