Clint Eastwood’s career spans six decades, from horse-riding, trigger-happy westerns, to tackling modern American history in the box-office hit “American Sniper”. Eastwood’s directorial opus is also a fascinating mix of dramas, romances, and action movies. The movies he played in or directed were nominated 41 times for the Academy Award, winning 13. Very few actors in the world achieved such honors.

Choosing which movie to put on the list is an ungrateful and difficult task considering that so many movies already have a cult status. Here are some of Clint Eastwood’s best films.

The famous “Get off my lawn” growl from Clint Eastwood while grabbing his shotgun and pointing at some arrogant youths is enough cinema for the movie to make the cut. Walt Kowalski character is an old, grumpy, racist veteran who, by chance, embarks on the vigilante journey that will forever change him. Friendship with an Asian kid next door rattles the old man’s convictions to the core. It’s like a modern-time western.

Eastwood was behind the cameras of this heartwarming drama. We all know how Chesley Sullenberger saved hundreds of lives by landing an airplane on the Hudson river in 2009. However, the movie goes deeper into the character of Sully and the aftermath of the incident. Tom Hanks as the protagonist did a masterful job in presenting the personal turmoils of sudden fame and the pressure Sully found himself in. 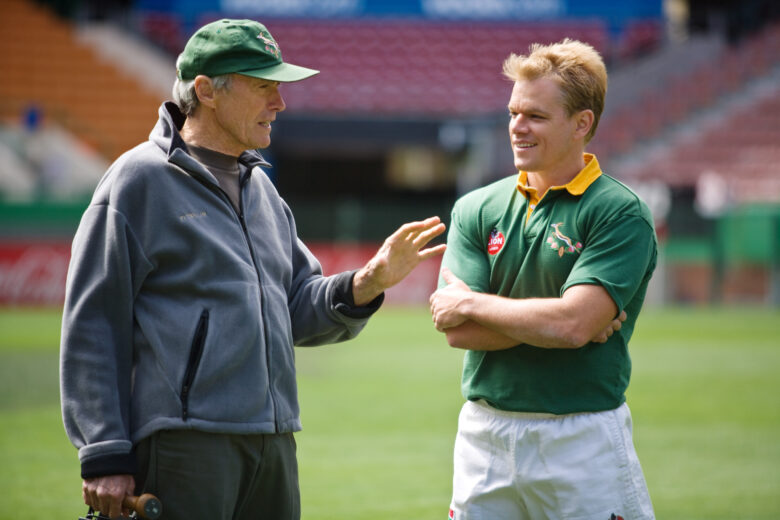 Everyone expected this movie to be a mushy, tear-jerking, romantic story, but somehow Eastwood turned it into an inspirational loving drama. The story is about an affair between a National Geographic photographer (Clint Eastwood) and a married woman with kids (Meryl Streep). An interesting fact is that Clint fought tooth-and-nail with directors to have Meryl as his co-star. The first choice was Anjelica Houston, then Susan Sarandon, and Cher.

As soon as the news broke that Eastwood is filming Space Cowboys, they became the laugh of the town. Called “geriatric Armageddon” and such, there were zero expectations from the movie. Once it came out everyone was astounded what a fun and entertaining feature this is. The undeniable charm of old-school actors like Tommy Lee Jones and Donald Sutherland made the movie one of the best artworks that came from Eastwoods shop.

Eastwood touched the beehive with this movie tackling the topic of PTSD among soldiers and the horrible aftermath that left many veterans psychologically scarred for life. Bradly Cooper shined in the lead role following instructions and advice from a seasoned, no-nonsense conservative – Eastwood. In the end, the audience was left with a disturbing and shocking tale, unable to ignore the facts that were swooped under the carpet for so long. 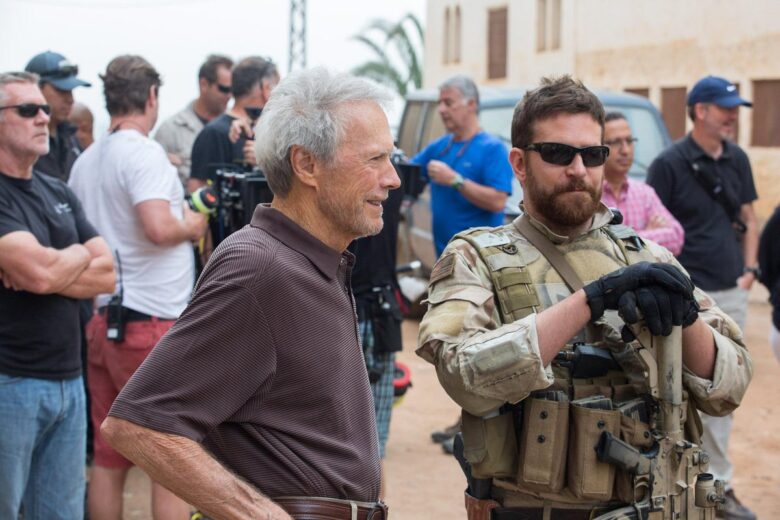 Eastwood did justice to both sides, American and Japanese, by filming two movies from different perspectives about the same event. Flags of our fathers is a story about the bloody battle for the Japanese island of Iwo Jima that took place in 1945. This half of the story portrays American soldiers and their fight to raise the flag on the island. A must-see part of American history.

A gut-wrenching drama set in the blue-collar part of Boston is a pure masterpiece. The psychological development of each and every character in the movie went to the deepest corners of the human soul. The tale is somewhat karmic in nature – ex-convict trying to find the killer of his daughter, played by Sean Penn got him a well-deserved Academy Award for the best actor. Eastwood, once again, doing his magic behind the camera. 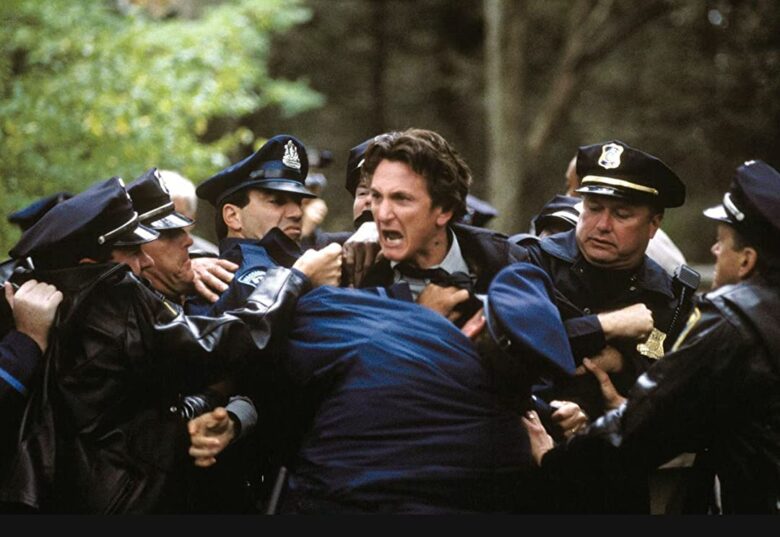 This film won Oscar in every major category – Best Picture, Best Director (Clint Eastwood), Best Actress (Hillary Swank), and Best Supporting Actor (Morgan Freeman). Do we need to say more? An emotional drama about a young woman, an underdog amateur boxer, driven by a desire to prove to herself and to her family that she can reach her dreams and make something out of her life. Maggie Fitzgerald (Swank) was the only one who believed she can make it. And she did. 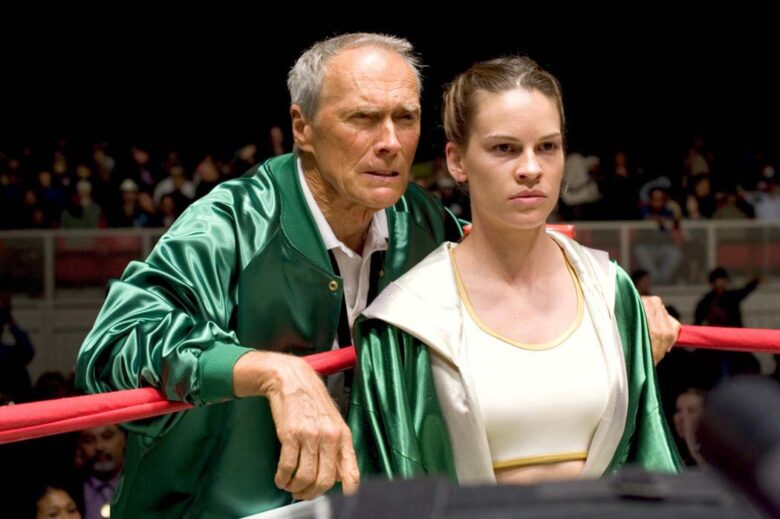 This movie is a work of art, compassion, and understanding. The second half of Flags of Our Fathers tells the story from the Japanese perspective and is filmed almost completely in Japanese to keep the authenticity of the event. Eastwood made a perfect balance of narrative letting the story flow without being compromised with the American point of view. The movie is a very raw, honest representation of the horrors of WWII. 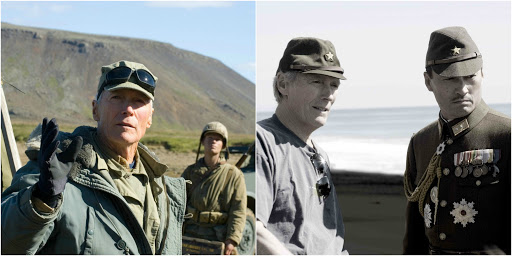 You don’t know Clint Eastwood at his best if you never watched Dirty Harry. A mean, short-tempered detective Harry Callahan of the San Francisco Police Department is Eastwood’s trademark, iconic role. Five movies were made with the inspector Callahan leading the way, and each and everyone is worth watching. You think CSI is cool? Watch Dirty Harry. Forest Whitaker who played Charlie Parker did a magnificent job presenting the circumstances the mid-century black man found himself in. A musical genius pushed aside and challenged by society is perfectly and compassionately painted while giving us an insight into the simmering rage caused by injustice. This multilayered film certainly deserves a place in every collection. 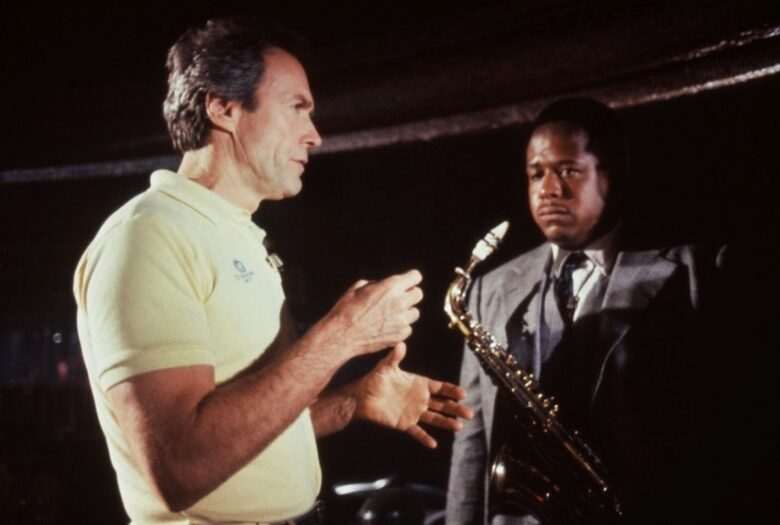 The double-gun vigilante rides again! Clint Eastwood, that is. The 20th-century gladiator was wronged when Union soldiers killed his family leaving him no choice but to take justice into his own hands by joining the pro-Confederate soldiers. Another war story after the war. Another vengeance written in blood. And another masterpiece from Eastwood.

Directors, Sergio Leone and Don Siegel, featuring Clint Eastwood – enough said. At the first glance, reading the synopsis, it might seem like another vigilante movie where justice always prevails. Not quite. The mysterious gunman brings righteousness to a small mining town, along with his own demons. This is the first movie that Eastwood both starred in and directed spiced with black humor by Sergio Leone. The one movie that will raise numerous questions leaving you to recognize yourself, relate and come up with your own answers.

The last western by Eastwood sums up all the points he ever tried to make along with drilling the holes in every myth that these movies tried to prove. A beautiful, revealing tale that was set out to be another shoot-out by mad, frowning characters ended up being the most anti-violence action movie ever. It’s the best movie of 1992 according to the Academy, the audiences, and the worldwide acclaim from critics. The story about an aged justice-seeker taking one last job is actually a tale about self-reflection, heroism, and contemplation on age. 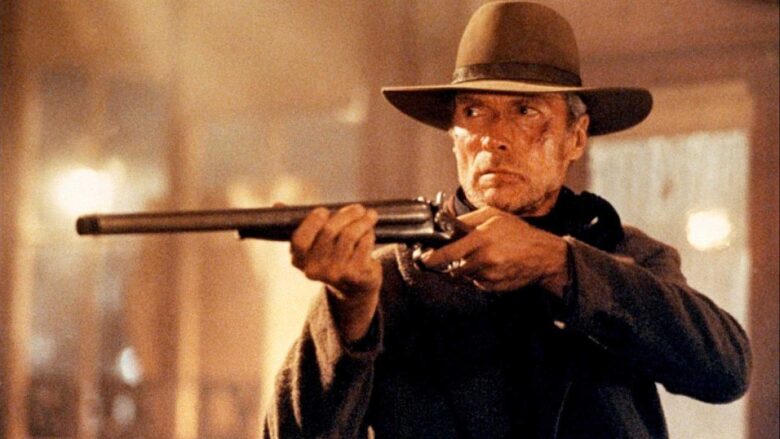 The Best Western Movies That Are a Vital Part of...