NEW YORK POST – 05/24/2020: Only moments ago, it seemed that Jarrett Stidham is the New New England Patriots quarterback. The starting position was reserved for him, according to Patriots coaching staff and media outlets. But, one former New England player believes that this would not be the case comes September.

Last year, Bill Belichick used a fourth-round pick to draft Stidham. He’s 23 years old, with a lot of upsides and a solid college career. Furthermore, they had one year to assess his abilities and decide that he’s their first choice for the sports most valuable position. 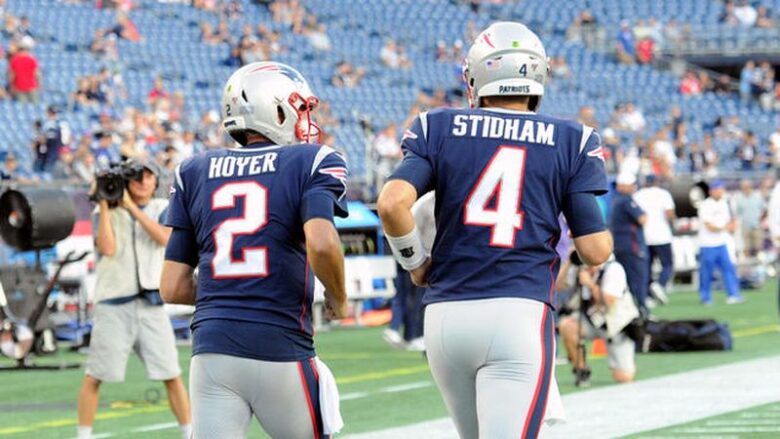 That brings us to Rob Ninkovich. Former Patriots linebacker believes that Jarrett Stidham would not be the starter for New England when the season starts. Ninkovich won two Super Bowls with Patriots, and he knows a few things about running the organization. He believes that Bill Belichick will go with the more experienced quarterback he has in Brian Hoyer.

Read Also: Gronkowski Reveals The True Reason For Coming Out of Retirement

Ninkovich said: “I think Brian Hoyer will be the starter Week 1, and I say that because the quarterback position is one of the most important for reps under center, seeing defensive looks, looking at coverage, understanding the offense.”

During the same interview with ESPN’s Get Up, Rob added: “Look, they’re not practicing right now (due to the coronavirus pandemic). There’s no minicamp; there’s no offseason, there’s no training camp. We don’t know when that’s going to happen. So if you have a veteran quarterback who has been in the system, understands what to expect what an NFL season is like, you’re gonna want to go with a guy who has the veteran leadership [and] also what it takes to be in that building.”

Ninkovich claims that experience is essential for a starting quarterback, and he believes that at the start of the season, Hoyer would be a better choice for Patriots. Former Patriots linebacker doesn’t have a lot of faith in Stidham: “Look, when you’re a second-year player, you really don’t realize what a season’s like as a starter. You don’t understand what it’s going to take, and not having an offseason does not help. So, Brian Hoyer will be the starter Week 1.”

Donald Trump And Joe Biden Are Going All Out On Twitter