After English singer Rita Ora has split from a young actor and her co-star Rafferty Law, she seems to be determined to show him what he lost. The 29-year-old star continued her solo life in style. 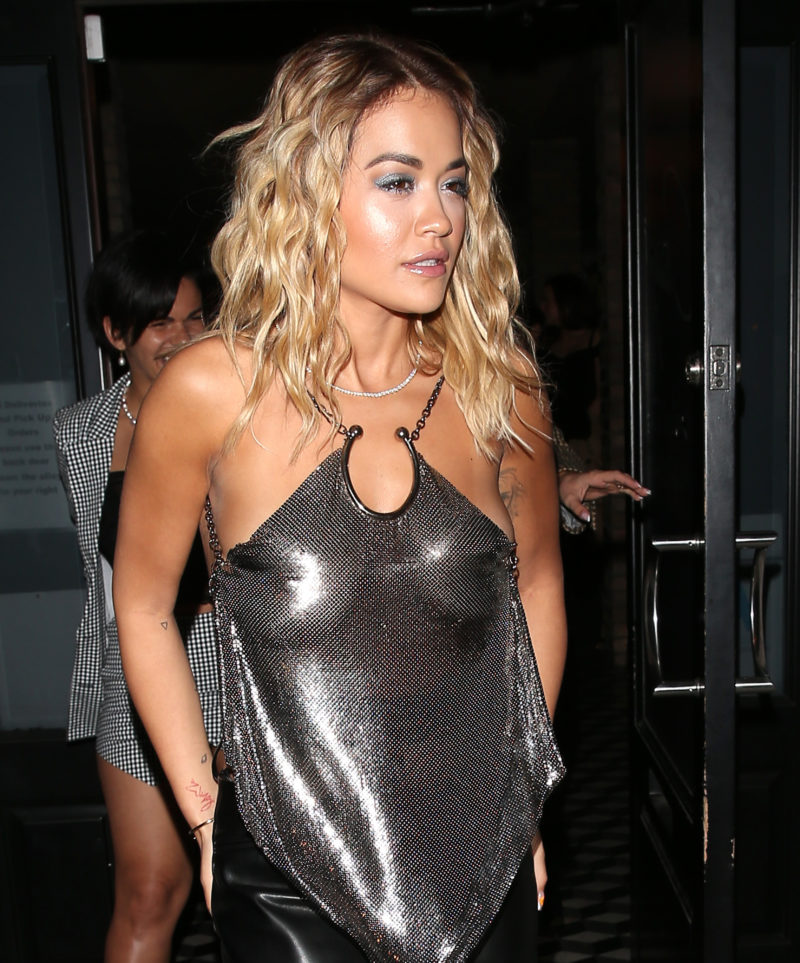 Rita shone in a glittering top under which she was not wearing a bra, which barely contained her lush curves. In such an outfit that left little to the imagination, Rita set out on a night out in West Hollywood, and her appearance drew the attention of the paparazzi. 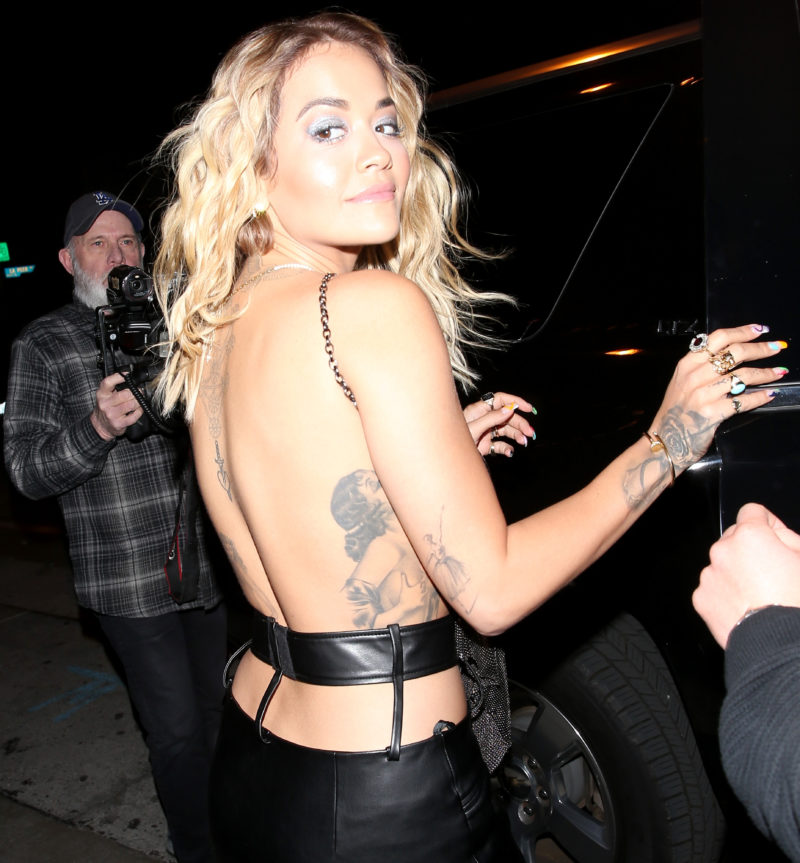 She paired the silver top with a black leather skirt with a high slit. During the night out, she replaced tight dress with some leather pants. 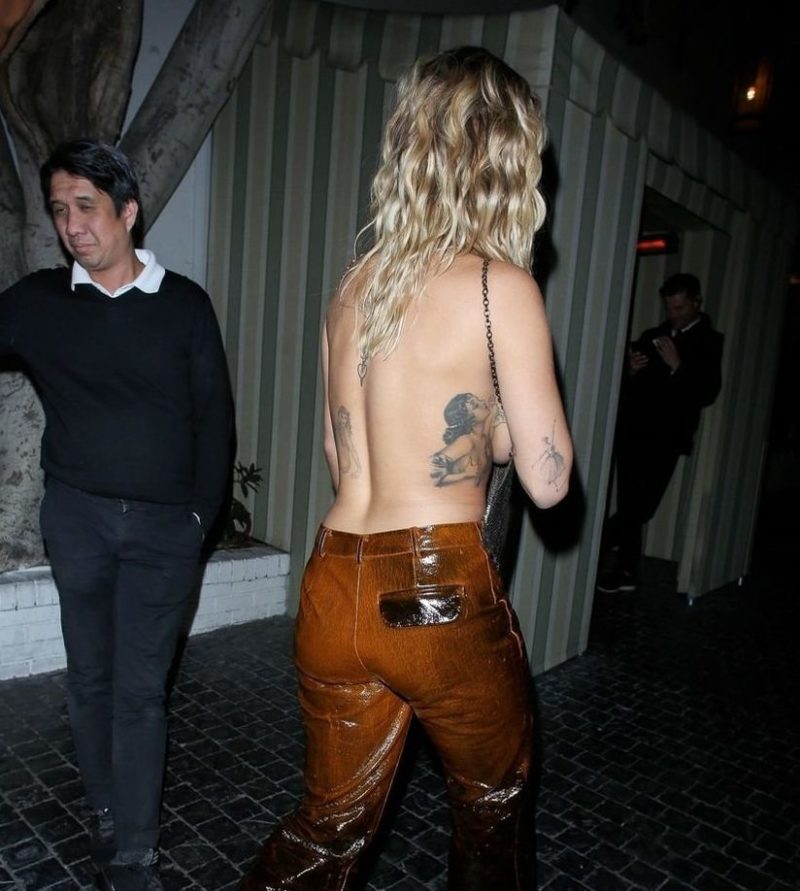 The singer apparently decided to put her love issues aside, or at least briefly forget about them, after the news leaked that she and 23-year-old Jude Law’s son had decided to break up after dating for two months. 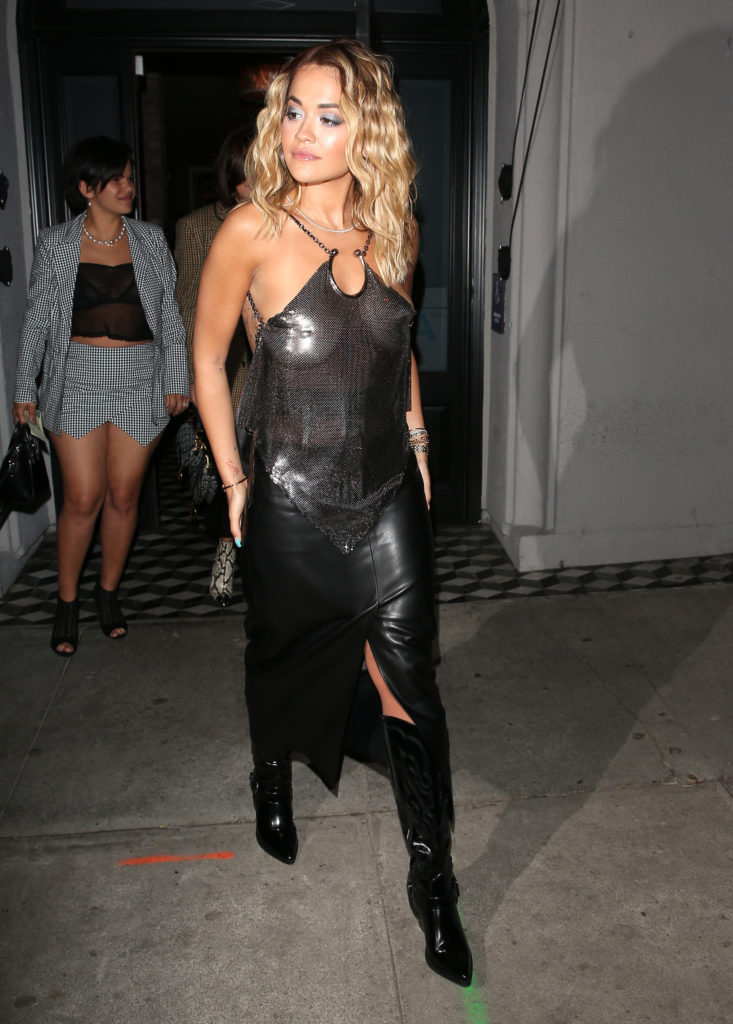 The pair fell in love with the shooting of “Oliver Twist” and made their first joint public appearance at the British Fashion Awards at the London Fashion Awards. “They grew close while they were both working in London, although they were just taking each day as it came and weren’t in a rush to label anything or move too quickly. But Rita has spent so long out of the country now, and they’re not talking as much as they were, let alone doing the things couples do when they’re together”, a source told The Sun.

The insider continued: “Things are on ice until they’re back in the same country. They might pick up again then, but at the moment, they are more like friends.”

People don’t realise the amount of attempts that go on lol. Back to Europe. Home time. Can’t wait ✨

Rita Ora Strips Down To a Racy Olive Bikini