Well, the world trends are there for a reason. It would seem that what Meghan and Harry did in the UK could happen in Japan. Kei Komuro and Princess Mako are an odd Royal couple too, with Kei being non-Royal. People are already asking the question: When will they appear on Oprah Show?

The media in Japan are feeling the same way the United Kingdom ones did back in the day when it was announced that the Duke of Sussex is marrying a commoner. In the Far East, the news is that Princess Mako, who is the niece of Emperor Naruhito, is on the brink of tying the know with her “commoner” boyfriend Kei Komuro. The future groom is a successful young lawyer who finished school abroad in the US. He attended New York’s Fordham Law School and currently works at a law firm based in New York City.

Komuro came back to Japan on Monday, for the sole reason of attending his and Princess Mako’s wedding. The date of the wedding is not set yet, but media in japan speculate it will be on the schedule somewhere in the next two months. The two will go through preparations together, before the ceremony. Once they’re married they will move back to Big Apple where they are going to live.

An insider close to the Royal Family of Japan described them like this: “The Meghan and Harry of Japan, controversially leaving behind a royal life to start a new life in the States.” yes, you heard that right. Furthermore, Fuji TV’s Ulrika Yui said this: “We are curious to know how US media is approaching this news. And if Princess Mako will have to expect paparazzi photographers around her once she is settled in New York? Many people are trying to link it to Prince Harry and Meghan, making it a similar story.”

Mako and Komuro have been together since 2012 when they met in a restaurant. This was back in the day when both attended International Christian University in Tokyo. The engagement followed five years later in 2017 and they were blessed by the late Akihito who was the emperor at the time. Back then the plan was to get married in 2018, but it was delayed due to a dispute over $36,000 in financial support which was brought out by Kei’s mother and his former fiance. 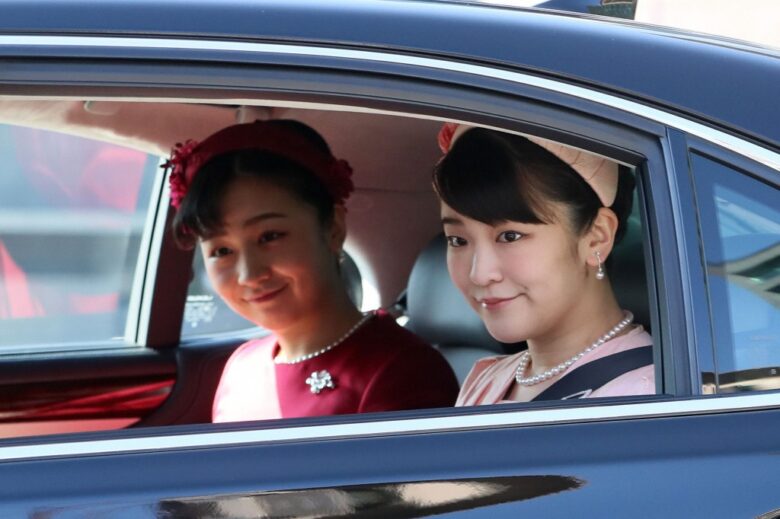 While this was a massive scandal back in Japan, Ulrika Yui is more worried about their life abroad once they move: “Are the American people welcoming of them, and looking forward to the Japanese Princess moving to the US? Japanese media has been very harsh on her and her fiance especially, but overseas reactions seem a bit different.”

While we’re not aware of how will their reception go in the States, in Japan, the opinions are divided. Some people believed that the wedding should be canceled because of a financial dispute. Others believe that the romance should continue. Once it was evident that the people of Japan are not behind Mako’s move she decided to cast away the $1.35 million she’s entitled to upon leaving the Royal family. Also, Komuro added fuel to the fire by leaving Japan on a previous occasion with his ponytail held high.

The pair will hold a press conference once they clear the COVID-19 protocols in the country. In two weeks’ notice, we’ll know more about the situation and their plans. Stay tuned!

Baby Gender Revealed: Is Kyle Jenner Having A Boy Or A Girl?