The Voice has been on the air for 21 seasons. Some major music stars sat in those chairs like Gwen Stefani, Jennifer Hudson, Shakira, Alicia Keys, Usher, and many more. The competition heated up when one of the greatest stars joined the judging panel – Ariana Grande.

The moment Ari stepped in, the audience in the studio went crazy. The rest of the judges knew immediately that they got a fierce competitor. Kelly Clarkson shared her concerns in her show: “Literally, the entire audience was screaming. I was like, ‘We have no chance'”. Ariana is sitting alongside Kelly Clarkson, John Legend, and Blake Shelton, the veteran of the show. The Kelly Clarkson Show invited Ariana to share her experience so far as The Voice judge, to discuss the competitors and fellow coaches. Ari gushed about how much she loves being a part of something huge that affects people’s careers and lives in general. The pop star went on about singers on her team admitting that she broke almost every rule from the contract. 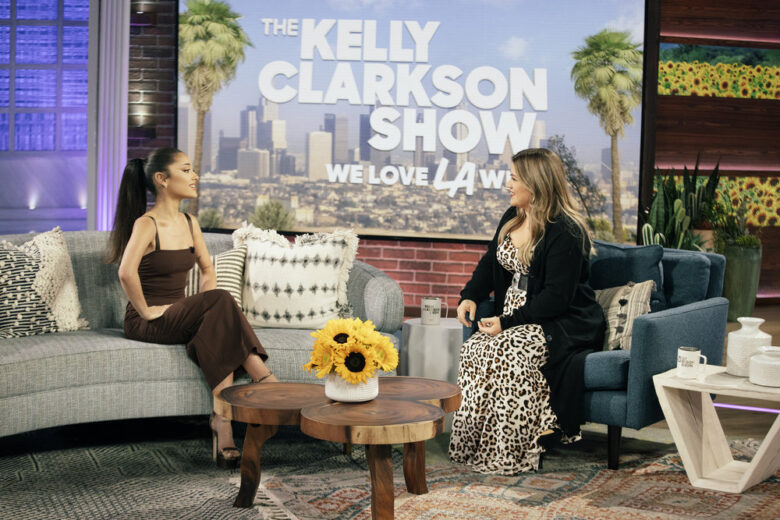 “I’ve broken every rule in my contract. I talk to them all the time. I’m DMing them”, Ariana explained. The producers are advising the coaches not to contact their team yet: “They’re like, ‘You’re not supposed to do that.’ And I’m like, ‘Sorry'”.

Even though other coaches seem to be worried about the magnitude of Ariana’s impact on the audience, the singer herself disagrees. When talking to Kelly at her show, Ari shared her thoughts: “I really don’t think that I have the chance that you think I have”. The 28-year old pop star revealed that she has some amazing talents in her crew and that she is sure the audience will “fall in love with them”.

Meanwhile, a little spark already began flying among the judges. On Monday, Jeremy Rosado amazed judges with his performance. Both Blake and Kelly wanted him on their teams. Blake looked for Ari’s support, but she calmly said to the contestant: “You have so many really special parts of your voice. And I think Kelly might be able to help you. I do think Kelly might be the right fit in this case”. Ari then turned to Blake and apologized.

This set into motion a rivalry between the two when Blake looked into the camera and announced: “I can’t believe Ariana just did that. That’s a slap in the face. The friendship is over”. Later, Blake approached the songstress adding: “You stabbed me in the back. I was right there on the edge of the cliff, and you pushed me off”. To add fuel to the fire, some false rumors appeared in the last couple of days about producers wanting to replace Blake, since Ari is bringing so much “fresh energy” to the show. However, Blake jumped on the joke, posting: “Thanks a lot Ari… Thanks a f—- lot”.

Kelly Clarkson’s Ex Won’t Be Riding Any More On MT...