DAILY STAR – 04/02/2020: The fans of Good Morning Britain were left baffled after they saw Piers Morgan on this show. The famous host wasn’t careful with his makeup, and this didn’t pass unnoticed with the fans of this show.

Because of his orange-heavy makeup, Piers Morgan was ridiculed, and people draw parallels between him and the United States President Donald Trump. Not many people favor this much orange on their faces. It was noticeable that his skin looks a lot more tanned than what we’re used to. 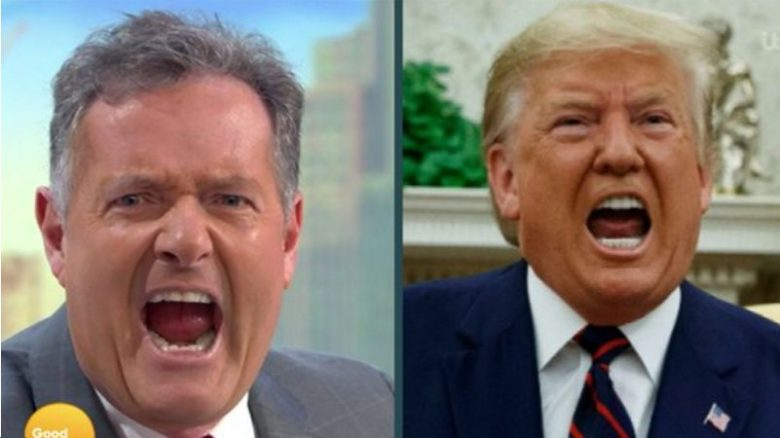 Now, this is something that most of us could overlook if it weren’t for that makeup line across the side of his face. One viewer was quick to comment on the resemblance of Morgan and Trump: “Has Piers been taking makeup and tanning tips from Donal Trump?”

Remember when Trump was constantly calling Mike Bloomberg – Mini Mike? You’ll love this comment: “A bit too much makeup Piers you look like a mini Trump this morning.” Comments like this continued: “You’re looking more orange than your mate Trump, Piers.”

It is hard to be a male and to look more orange than Donald Trump, but here we are: “Piers you’ve got a bit heavy on the makeup this morning – our very own Trump.”

Piers was a bit agitated on to many orange comments, so he added: “If I have over tangerined, then I can only apologize if you are offended.”

The reason for his not-up-to-standards makeup was the lack of staff they have on hand in this department due to the coronavirus crisis.