Prince Harry and Meghan Markle are the main topic on social networks, and now they’ve been attacked on social media and news websites by famous Piers Morgan. 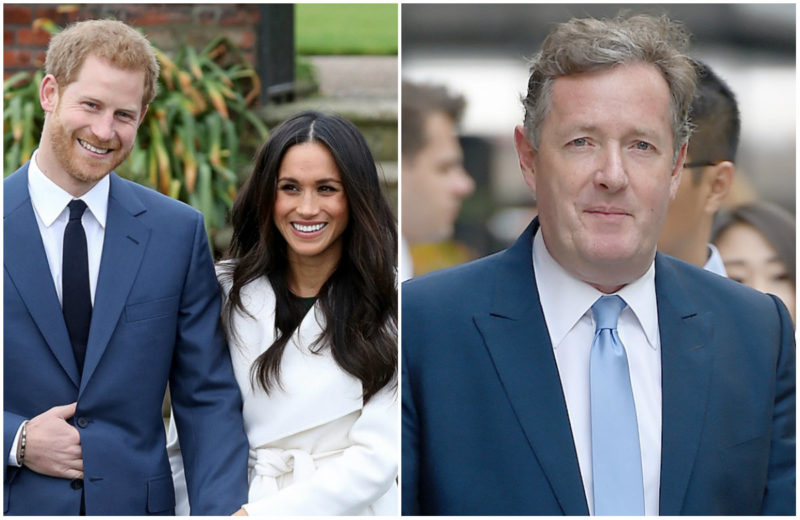 The news about stepping back from the royal duties that Prince Harry and Duchess Meghan Markle shared on social media has caused real disbelief among the public.

Their move, which has already been named “Megxit,” has divided the opinions of their fans – one part justifies their decision while the other harshly criticizes them and disapproves of what they do.

“After many months of reflection and internal discussions, we have chosen to make a transition this year in starting to carve out a progressive new role within this institution. We intend to step back as ‘senior’ members of the Royal Family and work to become financially independent, while continuing to fully support Her Majesty The Queen. It is with your encouragement, particularly over the last few years, that we feel prepared to make this adjustment. We now plan to balance our time between the United Kingdom and North America, continuing to honour our duty to The Queen, the Commonwealth, and our patronages. This geographic balance will enable us to raise our son with an appreciation for the royal tradition into which he was born, while also providing our family with the space to focus on the next chapter, including the launch of our new charitable entity. We look forward to sharing the full details of this exciting next step in due course, as we continue to collaborate with Her Majesty The Queen, The Prince of Wales, The Duke of Cambridge and all relevant parties. Until then, please accept our deepest thanks for your continued support.” – The Duke and Duchess of Sussex For more information, please visit sussexroyal.com (link in bio) Image © PA

One of the Twitter users wrote: “Meghan Markle has ruined Prince Harry. Now separating him from his family”, and another added: “Harry worries and cares for Meghan. He just wants to protect her. Remember he lost his Mum, he doesn’t want to lose his wife”.

In reality though how can Harry and Meghan be financially independent, surely they are too famous to work, they need protection to go anywhere as it is…. #harry #meghan #royals #prince

Another comment read: “Harry and Meghan don’t need to be in the Royal Family. They can survive on their own. They seem so happy together why put up with all the royal stuff when you can just go live your life how you want”.

There were supportive ones, such as: “Go Harry and Meghan” and others not so much: “Harry will know he’s made a mistake. He’s turned his back on duty and his family, not least his grandmother”.

Maybe Harry & Meghan (since they have been taken down a few pegs on the royal ladder) can find it in their royal hearts to visit her Father. Nobody, not even my husband, could ever keep me from my Father. If you want respect, start showing some yourself. Don't expect any here.

A social media user concluded: “He never loved the Royal life, he loved his work once he discovered his niche. But if you followed Harry before, you know this sounds exactly like him. Now he has something to protect, and I believe he is happy”.

Famous British host Piers Morgan unleashed a tirade on Twitter on Meghan Markle and publicly accused her of breaking up the royal family.

“People say I’m too critical of Meghan Markle – but she ditched her family, ditched her Dad, ditched most of her old friends, split Harry from William and has now split him from the Royal Family. I rest my case,” Piers wrote on Twitter.

The taxpayer should not be paying a single penny to support Meghan & Harry’s new life as duty-free celebrities. Not. One. Penny. pic.twitter.com/GzALYVYCfs

Piers Morgan wrote in a column for Mail Online that he had seen a lot of disrespect for the royal tradition in his time, but that he had not encountered such pure arrogance, entitlement, and greed. Morgan called the royal couple “two deluded clowns,” and compared them to the most famous reality family in the world.

No. She’s breaking up our royal family after fleecing the public purse. As a taxpayer, and a Monarchist, I’m entitled to take a rather dim view of this. https://t.co/s6gkmN3yiI

Read Also: Is This the Real Reason Prince Harry and Meghan Markle Are Stepping Back From the Royal Family?

He continued: “Make no mistake, Harry and Meghan going rogue like this is an earthquake that will shake the very foundations of the Royal Family to the core, especially coming so soon after Prince Andrew was fired over his friendship with billionaire Jeffrey Epstein.”

Wow. What a disgraceful way to treat The Queen.
Shame on Harry & Meghan. https://t.co/j2m24M2MSu

“Harry and Meghan’s astonishingly brazen and selfish antics have left her no choice but to cut them loose and fire them both from the Royal Family. Get rid of these whining, ego-crazed, deluded leeches Ma’am – before it’s too late”, the 54-year-old journalist concluded.

Keanu Reeves With Cyberpunk 2077 Action Figures to Be Released