Irish-American actor Pierce Brosnan, 66, is spotted enjoying on a beach in Hawaii with his wife Keely Shaye Smith, 56, whom he has been dating since 1994. 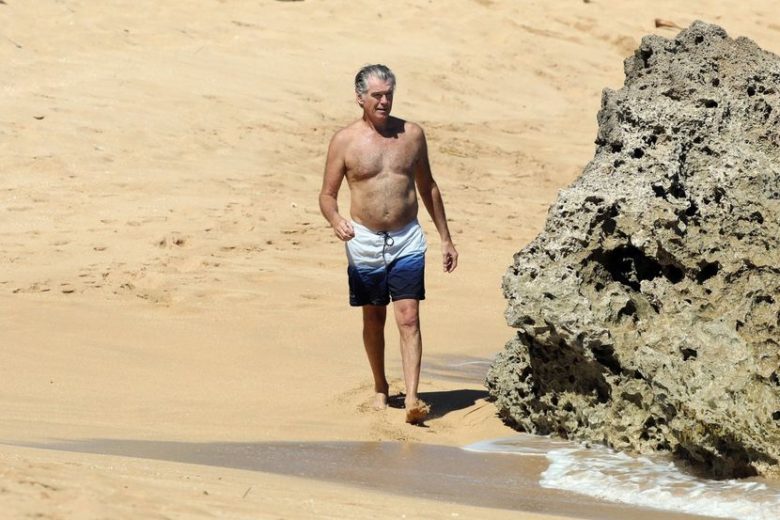 The former James Bond looks excellent for his age, but fans say his wife is overweight and should pay attention to her figure because 25 years ago, she was skinny and pretty. But the famous actor doesn’t care about the mean comments and cherish his wife with whom he spent a quarter of a century. 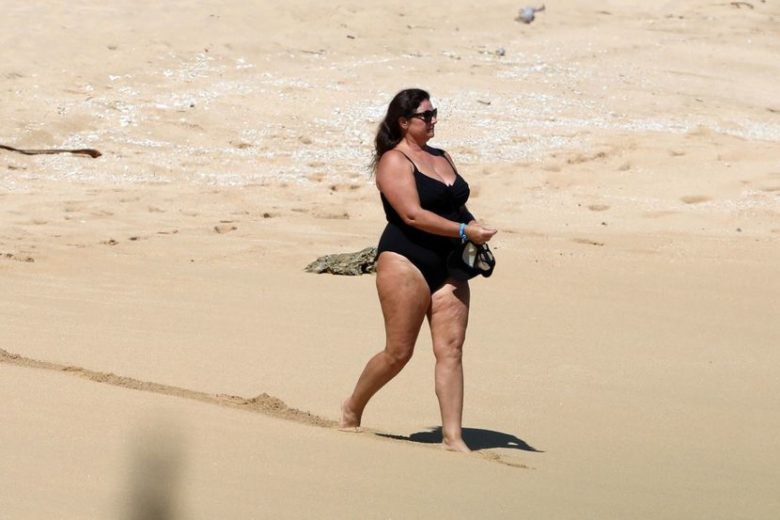 Pierce, who played James Bond for the first time in 1995, donned a blue-white swimsuit while watching the waves and running along the shore. From time to time, he would just sit under an umbrella, put on black glasses and a white hat, and enjoy with his family members.

He was pictured during a time of self-isolation with his family and away from the hustle of potential coronavirus infection. 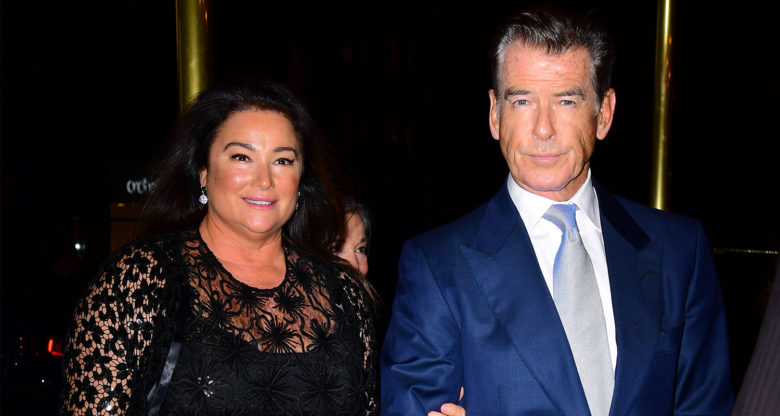 Meanwhile, Keely donned a one-piece black swimsuit and wore dark glasses. She held a colorful baseball cap in her hand and a blue scrunchy on her arm to break the black styling. The couple sat under a large umbrella, and Keely later put on a transparent bathrobe. 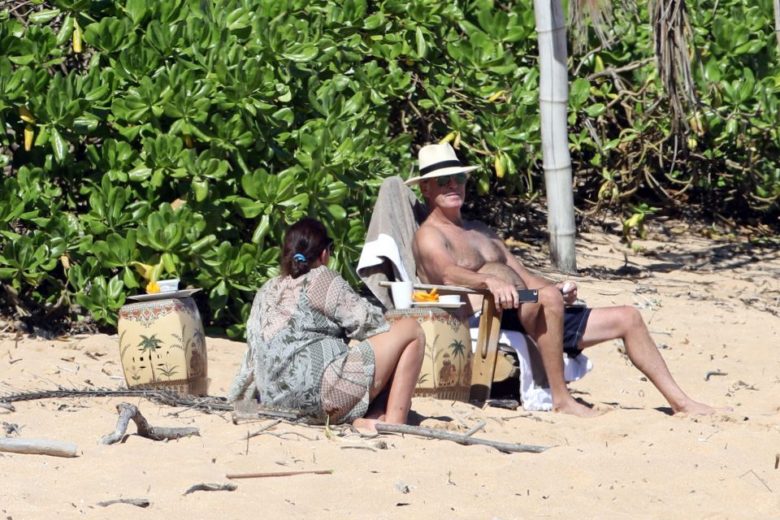 Before that, he had been married to Australian actress Cassandra Harris from 1980 until her death in 1991.

Pierce has three children, two from her second marriage to Keely, Dylan (23), and Paris (19), as well as Sean (36), whom he has from marriage to Cassandra. 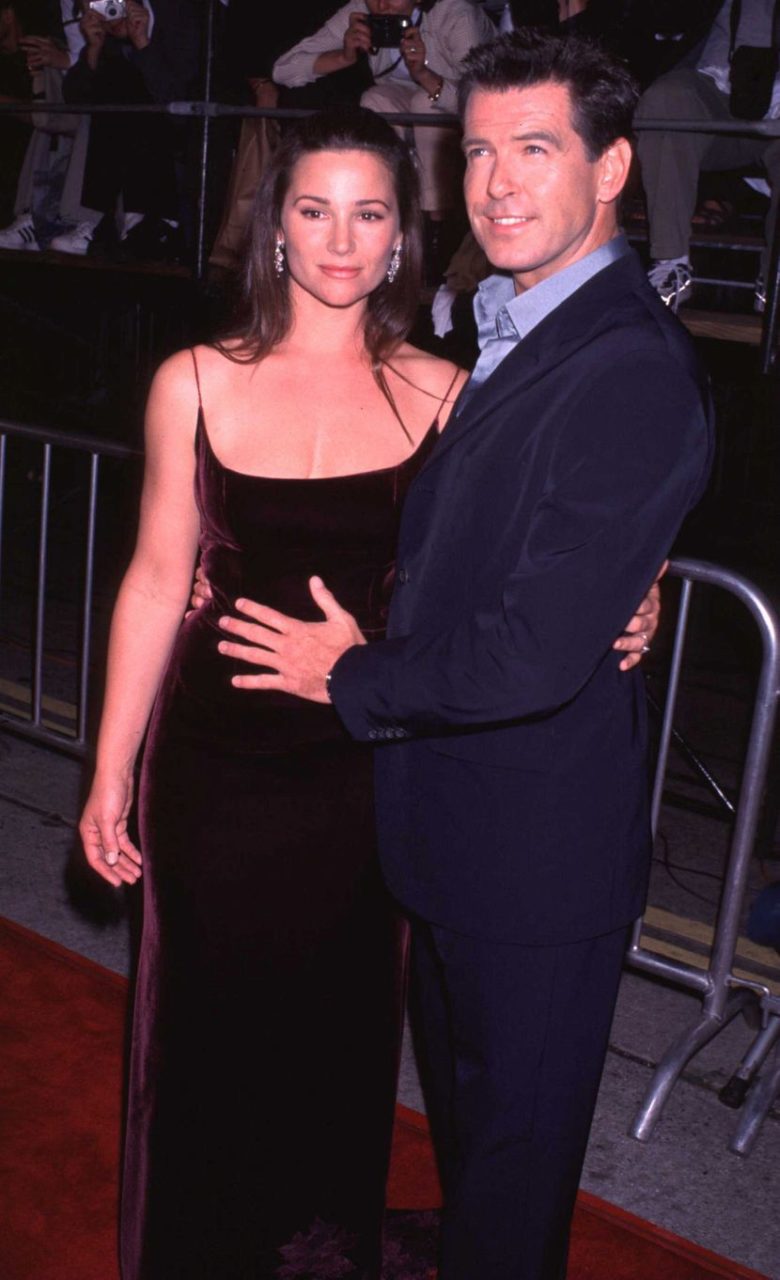 He also adopted two children from Cassandra’s first marriage, Charlotte and Christopher, who he has with Dermot Harris, but they bear the surname Brosnan.

In 2013, his adopted daughter Charlotte passed away from the same disease as her mother, from ovarian cancer.

Pierce now has three grandchildren, Isabella (21) and Lucas (14), whom Charlotte gave birth to, as well as Sean’s daughter Marley May (4).

@GoldenGlobes 2020… A night to remember with @keelyshayebrosnan and our sons @dylan_brosnan and @paris.brosnan ✨ Thank you Mr. Giorgio Armani @Armani for the elegant tuxedos. You made us shine. And heartfelt thanks to the @HFPA for bringing us all together.

Donald Trump Humiliation: Did POTUS Fell Asleep During a Meeting?