Hollywood actor Orlando Bloom, 43, has uploaded a photo to his Instagram page where he is showcasing his newest tattoo. The post drew in a lot of attention and has more than 180,000 likes. The tattoo is a tribute to his son.

The “Lord of the Rings” and “Pirates of the Caribbean” star wished to tattoo his son’s name in Morse code, but many eagle-eyed fans pointed out that there is a mistake with the photo. 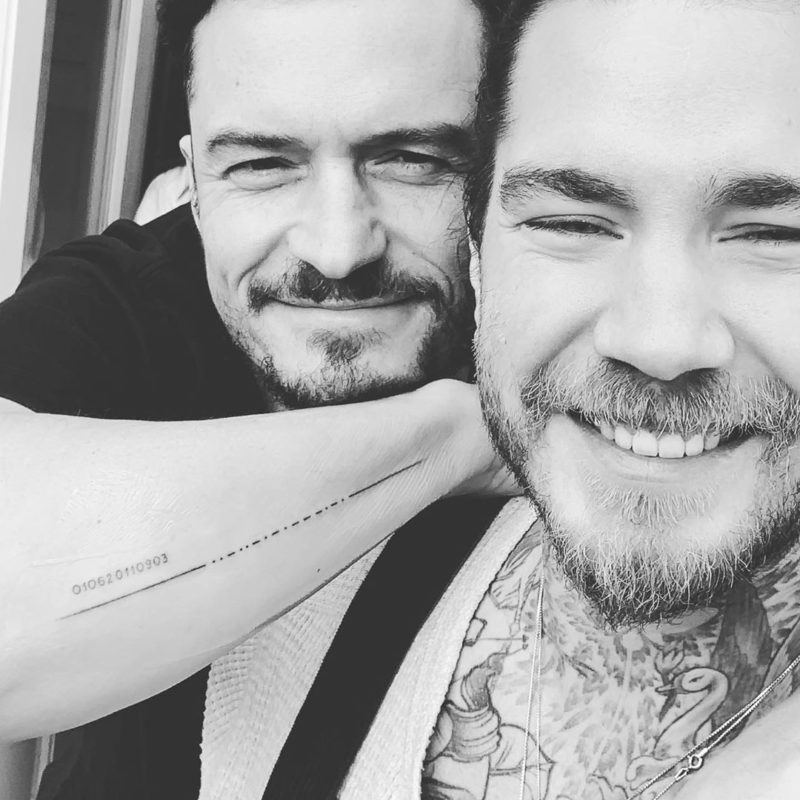 “If the tattoo was supposed to say Flynn, there is a mistake”, and “This says Frynn, I thought your son’s name is Flynn” were only some of the fan comments about the cool new forearm ink.

Round 2 with @orlandobloom + we added the missing dot to the morse code, and did a small one in memory of Sidi, his dog + conclusion: never fully trust what your clients find on pinterest ? + Life is officially back to normal

Bloom posed with the tattoo artist responsible, who also uploaded the photo of them to his own account. They have since come out and said that they are aware of the mishap and that there are plans to correct it…

Melania Looks Happier With Barack Obama Than With Donald Trump