There’s a lot of things going around in Johnny Depp’s personal life, and it’s affecting his business as an actor. For one, the fans would love to know what is going to happen to his cherished character, jack Sparrow. We all know that another installment of Pirates of The Caribbean is on the way, but will it feature Depp?

We will cling to the latest threads of hope, but is there any left? The rumors started circling that Depp’s character is going to be killed off-screen which would signal the end of Depp’s career as Jack Sparrow. The franchise is too big to die even without its lead act, but will it be the same without the man who made it all that popular.

What gives fans the hope of Depp’s return is that there are at least two films in the works by Disney revolving around the story that is close to the fans. The last film in the franchise was Dead Men Tell No Tales which came out in 2017. One of the two upcoming is a direct sequel to the last one, while another is going to be a spin-off with Margot Robbie in the lead role. 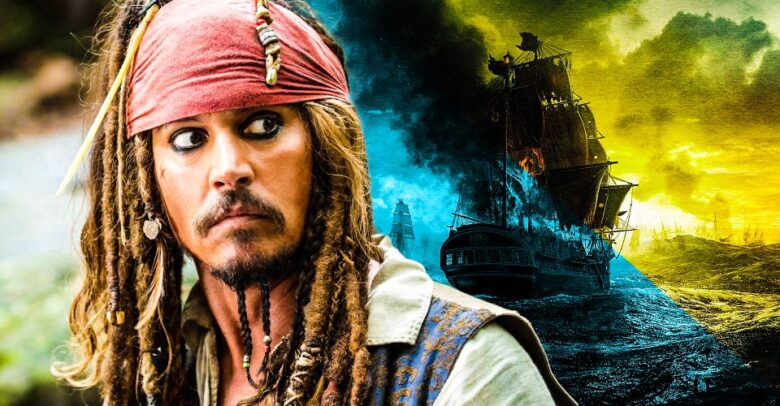 In the years before us, Jack Sparrow, played by Johnny Depp was the face of the franchise. The fans just loved him from the get-go, and it is hard to imagine any future film without him. But for now, the two movies that are in the works do not show his name anywhere near the cast and crew. What’s even worse, Depp doesn’t have any film planned in the near future due to his legal issues.

The Sweeney Todd actor was in a legal dispute with The Sun magazine, and he lost it. The magazine called him a ‘wife-beater,’ and they won in court after the actor sued them. This didn’t help his acting career as Warner Bros turned their backs on him. In addition to losing his role as Jack Sparrow, he will also not feature as Gellert Grindelwald in Fantastic Beasts And Where to Find Them. Disney also doesn’t want him as their lead role despite it being OK with the producer Jerry Bruckheimer.

At the moment his character is still alive in the Pirates of The Caribbean universe. But, with everything that’s happening right now, that might not be the case any longer. It is rumored that Sparrow will be killed off-screen and that the story about it will be talked about in the upcoming spin-off film featuring Margot Robbie. But, a source close to the production said this: “Several characters will reportedly discuss whispers that he’s faked his demise in order to escape the latest bounty on his head, thus leaving the door ever so slightly ajar for a return down the line.”

What this means is that we most definitely won’t be seeing Depp in the spin-off movie, but there will be a small chance left that he makes a return in the main series. Considering that in a few year’s time Depp could exit his legal issues, it would be wise to leave him on the side, for a great return.