Squid Game is a worldwide phenomenon, and with a good reason – it is an amazing TV show. Netflix hit the bingo with his one, and it spreads like wildfire in all spheres of life. This is why we’re not surprised that Squid Game costumes are becoming one of the most popular ones for Halloween.

The costumes from the popular TV show are the most sought-after merchandise. The reason is upcoming Halloween, and everyone wants to be trendy. No other TV or movie costumes sell in the same volume. The reason is simple. Millions of people have seen the TV show, and now they want to own a piece of it and look good for the upcoming Halloween parties. We already know you binged the whole thing. 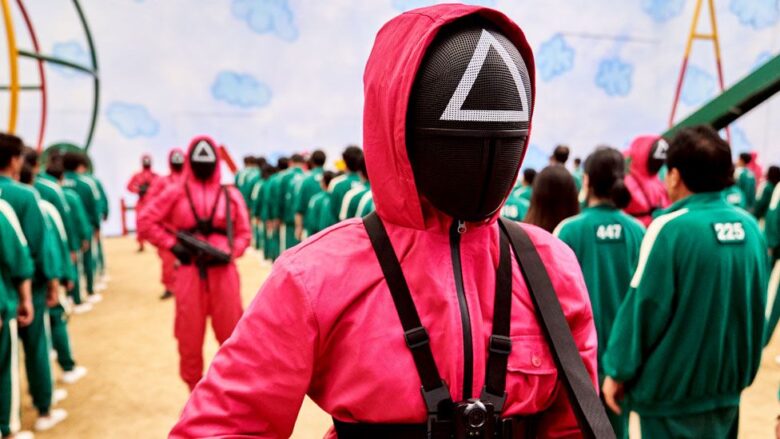 Trust us when we tell you, everyone has seen this masterpiece, and you should wait no longer if you’re one of those who missed it. Netflix released the data regarding the streams and more than 111 million users have seen this Korean series. Some of the other shows that have somewhat similar results include Bridgerton with 82 million. See, nowhere close to the SG, which is now a massive trend for Halloween.

The popularity of this show brought out the idea that you can dress up as some of the characters in the show. The internet searches are full of people typing how to get their hands on the Squid Game merchandise. We’re not speaking on our empty stomachs. A serious study was conducted by Design Bundles, and they claim no other TV Show or movie compared to the popularity of Squid Game right before Halloween. This is yet another proof that these series have become immensely popular in the short time it was online. It tops the sales charts, with occupation one-third of the top 11 most searched Halloween costumes. The choices are massive. You can go out as one of the contestants in a green tracksuit, or you can go as one of the guards in pink jumpsuits. Some that might look really intimidating is the one of the Front Man which has a black uniform and a mask. Also, you can mask as one of the VIP participants. The choices are many, and thus the huge surge of people trying to get their hands on some of these costumes.

Some of the other costumes that are searched on the net including some of the all-time popular ones, that aged well despite them being present in the mainstream media for a long time. We are talking about Catwoman costumes, a really popular one among the girls, and Spider-Man which is for men and boys alike. Other costumes that fill up the top five spots on the most searched list include Joker and Harley Quinn. What do you say? This is some top five list. Other costumes that are rather popular are the ones from Harry Potter, Wonder Woman, and dreadful clown Pennywise.

Here is Where You Can Find Your Favorite Squid Game...