Mission Impossible For Tom Cruise to Return His Stolen BMW

Guess people are no longer afraid of Ethan Hunt. This is our conclusion after Tom Cruise BMW was stolen during the filming of the Mission Impossible film. The incident took place in Birmingham while Cruise was on the set.

Mission Impossible is one of the most massive projects Cruise ever took on, as it now stands at seven installments. The Sun reported that while the work on the latest action flick, Tom’s car was stolen in front of the hotel where he was staying. Inside were the things that belonged to Cruise, whose worth is measured in thousands of pounds.

The car in question is the BMW X7, which was recovered shortly after not far away from the site of the crime. The investigation is ongoing, and the police are trying to determine who is the culprit. According to the information we have at disposal it would seem that everything that was inside was taken, so while the car is there, Cruise doesn’t have too many reasons to be happy. 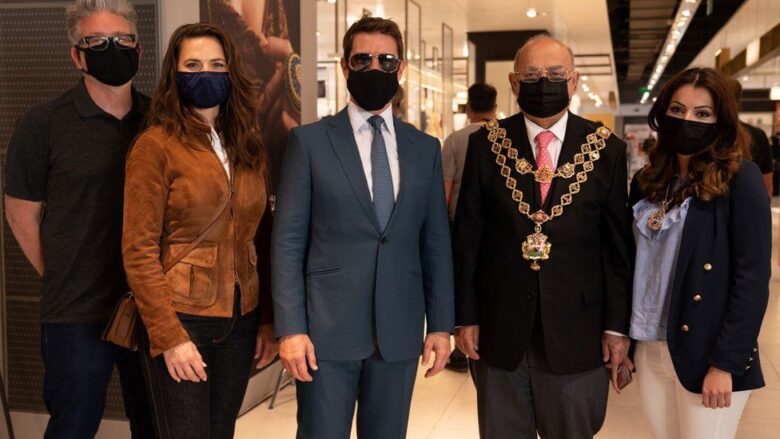 Apart from this incident, the city of Birmingham was thrilled to welcome the Hollywood superstar and the filming crew. The whole city spread their hands in trying to help the project end in a nice and welcoming manner, so they even had part of it closed for the public while the filming took place. Officers present on the site took the chance to pose for a photo with Tom Cruise. You could tell that Tom cruise is a massive name in all corners of the world, as even the mayor of Birmingham made himself available to take a photo with The Mummy actor.

Muhammad Afzal, who is the Lord Mayor of Birmingham, said this about the experience:” It had been a fantastic visit and fascinating look behind the scenes. Can’t wait to see the film when it’s released.” 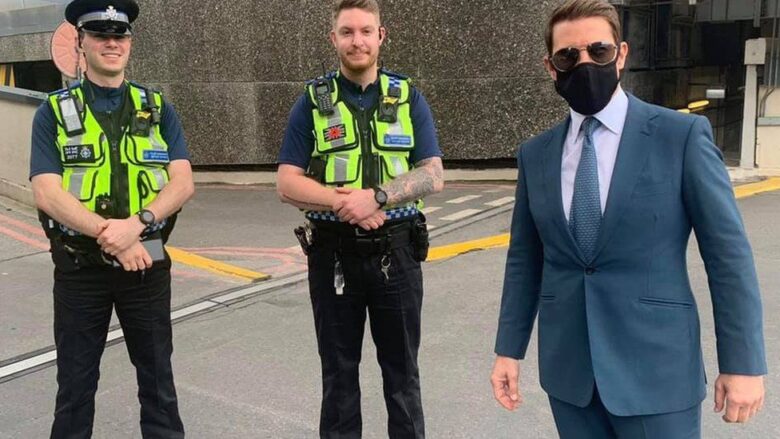 The filming of Mission Impossible 7 is ongoing for a while now, as the movie had the misfortune of facing a global pandemic. Because of COVID-19, the film will be released later than initially planned. At the moment it is set to hit the theaters on May 27th, 2022. It will be worth the wait, as it will move the bar of action imaginable. Tom Cruise himself is in charge of most action sequences, and in some scenes, he seriously risks his life. Him climbing the Burj Khalifa will be a walk in the park when you see what he has planned for MI7.

But, for now, Tom will be focused on retrieving his luggage which went missing when his car was stolen. We hope he’ll be successful in this endeavor the same way he was with the Mission Impossible franchise. It’s good to know that police are on the case, as official police reports say: “We received a report of a BMW X7 stolen from Church Street, Birmingham. The car was recovered a short time later. Inquiries are ongoing.” If police reach a dead end in their investigation, maybe they can call Ethan Hunt for help, in a mission that could be his if he chooses to accept it.

How Do You Pack for a Multi-day Rafting Trip? -2021 Guide