If you are not a fan of Nine Perfect Strangers, it is time you become one. The hit TV show features a scene in which Nicole Kidman and Manny Jacinto have a passionate time in bed, and the actress looks amazing. If you are a fan of Manny you can also say he looks fantastic. Either way both of them reveal their bare bottoms.

Fans of the TV show that airs on Hulu went ballistic upon seeing Nicole nude as if she was just born. No one expected that a nude scene will follow in the latest episode of the show. Yao and Masha as their characters are called in the show, really showed what good acting looks like in one of the rare passionate scenes in today’s TV shows. The fans of the show immediately went online to share their thrill about what they just witnessed.

This popular series is based on a book written by Liane Moriarty. It was a New York Times bestseller, and it revolves around a group of nine people who are all stressed out and employed in a health-and-wellness. Their place of employment promises its clients transformation and to heal all wounds. 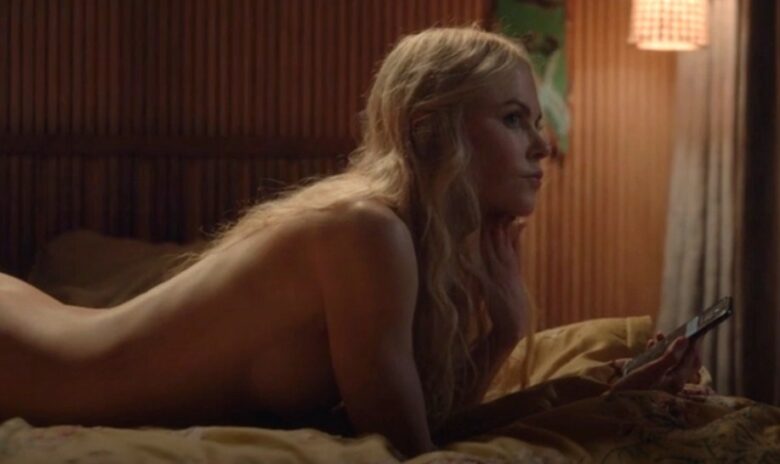 The ninth minute of the latest episode caused fans to go into a frenzy, as the scenes moved from one bedroom to another. When it came to the room in which Nicole resided the fans were left in dismay. The scene almost went fully nude, but we can’t complain about what we received. The Batman actress looks amazing as ever, and we can’t not to remain in wonder how she managed to keep up her shape.

Fans all over the world started praising both actors and their appearance even before the episode ended. One excited fan wrote: “Manny’s sexy, hot a**…….that’s where I’ll be all day, do not disturb!” Another added: “How can any of us complain about #NinePerfectStrangers when it shows us Manny Jacinto’s a**?” As if this wasn’t enough a third one said: “Manny Jacinto banging Nicole Kidman is prestige TV” 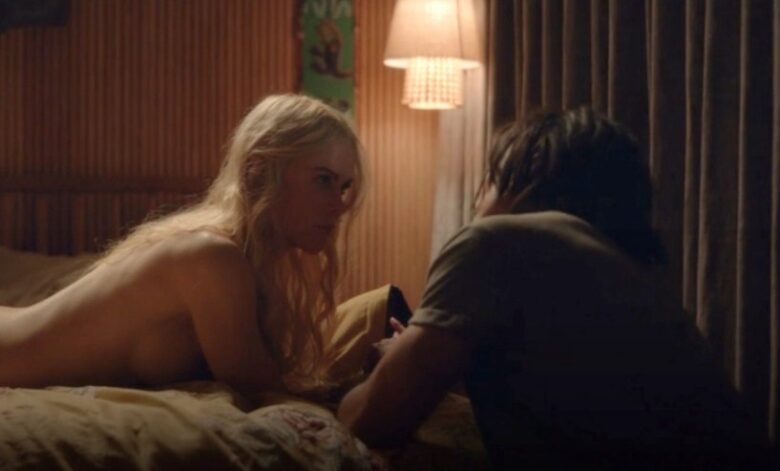 Jacinto gained fame after portraying Jason Mendoza on The Good Place. It would seem that not many fans knew just how good does appears when naked. As far as Nicole goes, we all knew she is a goddess. She’s the protagonist of this show. Kidman plays the director of the named spa, and the show follows her work through ten days, and the work with nine guests she has there. While everything is perfect and cozy at the beginning, with time a u-turn happens and chaos ensues. But, we’re not going to spoil anything for you.

Once the show gained traction, and more fans joined in, those who haven’t read the book were left wondering if the inspiration for the story were real events. While the story looks real, no it is not based on true events. It is really a work of fiction. The first season of this show will feature eight episodes. The first four are already available on Hulu streaming, so if this feels like your cup of tea be free to join the pot. You’ll have a new episode each week, from now on.

Besides Nicole and Many, other cast members include Michael Shannon, Bobby Cannavale, Melissa McCarthy, Luke Evans, Grace Van Patten, and Tiffany Boon, among many others.

ABBA Members’ Net Worth Is Astounding, Both Collective And Individual

Are Kanye And Kim Back Together Or Is It Only A Publicity Stunt For “Donda”?