Not every day you can see a player making history. During Sunday’s games, we had a chance to do so. New Orleans Saints’s Pro Bowl wide receiver Michael Thomas had a monster performance. One that entirely justifies his Instagram nickname. Can’t guard Mike.

During the Saints vs. Titans match, Thomas broke the NFL’s record for a number of catches during one season. The previous record-holder was Indianapolis Colts Pro Football Hall of Fame wide receiver Marvin Harrison. To surpass Harrison, Mike needed 10 receptions against Tennessee Titans. Marvin stopped at 143 catches during the 2002 season. 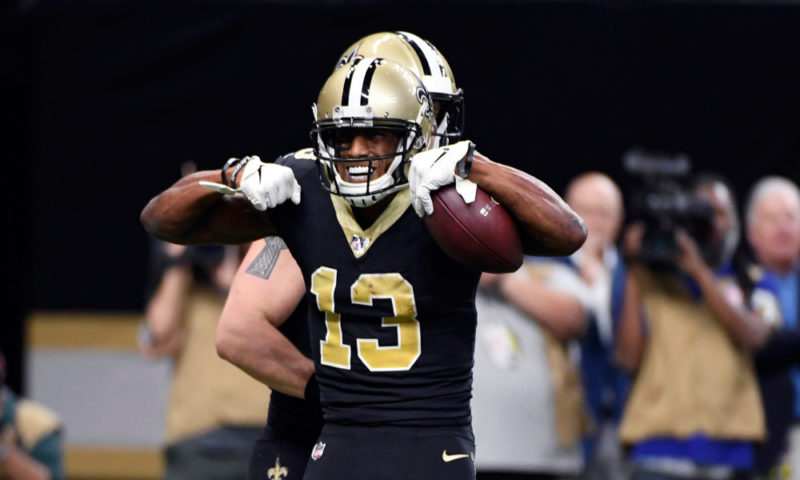 Thomas, being an unstoppable force that he is, had had 12 catches for 136 yards. He also added one touchdown. His performance was one of the main reasons why New Orleans Saints came out victorious from this game.

Now, Michael Thomas has 145 catches during the 2019 season. This number helped him pass Randy Moss for most grabs when counting players’ first four seasons. Twitter rushed to congratulate @cantguardmike. Most Notable names that sent their admiration to Thomas, from the world of sports were LeBron James and his fellow wide receiver Deandre Hopkins.

Congrats @Cantguardmike!!!! Single season reception record. Breaking the record on an incredible route he ran! Nasty! You literally can’t guard him! Fitting for his twitter handle. ???. ?????

Saints’ win and Thomas’s records were orchestrated as it’s usually the case by Drew Brees. Legendary QB had 279 yards and three touchdowns. Alvin Camara added another two. When these three are on fire, no team can stop the Saints as they march. This is how they came back from being 14 points down vs. Titans. With this win, their chances of winning the No1 seed in the NFC are still alive.

After San Francisco 49ers won against Los Angeles Rams, Saints needed the win to get back at the top of the NFC Conference. Having a bye week is something New Orleans wants, and they will try to get it next week vs. Panthers. Their Sunday’s opponent Titans are also in the hunt. What they want is a spot in the playoffs. They need to beat Houston Texans next week for this to happen.

There are a dozen games all of us NFL fans can look forward next week.