Meghan Markle and Prince Harry welcomed their second child, a daughter named Lilibet Diana on Friday 4, at Santa Barbara Cottage Hospital in Santa Barbara. The news was announced on Sunday on the official website of The Duke and Duchess, Archewell.

They named their daughter Lilibet Diana after the two most important women in Harry’s life his grandma, Queen Elizabeth, and his late mother, Princess Diana. t’s no secret that Harry loves his grandma very much and that he was hurt by the decisions she had made when she told them they can’t be half in – half out when they decided to step down as Senior Royals, but this is a sweet way to pay a tribute both to the Queen and also to late Prince Phillip.

When Harry and Meghan left the Royal Family and moved to the USA in 2022, many papers wrote about the rift between brothers and Harry’s betrayal. More stories were written after the shocking interview with Oprah where Harry and Meghan accused a member of the royal family of being racist. When Harry appeared at the funeral of Prince Philip many people thought that Harry will come in peace with his family, yet another interview in the series “The Me You Can’t See”, he accused his family of neglecting him And Megan and their struggle with mental health. 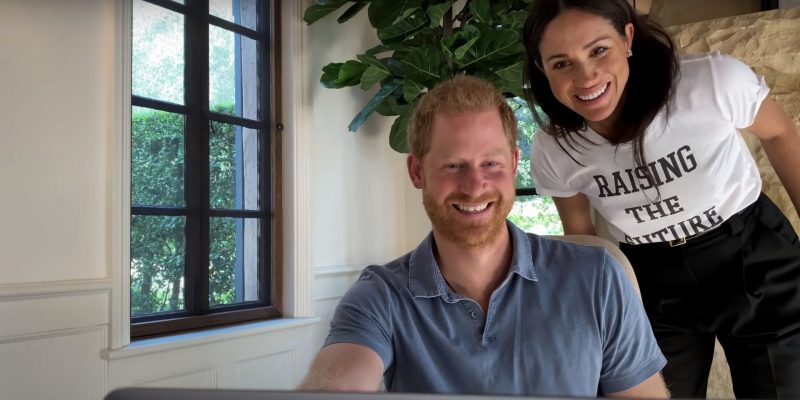 It looks like that the Royal Family does not have any hard feelings towards the Duke and Duchess of Sussex whatsoever. They were more than happy to congratulate the happy couple on the birth of their daughter Lilibet and they used social media accounts to congratulate the happy couple. The announcement of the birth of their daughter Lilibet wasn’t any different than Archie’s. When Archie was born Harry and Meghan were part of Senior Royals but they decided not to share the news the usual way. They first announce it on their Instagram page Sussex Royal and after that the members of the Royal Family congratulated them.

On the main Twitter and Instagram account of the Royal Family, it was shared that Queen, Prince Charles, Camilla, and Will and Kate are delighted by the Sussexes happy news.

Members of the royal family decided to share their own sweet messages and congratulations to Harry and Meghan and Archie on the arrival of baby Lilibet.

Prince Charles and his wife Camilla  congratulate the happy couple posting  the message on the Instagram account Clarence House.

Prince Harry’s cousin Eugenie who was married the same here as Prince Harry and Meghan shared the story on Instagram with the picture of the announcement of pregnancy with sweet message congratulations they’re cousins we couldn’t be happier for you She paired the message with a few heart emojis sharing her excitement of the arrival of a new baby to the Royal Family. Princess Eugenie give birth to her son August February and her sister Beatrice is pregnant with her first child