ECONOTIMES – 02/28/2020: It’s not easy being Melania Trump. A former supermodel is a wife to one of the world’s most divisive persons, Donald Trump. Because of him, everything she does is under the watching eye of the public.

Melania is working on an anti-bullying campaign, which was branded as brainless thanks to POTUS. The Be Best initiative was launched in 2018, and it works on extinguishing cyber-bullying and substance abuse among young adults. This is the project that Melania headlines as the First Lady, but it’s being scrutinized because of Donald Trump. 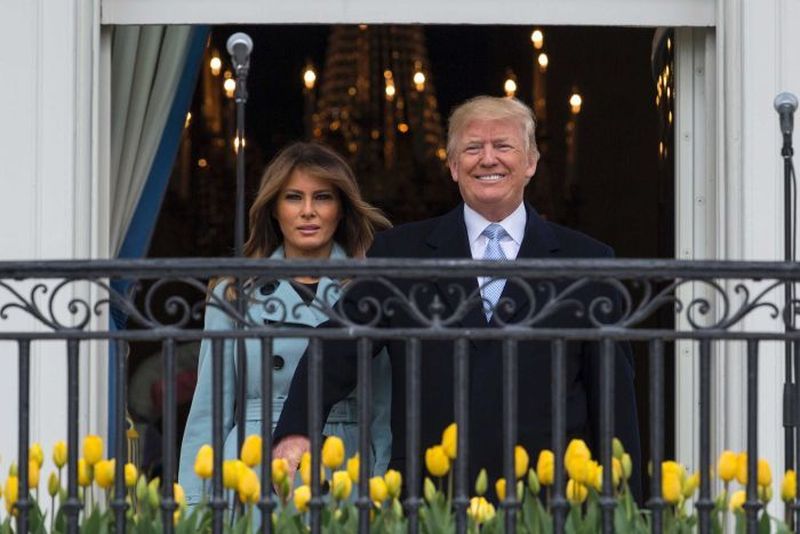 Melania Trump promoted her Be Best campaign even during her visit to India. There, the First Lady visited a public school and attended something called a happiness class. These classes teach children to be mindful every day from morning to evening.

During classes, the First Lady talked with students telling them to be respectful and kind. Because of this, she was mocked on social networks. The reason is, as we already said, her husband, Donald Trump. It’s hard to take Melania’s words seriously, as her husband is one of the biggest cyber-bullies in the world. The manner in which Donald Trump uses social media platforms is what Melania Trump tries to fight against.

If you take a look at the President’s Twitter feed, you will see that he attacks people every day. While Melania’s initiative Be Best aims to stop cyber-bullying among kids, it can be used on POTUS. President Trump doesn’t care who he attacks. He will insult his adversaries, such as Bernie Sanders, who is seventy-eight years old. But, he will also go down in trenches against little girls such as Greta Thunberg, aged seventeen.

Melania should look to take care of the first bully she comes across. As you can see, she shouldn’t even waste time looking for one.