EXPRESS – 01/26/2020: Donald Trump has his flaws, but you can’t deny that man has support. While there are TV stations and news outlets who are anti-Trump, there are those who fully support him. The host of America Talks Live, John Cardillo, is a known Trump supporter. During his TV show, he called Meghan Markle, who is known as Trump’s critic, a C-list actress, and an opportunist.

The first issue between the now President Trump and former Duchess of Sussex began in 2016 during Trump’s presidential campaign. At that time, Markle called him misogynistic and divisive. She was a Hilary Clinton supporter and threatened that she would switch the US with Canada if Trump replaces Barack Obama. Trump became President of the US while Meghan married Prince Harry and entered the Royal family. But, during both of Trump’s official visits to the UK, Markle was unjustifiably absent. 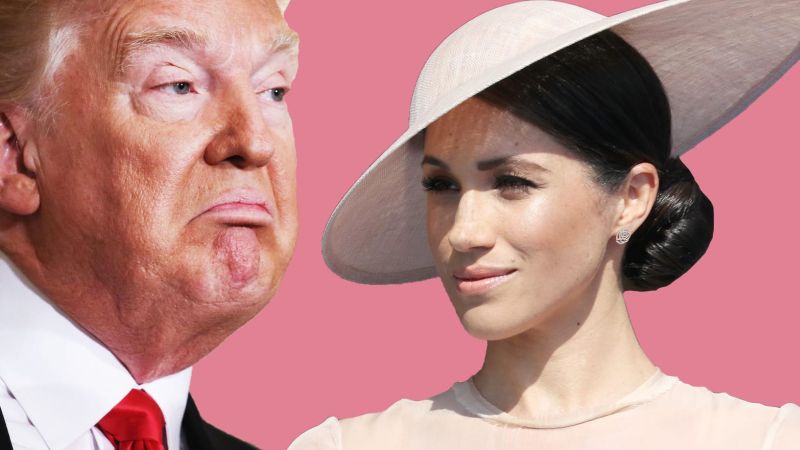 When Mr. Trump was informed about the comments Markle made of him, he stated that he was unaware of them calling Meghan ‘nasty’ in the process. Now, John Cardillo continues Trump’s war of words with Markle. During his TV Show, Cardillo stated that Meghan Markle is ‘an insignificant celebrity.’

According to him, Markle is only leading anti-Trump campaigns so that she would be on good terms with the Hollywood elite. By doing this, she believes that she will receive acting offers from the most notable names in the business.

Cardillo doubts that she will have success in Hollywood. He claims that Markle was a C-list actress in the past appearing as a supporting actress on a cable network show. According to him, she only rose to prominence and get treated as a celebrity because she married a prince.

Cardillo also added that Meghan Markle’s anti-Trump sentiment is not led by ideology but by opportunism, as she sees it as a mean of getting job opportunities in the entertainment industry.