EXPRESS – 01/19/2020: Now that Meghan Markle is no longer part of the Royal family, she’s expected to continue being politically active. As a member of the Royal family, she had to be neutral on political issues. Because of this President, Donald Trump expects her to continue her campaign against him. But, Trump already warned her that now that she no longer has Royal protection, he will not hold back.

In 2016 when Trump first run for office, Meghan Markle was Hillary Clinton supporter. She even went as far as to call Trump misogynistic and divisive. Her Trump anti-campaign ended when she entered the Royal family. Markle’s marriage to a member of a Royal family brought many advantages, but she was stripped of her political opinion. Or, to put it plainly, she had to keep it private. 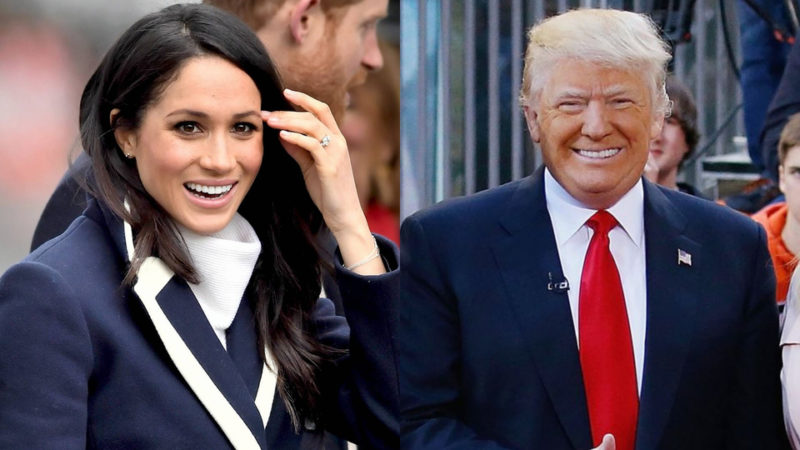 The Queen has to be strictly neutral, and all other family members need to do the same. Now that Meghan is living in Canada, people, including Donald Trump, expect her to continue her political activity. The reason she will probably do so is that the elections are this year in November.

Donald Trump is prepared for this as he was already commenting on the issue of Meghan and Harry leaving the Royal family on Twitter. Now, POTUS is prepared to confront her head-on as she no longer has Royal protection. You can tell that Mr. Trump definitely won’t hold back.

The Queen announced that Meghan and Harry are stripped of their Royal titles and all public funding that was available to them. White House is already monitoring the former Duke and Duchess of Sussex as it’s expected that she will continue where she left off in the past regarding her political activity.

Considering that both of them were vocal in attacks on each other, we are looking forward to the future war of words between Meghan Markle and the 45th US President Donald Trump.