EXPRESS – 01/26/2020: Donald Trump is capable of both praise and criticism. It depends on his mood and who you are. Most of his recent tweets and interviews were aimed at his Democrat enemies, so they were critical. But, in the midst of his negativity, he found time to praise one man. President Trump heaped praise on Tesla founder Elon Musk, stating that Musk “does good at rockets”.

Trump was referring to Musk’s involvement with SpaceX, which is also a company he founded. At the moment, it is one of the leading organizations regarding the commercial space industry. Their goal is to be pioneers in space tourism. At the moment they help NASA transport astronauts to the International Space Station. 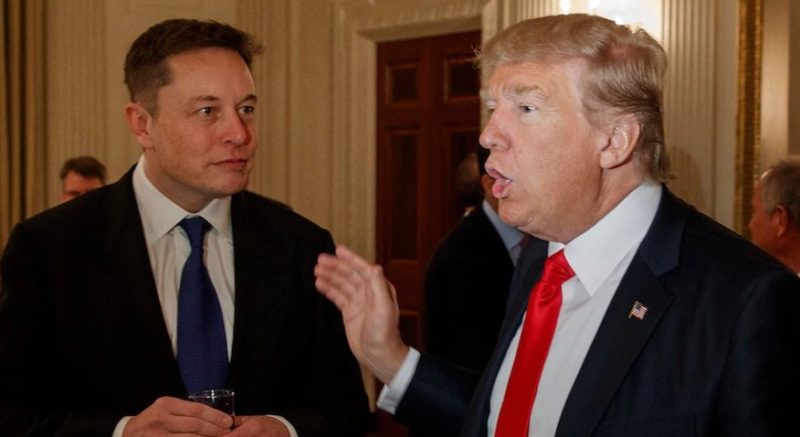 Trump and Musk had a bit of a turbulent relationship. At the beginning of Trump’s term in the White House, Musk was one of the advisers in Trump’s business council. Muck seized to be part of this body the moment POTUS withdraw the US from the Paris Climate Agreement in 2017. Since then, their relationship was on the ice. Now, it seems they are back on the same page, considering that Mr. Trump decided to heap praise on Musk.

During the interview, President Trump gave to Joe Kernen of the CNBC at World Economic Forum he talked about Musk. POTUS praised his work and prosperity he had with building rockets. According to President, the two had a fruitful conversation not too long ago.

In the second part of the interview, Trump promised that he is going to protect Mr. Musk. At the moment, it is not known from whom does he needs protection. Anyway, Mr. Trump was referring to protecting all geniuses who currently live and work in the US, as they are working on making the US great again.

Donald Trump also noted that he and Musk are working on the same thing from different perspectives. POTUS was speaking about the factory which Elon Musk is going to open in the US, concluding that both of them are bringing thousands of jobs to American people.