Oh my, what are you doing Megan Fox? The Transformers star decided to treat the world with her very impressive cleavage and a stomach flat as Earth in Kyrie Irving’s interpretation.

Read Also: Megan Fox Has Left Her Husband After 10 Years of Marriage

It’s been a while since Fox had a movie worth watching, but she still has the looks that are a cure for sore eyes. Just take a look at her appearance this Friday, and you can immediately tell it is not an outfit everyone could pull.

Megan is 35-year old but she could compete with any 20-year old without a fault. The Jonah Hex actress was sporting the looks for an actual photoshoot before she was caught by a paparazzi camera. As you can see one of the most attractive brunettes that ever greeted the Hollywood, sported a see-through v-neck shirt, a mesh top, and details in rhinestone. 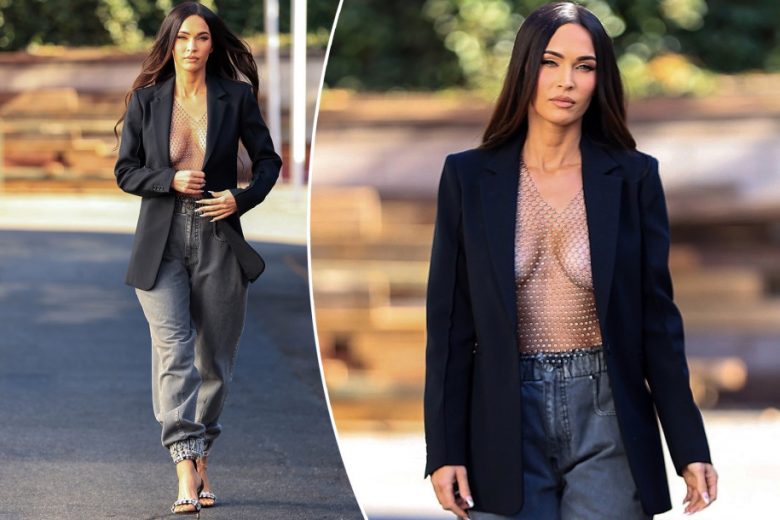 Of course, it was hard to turn their head from the central part of her body, but she did add the class to it by wearing a black blazer and gray trousers that are quite deep unlike the upper part of the outfit. The heels are black and white if anyone even managed to lower the view down to her feet. We can’t wait to see how she appeared when photos are taken by a professional photographer.

Furthermore, we can call ourselves lucky as she was spotted on her own and not in the company of her latest boyfriend Machine Gun Kelly. The two are inseparable since they got together a couple of months ago. It’s not like we don’t understand Megan or MGK and where is their attraction coming from. Young and beautiful could be their motto. The last time they were photographed together was at the biggest boxing even as of late when Logan Paul took on Floyd Mayweather. 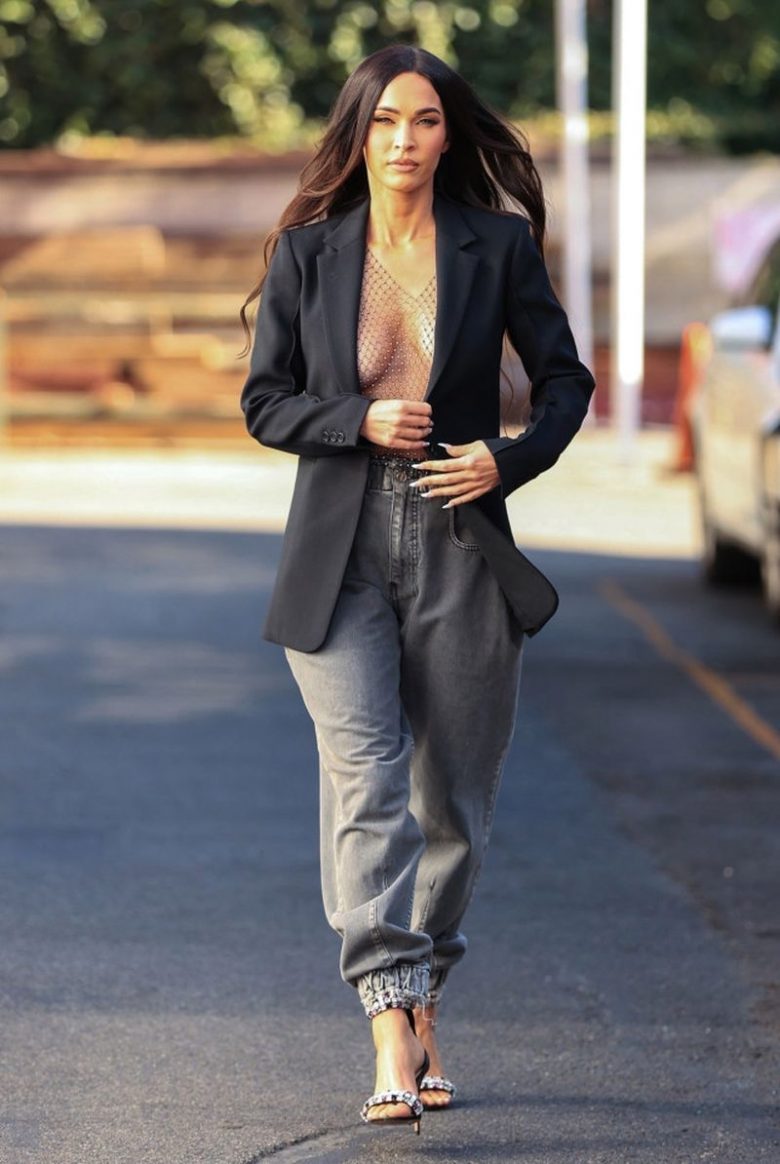 Read also: What Did Megan Fox Wear on the Red Carpet?

Before doing a video for Machine Gun Kelly’s song Bloody Valentine the pair met during the filming of Midnight in the Switchgrass. In addition to making music, MGK whose real name is Colson Baker also has ventured into acting. According to data we have at our disposal, Fox and Baker are together for a little over a year, as they started dating in May of 2022. It happened right after Megan split with Brian Austin Green. Megan Fox has been married to Green for ten years. Green married Fox in 2010 after six years of relationship. In November of 2022, The Teenage Ninja Mutant Turtles actress filed for divorce.

It certainly wasn’t an easy decision for her as the ex-couple has three children together: Journey, their youngest aged 4, Noah, the eldest aged 8, and a seven-year-old Bodhi. The children didn’t play a negative role between Fox and MGK as the rapper and actor has a daughter Casie from one of his previous relationships. Read also: Megan Fox’s Jeans Are The Only Alternative to The Skinny Varieties

This relationship and the movie Midnight in the Switchgrass signal a new start for the actress. Her career has been on the downfall after a bright start and films such as Transformers and Teenage Mutant Ninja Turtles. But, as her roles started to diminish and some of her projects have been panned by critics, the joke in Hollywood started to be that she can only land a role in a Michael Bay movie. This joke remained even after she lost her place in the third installment of Transformers when she compared working for Bay as working for the leader of Nazi Germany Adolf Hitler. The two resolved their issues as we could see in the TMNT reboot.

Considering that Fox kept her good looks and her talent was never in doubt we can only expect greater things from her in the future. We can say that we look forward to whatever she releases, being it a new movie or an appearance in music videos. In the end paparazzi photos like these are not to throw away either.

Kardashian/Jenner Family Ranked From Least to Most Successful