Matt Damon Settles in an Irish Town During Quarantine

Hollywood superstar Matt Damon, 49, has decided where he is going to live until quarantine in the States is over. His choice in interesting to say the least.

The famous actor picked the small Irish Seaside Town called Dalkey. Back in March, he came to this cute little town to shoot some scenes for “The Last Duel,” Ridley Scott’s latest movie. However, when the pandemic shut down everything, he decided to stay there until things go back to normal just like the residents. 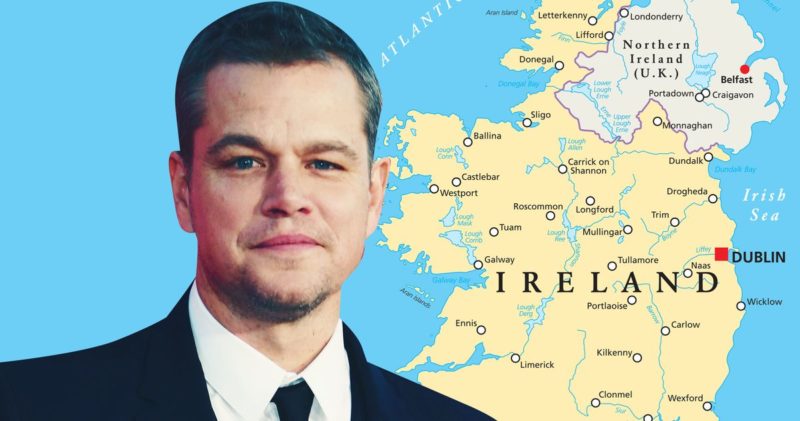 Damon’s main residence is in Brooklyn, New York, meaning he is quite far from his home. Now in Ireland, his wife Luciana Bozan Barroso and daughters Isabella, 13, Gia, 11, and Stella, 9, keep him company.

Matt Damon is me and every other lad who gets the 424 bus from galway city to connemara pic.twitter.com/DZATjWPCNd

The shocked locals spotted him on numerous occasions as he toured and walked the neighborhoods. For the past few weeks, countless fans stopped him for photos and autographs. They even have a new nickname for him, “Matt O’Damon.”

Read Also:Remember When Matt Damon Broke up With Minnie Driver on ‘Oprah’?

Looks like Matt Damon is really here. Is this a movie we are in. Help ??? pic.twitter.com/EAv36fRqPe

Dalkey is around 12 miles southeast of Dublin. It is famous for beautiful beaches and maritime history. Its nickname is “Ireland’s Amalfi Coast.” The residents are quite proud of the fact that Damon chose to stay, and now consider him one of their own!

Larsa Pippen Proves Once Again That Bikinis Are Her Thing