Before settling down with his wife Luciana Barroso, Matt Damon was one of the most desired bachelors. The young Matt broke the hearts of millions with his bright smile and witty mind. Eventually, jumping from one relationship into another eventually got old, and the Oscar winner was on the lookout for someone to share his life with.

Naturally, in his glory days, Matt mingled with the Hollywood elite, so, many romances were struck between him and his fellow actresses. Here’s a reminder of the actor’s dating history.

In 1988 the up-and-coming actor dated medical student Skylar Satenstein. The two met at Harvard University that both of them attended. A beautiful redhead was 16 at the time, and Matt was only a year older. The teenage romance lasted for about a year before the couple called it quits.

Damon was inspired by their relationship while working on “Good Will Hunting” and even named the character the same name – Skylar. Some scenes are based on real-life but Matt was never specific as to which ones exactly. Satenstein became a doctor and married Metallica co-founder and drummer Lars Urlich.

In 1997, Matt briefly dated Claire Danes. They never went public, and the rumors were quickly shut down. It remains a mystery to this day whether or not the two were in a relationship or not.

While filming the same Oscar-winning movie Matt’s co-star as Skylar was Minnie Driver. The couple started dating even before the movie was released, and Minnie seemed smitten by the young actor. Talking to The Telegraph the actress said: “I was blown away by his commitment to me as an actor, he was cute and intelligent and altogether a really charming package. I was young and I fell for him — it’s an occupational hazard”. Unfortunately, the love didn’t last ending in one of the cruelest break-ups in Hollywood history. Namely, in April 1998 Matt went on a super-popular Oprah show and declared that he was single regardless of the fact that the whole world knew he was in a relationship with Minnie. That’s how the actress and his partner at the time found out that she was suddenly single too.

It was embarrassing and degrading for Driver, so needless to say, the two are still not on talking terms. After the shock wore off a bit Minnie gave a statement to LA Times: “It’s unfortunate that Matt went on ‘Oprah’; it seemed like a good forum for him to announce to the world that we were no longer together, which I found fantastically inappropriate”. She also described their breakup as “grim” and “dark”.

Whether or not Winona Ryder was the cause for such a dramatic split remains unknown. However, Ryder and Damon met at the New Year’s party of 1997/98. Regardless of the fact that Matt was in a relationship, Gwyneth Paltrow, who dated Ben Affleck, introduced Damon with Ryder. It was an instant attraction. The two even showed up together on the red carpet in March of 1998, a month before Damon publicly broke up with Minnie Driver.

Even though the couple tried to keep private things out of the spotlight, they were frequently seen at all Hollywood events and parties. Everything was dandy for a couple of years and one could almost hear the wedding bells. Nonetheless, the couple split in 2000 without releasing the statement for the media. Later, in one of his interviews, Matt Damon gave a semi-encrypted statement: “It ended for reasons far more pedestrian than, say, a mad orgy at the Four Seasons during which my feelings were hurt because Richard Gere was too interested in her”. Regardless of what did or did not happen, the two remain friends to this day. Damon also proclaimed that from then on he was only dating “civilians”. 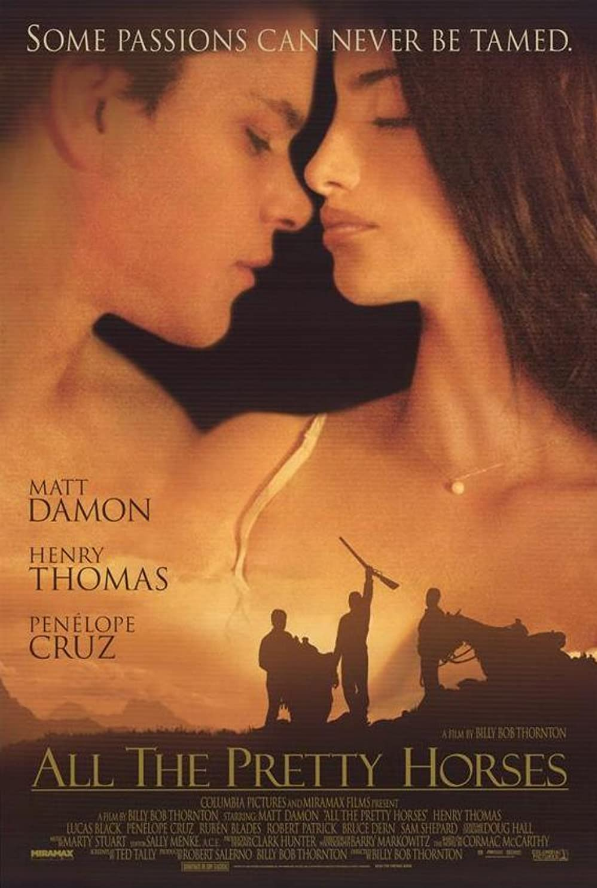 In 2000 Penelope Cruz and Matt Damon supposedly hooked up. It was never confirmed by either side, and they never went together on any public events. However, they kept a friendly relationship decades after the rumored fling. The very same year Matt was seen with a supermodel Kara Sands. Although they were caught by the paparazzi a few times, the couple never spoke about the alleged relationship.

After a few short flings, the actor met his friend Ben Affleck’s former assistant, Odessa Whitmire. She was a “civilian” Matt was looking for and the couple stayed away from the public as much as they could. Trying to protect his new romance, the two were rarely seen together in an attempt to savor their relationship in private. However, Sandra Bullock unexpectedly spilled the beans when talking about Ben Affleck: “Ben doesn’t like publicity. I know he’d much rather have had it play out like Matt Damon’s engagement to Odessa”. This was furiously denied by Damon as well as his managers and PRs. By the end of 2003, the two went their separate ways. Neither one ever gave a statement regarding the split.

Now we come to the most important night in Matt’s life. While filming “Stuck on you”, the actor actually got stuck on someone – Luciana Barosso. At the time, an Argentinian ex-pat, a single mom, and a bartender never dreamed of dating a Hollywood superstar. However, destiny had other plans. Their stories about how they met really match. Damon said to Ellen Degeneres in 2011 that he and a couple of guys went to the bar, and: “I literally saw her across a crowded room. I don’t know how else our paths would’ve crossed if that didn’t happen”.

Luciana gave an interview in 2018 Vogue Australia: “He made me a ton of money in tips that night because of course everyone wanted to go and see him, so it turned into a really fun night, and then 15 years later here we are! We definitely had a connection right away, it was so easy to talk to each other, we were very comfortable. By the end of the night, he invited me to go out with his friends, but I was like, ‘I can’t, I have a four-year-old daughter, I’m not going anywhere.’” He then responded to her: “I love that you’re a mom and that’s your priority”.

On December 9th, 2005 the couple exchanged vows in a Marriage Bureau in Manhattan. The couple went on to have three daughters – Isabella in 2006, Gia in 2008, and Stella in 2010. Damon also adopted Luciana’s daughter Alexia. Damon tattooed all of their names on his right arm alongside his wife’s name.

In 2013, the couple renewed their vows in Santa Lucia. This time around it was a luxurious event with all the Hollywood names on the list. Afterward, Matt Damon stated: “I got lucky. I fell in love with a civilian”. The two beat the odds for now and are still going strong.