Adele lost some weight, is looking better than ever, and is on the market looking for a new man. With the latest reports incoming it would seem she might be onto something. In a sea of rumors we have, the one that is the most recent one; Adele has a new love interest in her life.

The Halo singer was spotted sitting next to Rich Paul, who is one of the most influential agents in the NBA. They were sitting next to each other in-game five of the NBA Finals yesterday. This is not a sight that is customary to the sporting event of this magnitude as the pair wasn’t seen together anywhere else. Getting tickets for this match, court-side at that testifies to the power Paul has in basketball circles. The first to jump to conclusions was Brian Windhorst of ESPN who referred to Rich as Adele’s boyfriend.

Talking to The Lowe Post podcast, Brian said: “Rich Paul, [LeBron James’] agent, brings his girlfriend to the game sitting next to LeBron. His girlfriend is Adele. Rich Paul is at the game with Adele.” 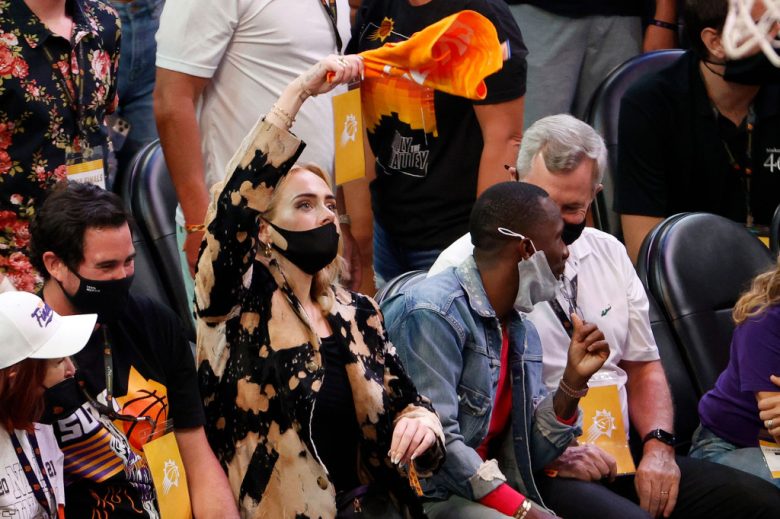 As the Milwaukee Bucks beat the Phoenix Suns 123-119, Paul and the Skyfall singer were doing what most couples would do at this event. They were talking, smiling, laughing, and of course watching the game. Before this, they have never been seen together in public.

Talking about the secrecy that obviously covered their relationship, Windhorst said: “This is the first time they’ve come out in public together. So, this will be all over the tabloids, especially in England tomorrow.” He was right about that, as you can see even we are already covering this story which is a big one if these two are seriously dating.

As we already mentioned, Paul is the agent of LeBron James and many other NBA stars. While the two had a short discussion during the game, it wasn’t as they were sitting all together. Judging on this we can conclude that as a matter of fact Paul and Adele were on a date. One clue that we have is that the pair follow each other on Instagram. This is no certain proof of their relationship as they have millions of followers. Some media outlets already reached out to Adele and Rich but comments were declined.

Windhorst said "Rich Paul brought his girlfriend to the game to sit next to LeBron, his gf is Adele"… he said it's their 1st public appearance. ?? pic.twitter.com/0cmNVip2vh

It’s hard to guess if they’re dating as only a short while Adele was linked with British rapper Skepta. This pair, as Adele is obviously a member of a couple of them was also recently publicly spotted on a shopping spree in Cabazon Outlets in San Bernardino, California.

We don’t know about you, but we’re in a pinch here. After all, Adele has been calling herself a single cat lady. It would seem she’s on the lookout for a new boyfriend. We can’t say we blame her. Besides, she’s a free girl now after getting a divorce from her ex-husband Simon Konecki. Whatever the case might be stay tuned as we’re going to follow this story through.