Marshawn Lynch Is On His Way Back To Seattle

After a string of injuries to their RB’s Seattle Seahawks are in desperate need of a runner. A man who could come in their aid is their former star, RB Marshawn Lynch. He has a meeting scheduled for today where the signing could happen. The news was reported by reputable sources such as Tom Pelissero, Mike Garafolo, and Ian Rapoport. All three of them work at NFL Network.

Nobody could have believed that Lynch would be back in the league this year even less so that he will be given a chance with Seahawks. Seattle’s head coach Pete Carroll said that he wants Marshawn back with the Seahawks and that he will be given an opportunity of a return. According to Carroll, he has been in touch with Lynch for some time now and that this plays a significant role in wanting him back on the team. 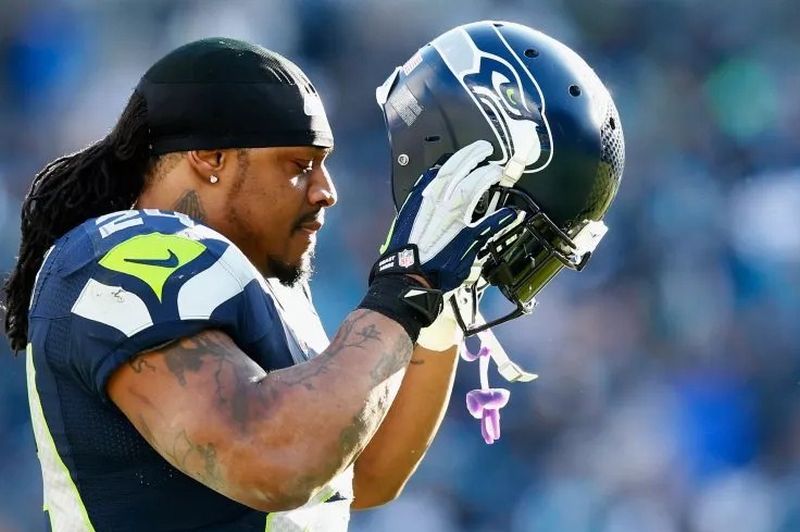 Seattle has one game to play in the regular season. They currently stand at 11-4 and are on a hunt for the top two spots in the NFC. Their NFC West division is also there for grabbing as they trail 49ers by only one game.

As we said, Seahawks are desperate for an experienced RB. Rashaad Penny is out for the year as he tore his ACL. In recent weeks Seattle lost another two running backs in Chris Carson and C.J. Prosise. Both of them are also out for the year. The only remaining RB on their roster is Travis Homer. You can see why Marshawn Lynch makes perfect sense.

Beast Mode spent six seasons in Seattle. Those were his most productive years in the league. During the span from 2001 to 2015, he was selected to Pro Bowl five times. His most significant success was, without a doubt Super Bowl XLVIII. He retired on February 6th, 2016, for the first time.

In 2017 he came back to his hometown and signed with Oakland Raiders, where he spent another two seasons. During that time he managed to score ten touchdowns on 290 carries. He also ran for 1.267 yards.

One of his most memorable moments with the Seahawks happened when he even wasn’t on the field. It was during the Super Bowl XLIX when Seattle had the ball on the one-yard line and decided to pass instead of run it through Lynch. Action ended with an interception, and Lynch was quite bitter after the event.

Now, if Seahawks reach the Super Bowl, maybe they can make things right and give the ball to Marshawn.