Onboard any airline in the economy class the only two choices when it comes to food, besides peanuts, are chicken and beef. Both taste like cardboard, so it doesn’t really matter what you pick. However, the top 1% live very different lives from ordinary people. Recently, Kris Jenner gave us a peek into the tasty menu onboard Kylie Jenner’s private jet.

Kris was traveling with her partner Corey Gamble from Los Angeles to the Italian island of Capri. She used the opportunity to snap a photo of the mouthwatering menu onboard Kylie Air. The choices range from Kardashian/Jenner clan favorite Chinese chicken salad to Mahi Mahi with mango salsa, Teriyaki chicken, and lentil soup. The menu is probably different every time since it’s a private plane with the crew eager to please the owner and her guests.

The youngest self-made billionaire purchased the plane in January of 2022 for $72 million. Besides excellent food choices, Kylie made sure that the plane is fit for long-haul flights. The jet has a bedroom, two bathrooms, and an entertainment suite. It goes without saying that the jet is equipped with a large cargo area for all the suitcases. In the lounge area, every seat has a Hermes blanket available in case it gets chilly. The interior of the plane is mostly painted in pink or lavender colors. Every passenger gets Kylie Skin pillows for maximum comfort and personalized loungewear.

The 23-year old businesswoman and the owner of Kylie Cosmetics was declared a billionaire in March of 2019. Less than a year later, rumors started swirling about the make-up mogul cheating her way up to the top of the list. Jenner vigorously denied any malversations inside the company. In January of 2022, Kylie sold 51% of her shares to beauty company Coty. The transaction documents were publicly released revealing that Jenner’s business was far less in scale with much smaller profits. 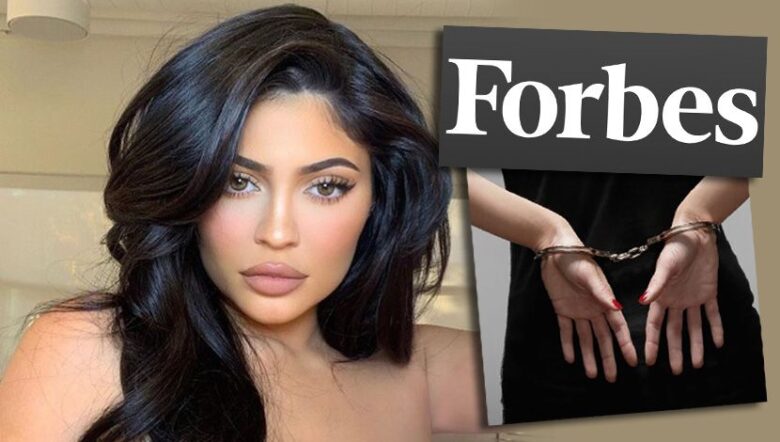 Omissions and right-out fabrications were out in the open to the horror of the whole family. The urge of the super-rich to present themselves as being ultra-rich was never understood by the common people. The family that invented the whole new concept of “famous for being famous” stayed quiet when Kylie Cosmetics tax returns were published. In any case, the dust has settled on the scandal, and Kylie remains one of the youngest, richest people on the planet. Ultra-rich.