A Hollywood couple chatted with Dex Shepard and Monica Padman on their podcast “Armchair Expert” when they revealed some astonishing hygiene habits. Mila admitted that she doesn’t use any soap on her whole body in her daily routine but rather just wash down with warm water. However, she did say that she clean all her “holes and slits” with soap and washes her face twice a day.

Ashton jumped in to support his wife saying that he also washes his armpits and crotch area every day, but not the whole body. The actor added that he does splash his face with some cold water after the workout “to was away salty sweat”. The couple uses only the old-fashioned soap, without any chemicals, so body washes and shower gels are out of the question.

The 37-year old actress explained that she never had any warm water when growing up in Ukraine. The habits from early childhood seem to stick with her to this day.

The couple that wed in 2015 share two children together – a daughter Wyatt (7) and a son Dimitri (5). When it comes to their kids’ hygiene, the same routine applies. Kunis said that she did not bathe her children when they were newborns – ever – since she saw no need to wash perfectly clean babies. The couple said that they bathe the children if they are visibly dirty and smelly, otherwise “there’s no point”.

The hosts, Shepherd and Padman, agreed that daily usage of the soap rubs down its natural oils. So, the two were delighted that they were on the same page with their guests.

The general recommendation for elementary school kids is to shower once or twice per week, depending on their daily activities. Still, modern society has other hygiene practices that almost require you to bathe and wash your face every day. Back in the days when access to soap and clean water was scarce people were susceptible to many diseases. Nowadays, good hygiene is practiced for aesthetic purposes – in other words, to smell good to yourself and others.

Mila and Ashton met on the set of “That 70s show” when the actress was only 14 years old. Even though the producers demanded that everyone had to be over 18 years of age, Mila managed to slip through by lying on the audition. Here’s a fun fact – Mila’s first kiss was scripted and it happened with her now-husband, Ashton Kutcher. The actor was not aware of that at the time as that would put so much pressure on him.

After the show ended, Kutcher went on to marry Demi Moore, and Kunis ended up with McCauley Culkin. Both ended their respective relationships in the same year of 2012, Ashton after 5 years of marriage, and Mila after 9 years of the relationship. It was perfect timing for the couple to get together. After a couple of months of dating, the two moved in together.

In any case, this Hollywood couple is notoriously private and in many aspects different from other A-listers. First, they rarely show up together on the red carpet. Their first public appearance together was in 2017, five years after they first hooked up. Further, they didn’t want to marry before gay marriages become legal in the state of California. The actress said that “if all people regardless of their sexual orientation can’t get married, neither will we”. 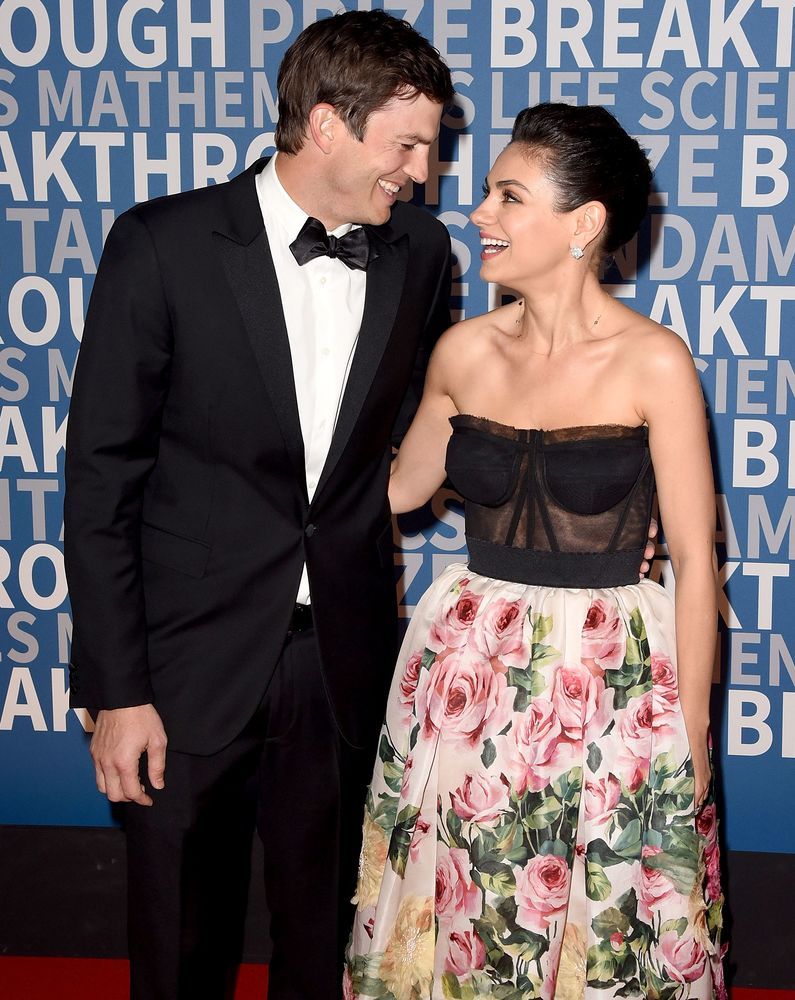 Also, unlike many Hollywood couples who have house staff and several babysitters, Mila and Ashton take care of their family by themselves. By the time they had children, both of them were well established in the show business so they had the luxury to slow down with work and focus on their kids. In the interviews, both of them emphasize the importance of their privacy and raising their children away from the spotlight.