Kris Jenner, the mother of the famous Kardashian-Jenner sisters, before the “Keeping Up with the Kardashians” reality show, was an infomercial queen. Jenner was selling “magic” candles that can “enhance your spirituality” and “dramatically improve your life.”

The video which leaked on Reddit and YouTube a few years ago was recorded in the 1900s, judging by the Jenner’s outfit and the quality of the recording. The candle collection called “Wicks of Wisdom” was created by Dr. Linda Salvin, a woman who became a psychic after surviving a plane crash in 1981. 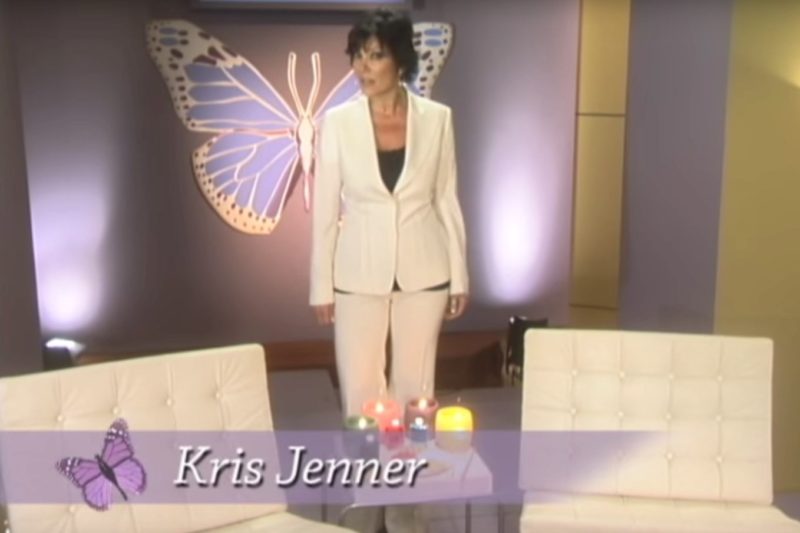 These candles supposedly can help “overcome the most incredible” situations. According to the infomercial, one set helps with money problems, another attracts love, the third enhances happiness, and the last set improves health. In the video, neither Salvin nor Jenner explains exactly how the candles can make all these things possible. What could be learned from the infomercial is that one set costs $100 (which was quite expensive during that time).

The video also includes testimonials from satisfied “Wick of Wisdom” customers. “When I checked the bank, it showed money!” one of them said. Another woman praised that candles helped her get a job, and the other found love.

By the way, Chris Jenner also had a pretty tumultuous love life in her younger days. She was first married to Robert Kardashian, who passed away in 2003 from esophageal cancer. After Robert, she married Bruce Jenner, 70, who became Caitlyn after changing the gender.

Read Also: Did Caitlyn Jenner Reveal That Kylie is Pregnant?

“I married Robert when I was 22 years old and got pregnant on our honeymoon. I have had the happiest life a man can only dream of. People often think that the grass is greener in the neighbor’s yard, that’s what I was going through when I cheated on him”, Jenner admitted. Specifically, she had an affair which she remembers as the biggest mistake she ever made.