Home Celebrities How Did Anna Wintour Become One of the Most Powerful Women in the World of Fashion?
Celebrities

She left school in order to become a journalist at 20 years old – How did Anna Wintour become one of the most powerful women in the world of fashion?

Even though Anna Wintour has the public persona of a cold and stubborn lady, she has been fighting against unrealistic portrayal of women’s beauty and anorexic models on magazine covers for a long time…

Anna Wintour, the chief editor of Vogue, has been a fashion icon for 30 years. Despite her years (she is 70 years old), she still looks remarkable! Her opinion is so powerful that when she says someone made a mistake by wearing a piece of clothing, all of us believe her. 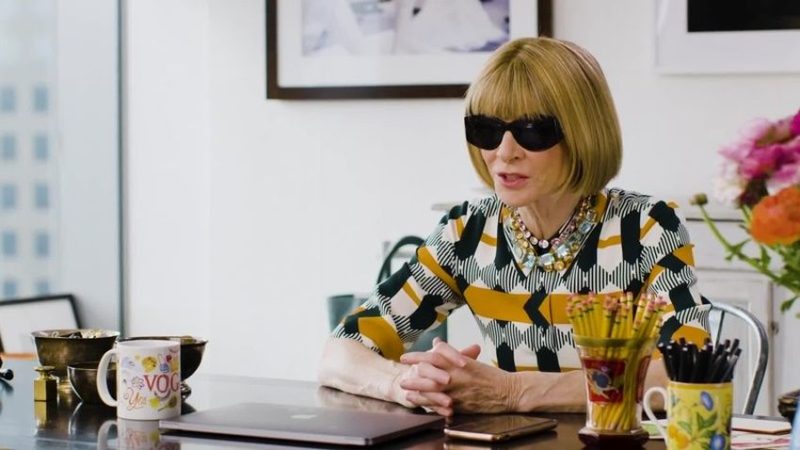 Known for her coldish attitude, black sunglasses, fur coats and high heels; she has managed to build an iconic public persona. As time passes by, it seems that Wintour’s opinion is more appreciated than ever. Thanks to her dedication to the fashion industry, she managed to build an empire worth 100 billion dollars.

Due to honest and somewhat cruel stands when it comes to fashion choices, everybody respects her opinion, and some are even afraid of her judgement. It is safe to say that a fashion item must be Anna-approved! Wintour inherited this attitude from her father, Chilly Charlie, the famous journalist. Her father was editor-in-chief of many newspapers, such as London Evening Standard, and Anna decided to take her father’s steps.

Ever since she was a child, Anna has had a strong feeling when it comes to the choice of clothes. Therefore, she would often protest against the school uniforms she had to wear, because she thought that it was unnecessary to make everyone look the same. She has fought for her identity and for people to start noticing her personality. Her signature sign is the ‘Bob haircut’, which she has worn since her youth. Anna fell in love with fashion in her teenage years, and the will for a unique and exquisite style had become her obsession.

▫️Wintour readily admits that if she has to choose between two equally impressive dresses, she will choose an advertiser over a non-advertiser every time. “Commercial is not a dirty word to me,” she says. . . #annawintour

In order to pursue her fashion career, Anna left school at 20 years old. Around that time, she started attending a fashion course, but dropped out soon, because she thought she knew fashion better than the lecturers. She would often say “You either know fashion, or you don’t.” Then she became a journalist and started working for various companies, including the Harper’s Bazaar, fashion magazines like Viva, Savvy, and Penthouse, and New York Magazine.

However, she wanted more. Her stubbornness has often led her to quarrels with bosses, but she simply wouldn’t give up on her ideas. In 1998, she became editor-in-chief of Vogue.

By doing what she loves, Anna has changed the way the fashion industry functions. She made Vogue a fashion bible, by incorporating sophistication and truth in the content of the magazine itself. Also, fun fact: there is no single celebrity who rejected to appear on the cover of Vogue. Anna was the first person to put the models who are not too thin on the cover of Vogue and has strongly fought against promotion of anorexia. The only thing she cares about is the quality.

By the way, she was the inspiration for the movie The Devil Wears Prada, which you must see, f you haven’t already!

All in all, we adore Anna Wintour’s critiques and compliments equally, because she truly is one of a kind!