NEW YORK POST – 03/06/2020: The picture of Kim Kardashian in the White House is nothing new. The famous reality star was there before; she’s back at it, and probably will be in the future. It seems that the future could be holding a political card intended for Kim, but who knows.

During Wednesday, Kim was once again in the Oval Office. This time the reason for her visit was President Trump. POTUS released three women from prison, and Kim Kardashian approved this decision. Hence the visit. 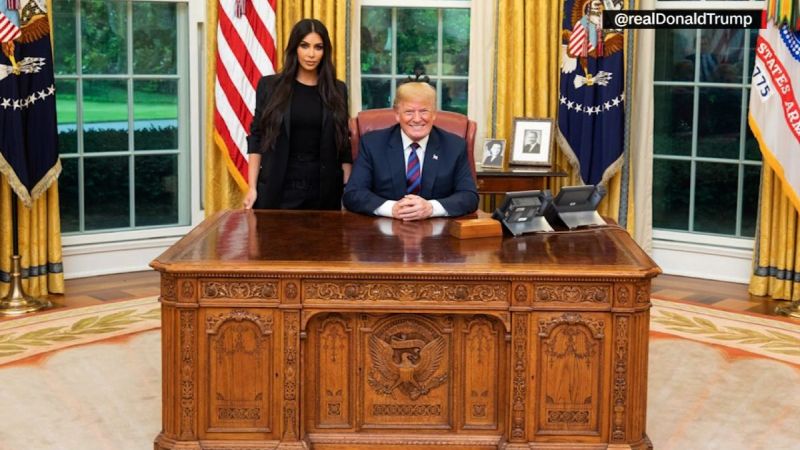 The women in question are Tynice Hall, Crystal Munoz, and Judith Negron. All three of them were given signed clemency as a guarantee of their freedom. Kim Kardashian supported these women during their time behind bars.

Jessica Jackson, the co-founder of the group called #cut50, praised Kim and her influence on the lives of these women: “She was helping with urging the women to tell their stories and making sure they were comfortable. She had supported their clemencies and signed on to a letter of support.”

At the recommendation of @AliceMarieFree, @KimKardashian and the @cut_50 team, these 3 mothers were granted clemency by @realDonaldTrump last month and are already using their second chance to pay it forward! pic.twitter.com/4ysQku3Mag

It seems that Kim Kardashian holds some influence in the White House as her visit wasn’t on the President’s schedule. The public first heard of it from Kim’s Twitter account. The social networks megastar wrote: “White House here we come!!” She also added a photo with Alice Marie Johnson, who has gained clemency two years ago on Kim’s insistence.

Today, they met with the President in the Oval Office along with @AliceMarieFree and @KimKardashian. pic.twitter.com/9pGp71BUOF

Kim also decided to share the stories of these women and to praise President Trump. On her Twitter account, she stated: “President Trump commuted the sentences of three really deserving women. I didn’t hear much about it in the news, so I wanted to share with you their [stories]!”

While the praise for POTUS in this instance is well deserved, this makes Kim Kardashian one of the rare celebrities who side with Mr. President.