DEADLINE – 05/30/2020: Jimmy Kimmel is not a fan of Donald Trump. We all know this fact. But, in a serious tone, the comedian decided to criticize POTUS once again in one of his monologues. The reason is the same as for many of the things regarding Trump these days, the killing of George Floyd in Minneapolis.

Unlike our President, Kimmel dealt only with facts. He was passionate about everything that is wrong with the current situation stating that we are currently stuck in a loop where violence gives birth to more violence. 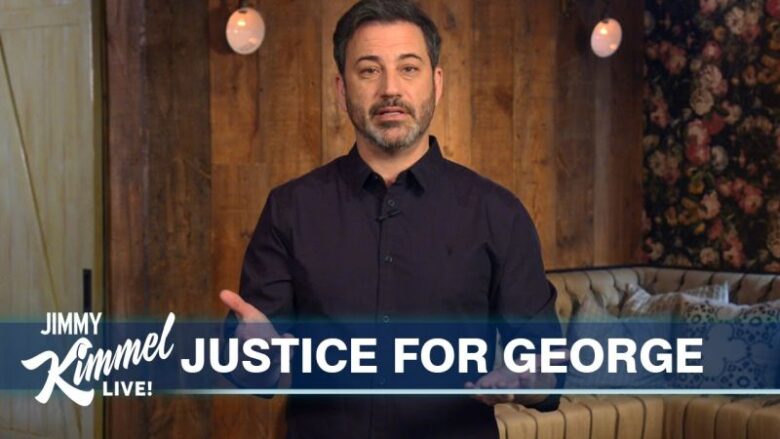 The host of the Late Night Show was especially disappointed with President Trump. This is not something new, but Kimmel believes that POTUS crossed the line with his shooting/looting comment.

This is what Jimmy Kimmel said about Donald Trump and his future as the President: “I especially want to pose this question to older people who have seen (racial conflict) before: “Is this who you want leading us for President?” Enough is enough. We’ve got to vote this guy out already.”

After his monologue, Kimmel shared a video of a Nashville actor named Tyler Merritt. In the clip, the actor recites a speech called Before You Call The Cops. Video quickly became viral, and this the part that stood out the most: “I’m a proud man. I’m a proud black man. Does any of this really matter? No. I just wanted you to get to know me better before you call the cops.”

Above, you can see Jimmy Kimmel and his monologue called: “Justice For George.”

Tyler ‘Ninja’ Blevins Net Worth 2021 and Everything to Know...