People are convinced that there’s something wrong with Melania and Donald’s marriage. They often act strange when together as if they lack emotion one towards another. This is why Jimmy Kimmel decided to poke fun with them in one of his monologues during his night show.

Kimmel had a section of his show dedicated to the ongoing quarantine and decided to put in Melania and Donald’s distant relationship in it. In recent days we heard that Melania’s coronavirus test came back negative, and the famous host wasn’t surprised by this. Kimmel made the following joke: “Of course, she has. She’s been six feet away from her husband since Stormy Daniels. Their marriage was the inventor of social distancing.” 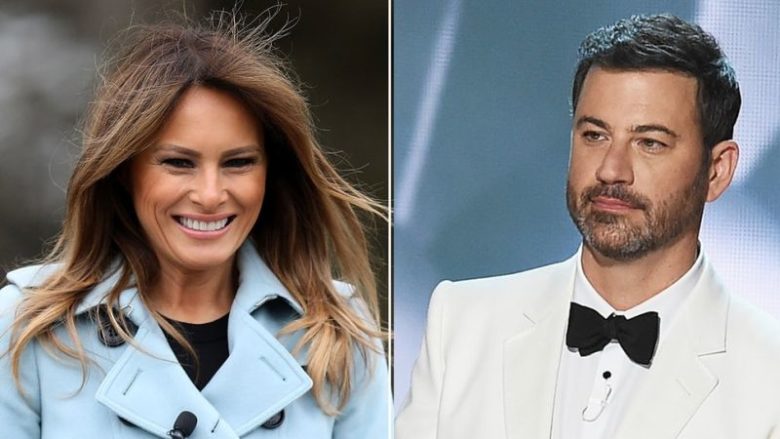 The marriage of the presidential pair is under the loupe for some time now. Many claims that there’s no love left between them. This was further evidenced when it became public that Melania and Donald do not share a bedroom in the White House. At one moment, the First Lady even refused to hold her husband’s hand, which was caught on camera. Because of this, netizens believe that their marriage will fall apart at once when Trump leaves the White House.

The reason why Jimmy Kimmel mentioned Stormy Daniels was because Trump was accused of having an affair with the adult actress. Daniels even confirmed these rumors during her 60 minutes interview. She also stated that she was asked never again to mention the incident. Internet users even suggest that she was paid off to never speak of this again.

These stories seem to bother the First Lady no longer as there was a change in her body language according to Judi James, who is an expert on the subject: “There was a turning point in Melania’s body language that suggested she finally saw herself as a fully-fledged FLOTUS with popularity and status in her own right. Instead of shadowing her husband, spontaneous-looking waves and direct connections to her audience suggest growing confidence.”

What Does Vladimir Putin Know About Coronavirus?

Meet Chowder: This Dog Has Half a Million Instagram Followers